How to get this particular black and white look? [closed]

I would like to know how to get this particular effect in photoshop. 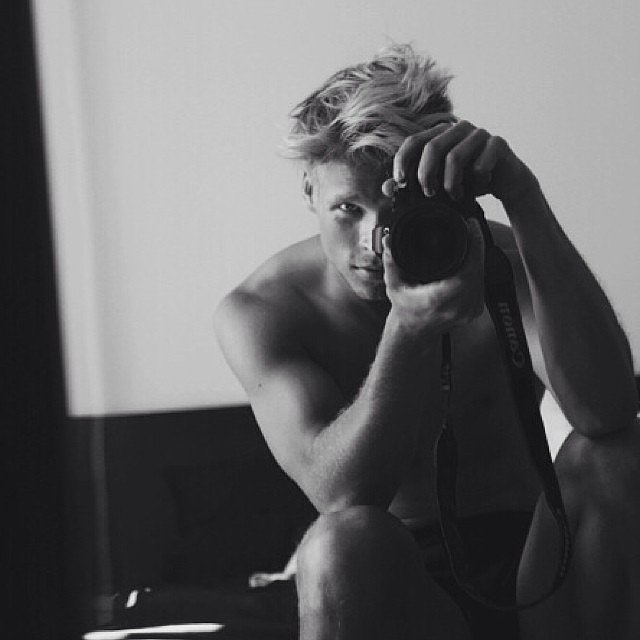 I would like to know how to get this particular effect in photoshop.

Images such as the example in this question aren't primarily about the post processing - they're about lighting the scene to get the look you want when shooting it. There are no real post processing "tricks" to take a high key portrait and make it look like a well lit low key portrait. Nor are there any "tricks" to take a low key portrait and make it look like a well lit high key portrait. Things that can be effective in post processing, such as killing the ambient are still dependant upon the light in the scene being in the proper ratios. You can't kill the ambient in post on an area that is brighter than the subject you wish to remain illuminated, at least not without doing a ton of very time consuming masking and layering that will make the whole thing look a lot worse than if you had just shot it correctly in the beginning. The same goes for producing a featureless pure white background.

As to the particular lighting needed to get a result similar to your example photo: Use a large, evenly distributed light source (such as a picture window) on one side of the frame, a light background behind, a mirror in front (to shoot your own reflection) and no light sources or reflectors overhead or to the other side of the frame.

Not the answer you're looking for? Browse other questions tagged black-and-white or ask your own question.

44
What does it mean for a photograph to be “high key”?
16
What does it mean to “kill the ambient”?
7
How can I get a pure white background in studio photography?
4
How do I get a black background with flash?
3
How do I reproduce this dark background on this photo?
3
How to create high contrast lighting on a face?
1
What setup/gear is needed to get this silhouette low-key effect?