How do old lenses get dented just on the filter ring?

I often see old Nikkor lenses for sale that have one deformation on the lens barrel, at the level of the filter. The focusing barrel is intact, the rest of the lens is in good condition, the glass is fine. 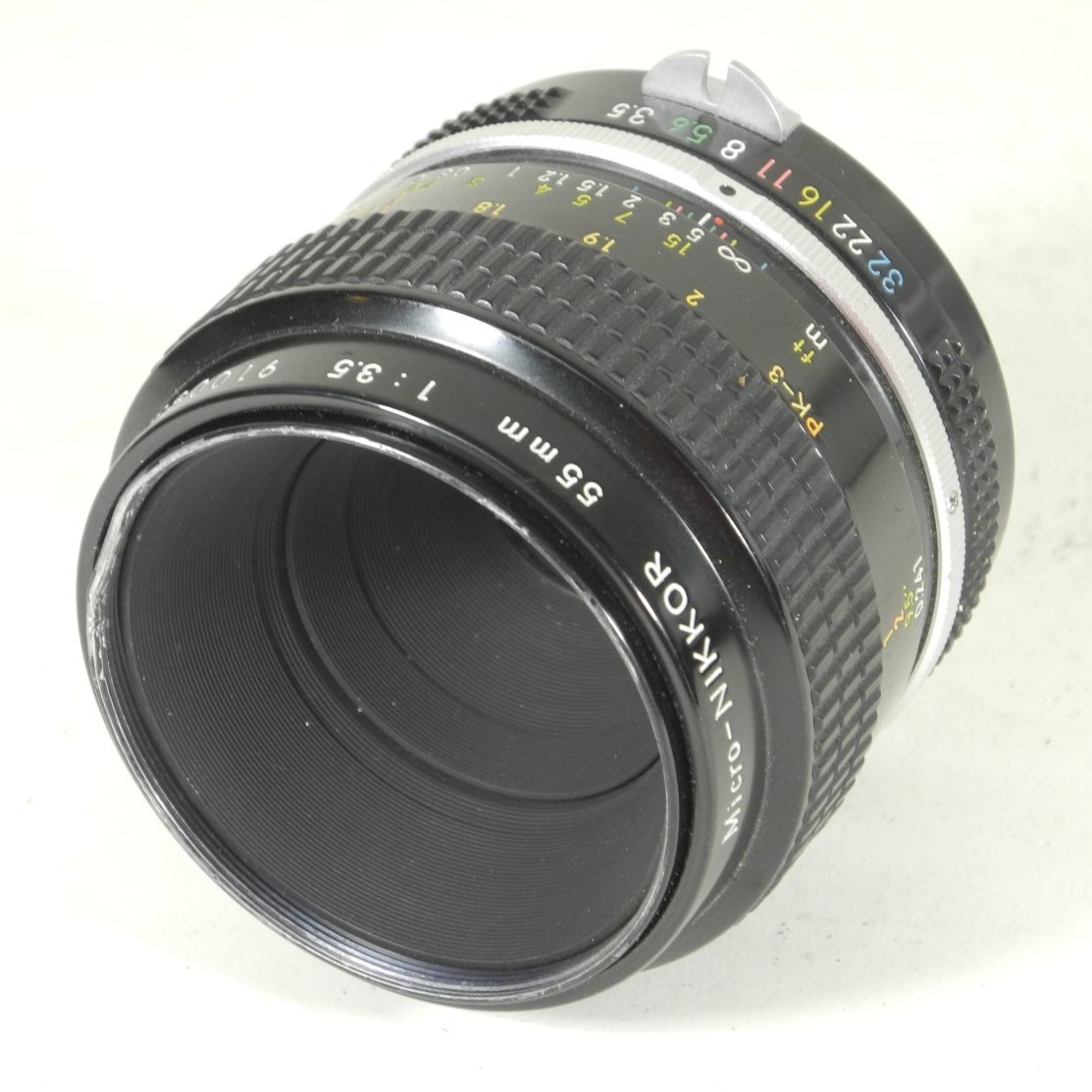 I can't not believe that a dent of this magnitude comes from simply dropping the lens, because I would expect some other damage, like an associated scratch on the focusing ring and the glass to have some damage!

Is there some rig people used to put their lenses on, or attach some device to the filter thread in the old film days that would cause this characteristic damage?

I'm also impressed by how much these lenses can go for - I would have thought not being able to use filters would affect the price, and the knowledge that the lens has been subject to such a large shock would cast suspicion on the lens calibration at least.

It's a bad combination of materials and positioning.

Damage of this sort usually is located on the 3 o'clock, 6 o'clock, and 9 o'clock positions on the lens filter thread due to knocks when suspended by the camera neck strap and by setting the camera down a bit too hard on a flat hard surface.

The reason that the damage is so severe from such light knocks is due to the material used for the lens barrel which is usually brass with surface treatment to reduce the reflecting surface. Brass is extremely soft. As an experiment, take a piece of tin foil and see how much effort is necessary to dent it. Brass isn't much stronger than tin. The threads inside the flange further weaken the thin metal there.

Add a heavy lens and camera and the filter threaded flange will dent easily with almost no inertia.

Ok, I think I figured it out: It's a tripod accident. I just did it to one of my lenses. What happens is that the camera is set with the pitch screw not completely tightened, and the camera pitches nose down due to the weight of the lens and the lens hits the tripod stem in just one place, very sharply.

I have two old lenses that I knocked down causing dented filter ring. Both were attached to camera body. One was a 2ft drop onto a soft flooring, one was a 1/2 ft knock to a basin, when I was hanging the camera on my shoulder. Both lenses are still functionally intact.

I agree that the damage was probably caused by being dropped, but I think it is just as likely that the lens was dropped while not attached to the camera, such as while cleaning, storing or changing lenses. I also agree that the value of a lens that has obvious damage is greatly reduced. However, if you can test the lens before you buy it and it works well in all other respects, it may be a worthwhile compromise in order to get a better lens than you could otherwise afford. Many vendors allow generous return policies if you are not satisfied.

A lot of it has to do with being careless in the first place or inexperienced people or kids getting ahold of a camera and banging it against something or dropping it.

Not the answer you're looking for? Browse other questions tagged lens nikon equipment-damage old-lenses or ask your own question.

14
Could my lens be damaged after being used as burning glass?
2
Why does oil leak from the aperture ring of old lenses?
3
What are the downsides of converting FD(n) lenses to EF mount?
3
Lens cap alternative to Canon cap which won't risk damaging my filter?
11
Front element shattered, can I have my lens repaired?
8
How can I seal the sticky rubber on an aging Sigma lens?
2
How to diagnose old Canon EF 35-105mm lens with autofocus motor too weak to reliably rotate lens barrel?
3
Can a plastic-barreled lens be damaged if stored inside a car? Can sunlight damage the lens?
2
How to fix shattered rear element of Zenitar 16/2.8 Fisheye?
6
Does a large scratch in an ND filter affect image quality?