Could my lens be damaged after being used as burning glass?

During a nice nature trip, sitting at a table with a bottle of wine, somehow we had the ridiculous idea to test a lens as burning glass (which performed quite well).

After we went home I started cleaning the lens and noticed a small curly path inside the lens, which I image could be the scars left from an intense heat beam damaging the lens’s guts, like some coating or other damage-prone surface.

So, is it possible that the immature act to use a lens as burning glass forever damaged the optics inside, or could it be something else?

(Stupidity left aside, it ain't some heavy glass lens, but a third-party prime, and quality seems untouched, so I don't really bother.)

Edit: So here are some pics. Didn't have a macro lens available though: 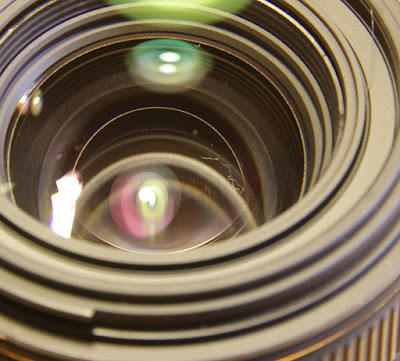 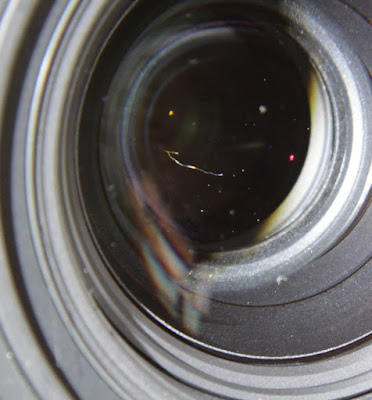 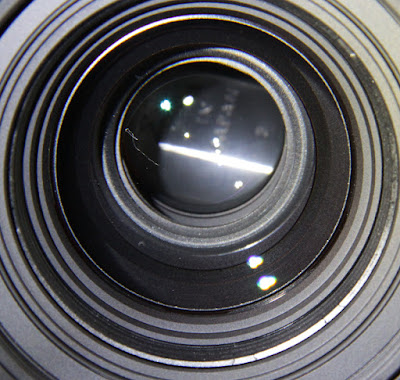 By looking more closely to it, it could be a small filament of some sorts. It really is inside the lens, I guess between the front and the second element. Impossible to get a precise side view as the image gets distorted by the front element. On the second picture you can even see a rainbow pattern on it as the light gets dispersed.

Also, it's almost invisible. I had to highlight it with a LED light from the side to to have it come out like that (like a scratch in a glass surface would).

lens troubleshooting equipment-damage sunlight
Share
Improve this question
edited May 30 '11 at 9:31
Berzemus
asked May 16 '11 at 10:58

I would say at least for most practical purposes the answer is no.

First of all, you only get intense heat where the light comes (at least close to) in focus, which does not happen inside the lens.

Second, you only get heat when the light is absorbed -- but a typical lens transmits virtually all the light, which translates to absorbing essentially none of it. A lens can't absorb any significant amount of light and still function even reasonably well as a lens.

I think it is highly likely whatever you are seeing was already there before your experiment. The reason you are noticing it now is because you were looking at the inside of the lens far more critically than you were before.

Here is my theory

That’s my two cents worth - might be possible to get the lens cleaned or repaired by a professional.

Sounds like a cool thing to try, for sciences sake did whatever you were burning burn quickly?!

There might be some damages internally incase of any plastic parts. Not sure about the internal construction. But yeah, definitely not a very good thing to try. But as for the glass the coating maybe damaged but I'm sure nothing would have happened to the glass. They definitely are made to last.

Not the answer you're looking for? Browse other questions tagged lens troubleshooting equipment-damage sunlight or ask your own question.

12
How do I dry water condensation off my camera?
45
Why does fungus form in lenses, and how to get rid of it?
3
Could a damaged sensor cause stripes on the image?
0
How can I easily tell if a cellphone camera sensor or lens is damaged?
6
Use of DOF adapters in stills photography
4
Could my camera been damaged if it was shipped without packing materials?
11
Front element shattered, can I have my lens repaired?
1
Left part of image is much softer than the right part: decentered lens or bad M42-EOS adaptation?
0
After I dropped my lens, focus locks but images are blurry — what could be wrong?
2
What are these streaks on lens element? How to remove?