I am using a 10-22mm lens with a variety of filters. I have been using the Canon lens cap which came with the lens over the top of the filters. I tend to handle my gear a tad roughly when I am out and as a consequence I have damaged one of my filters. I am not 100% sure when this happened but I don't remember causing any impact on it. 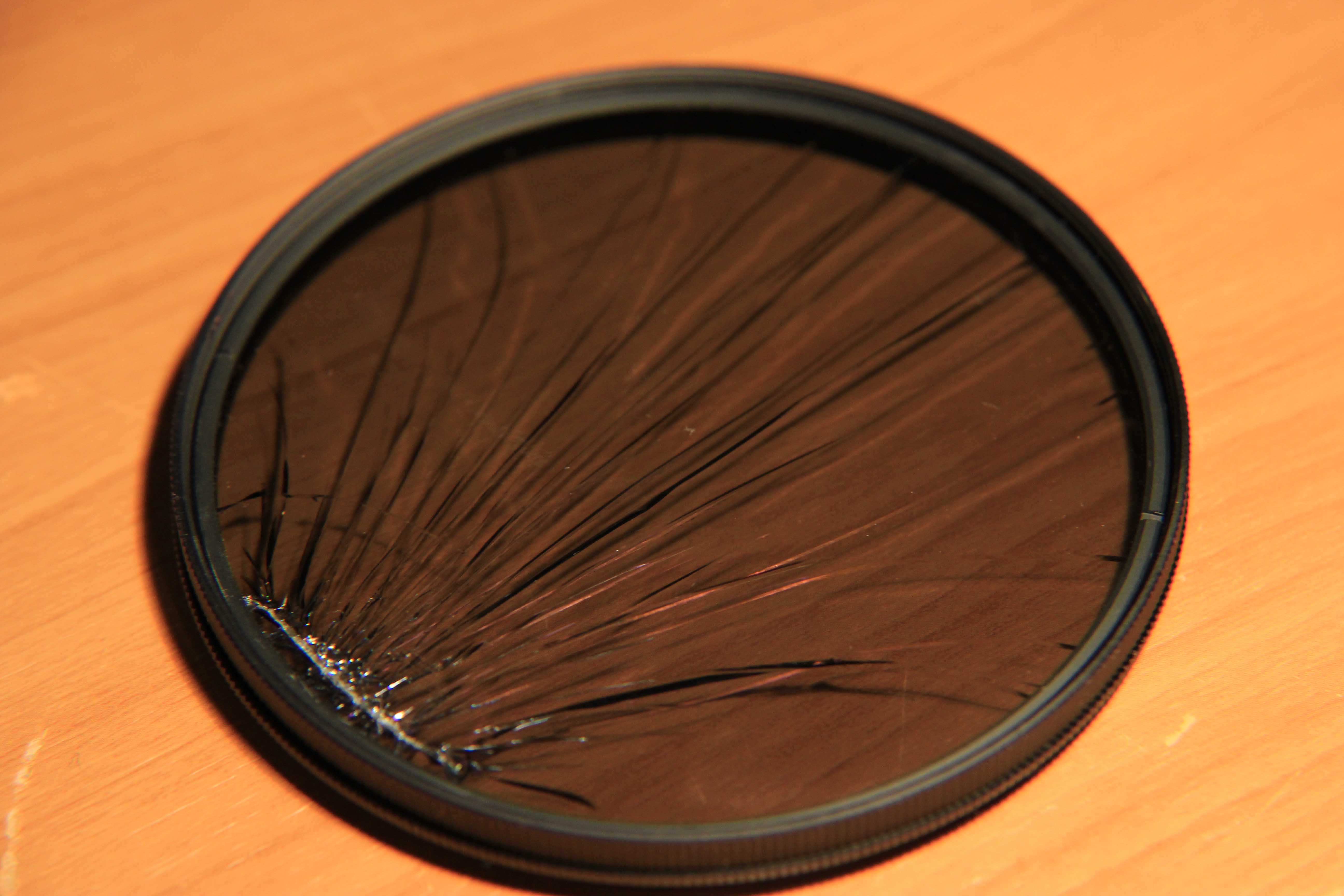 It appears that the cap may have contributed in some way as the chunk of plastic that bites onto the thread extends from the rest of the cap. Where this plastic extends is where the impact on the filter appears to have occurred. This isn't an issue when using the cap on the lens without a filter because the glass on the lens doesn't extend as far to the edge.

I have also noticed all my other Canon caps do not have plastic pieces that extend out like this.

My first question is: Is there an alternative lens cap design for 77mm that would not cause this damage.

My second question is: If I were to glue the lens cap onto the broken PL-C filter (which does not rotate any more due to the damage), would I be able to use that as a lens cap? I had a thought that by regularly removing and attaching the filter and cap combo, that I could do damage to the threads of another filter or lens. Would this be the case?

edit: There are alternative lens cap designs that look to be safer in these circumstances. These are over the lens cap/ones that are used on fish eyes, and push-on caps. I'm going to try and buy these somewhere to try. There was also an interesting article on the options on the ebay site. http://www.ebay.com/gds/Should-You-Use-a-Camera-Lens-Cap-a-Lens-Hood-or-Both-/10000000177629091/g.html check it out. Thanks for the help guys. I would upvote both but I dont have the rep to do so.

The damage does look like it was done by the spring-loaded part of the cap.

One possibility is that Canon's lenses and filters have a minimum thread depth that isn't being met by the filter. This can be true if the filter is a slim type intended for use with wide-angle lenses. If there's a gap between the rim of the filter and the lens-facing surface of the cap, an impact can allow the cap to be driven the rest of the way in and impact the glass. A similar thing can happen if the cap was improperly seated.

If you had a lens with a smaller filter diameter, I'd suggest installing a step-up ring and capping that. Since 77mm is the largest common filter size for SLR lenses, your choices are a slip-on cap (inexpensive) or a step-up ring and lens cap for cine gear (80 mm, which a standard size in that world; more expensive).

There is a different type of lens cap called "push on". This is possibility, but the one that came with my B&W polarizer doesn't work too well.

I handle mine roughly as well and have never see this happen. But there might be some truth for your assumption.

1st question: I only know of this design, and "over the lens" design for fisheyes. Furthermore i use generic, very cheap caps - As loosing a cap and not having a spare is one step closer to damage and shedding a lot of money for a genuine one is almost as bad...

2nd question: I would advise against, just for the sake of the threads and being cumbersome. I would think the constant attaching and removing a filter is not expected use for the lens and would wear it pretty fast. But i might be wrong here.

Not the answer you're looking for? Browse other questions tagged filters equipment-damage lens-cap or ask your own question.

27
How do you handle the varying sizes of filters in your kit?
1
What is an appropriate set of filters for a Canon PowerShot SX30 IS?
4
Is there a lens hood, step up filter ring combination in the market?
6
What is the difference between a Canon and Nikon lens cap?
2
How to remove sand from the lens cap?
2
Are there any sample images out there taken with ND filter and the Sigma 8-16mm lens?
5
Will a filter cause more or less damage when lens is dropped?
1
How do I use filters that came with my mirror lens?
1
Why do i get Lens reflection in final photo with Lee Nd filter super stopper 15 stops
0
How can I tell if this "2 in 1" lens hood and cap will be effective on my lens?