I am remembering the days of the old analog cameras that were equipped with a panoramic switch at the top left rim of the camera (Kodak 120?). You could look into the viewfinder and see the panoramic view once that switch was thrown. Anyway why can't the DSLR cameras today have a similar switch so "we" wouldn't have to do all this stitching?

If the old days you are thinking of are the late 1990s, you were probably using an "APS" camera. This is where the "APS-C" sensor size common in DSLRs today came from, but actually had three modes. The film frame size was 30.2 × 16.7 mm. When the full frame was used, this was called "APS-H" (with the "H" referring to HDTV ­— note the 16:9 aspect ratio). You could also select "C" mode (for "Classic), with an 3:2 aspect ratio the same shape as but smaller than 35mm film frames. 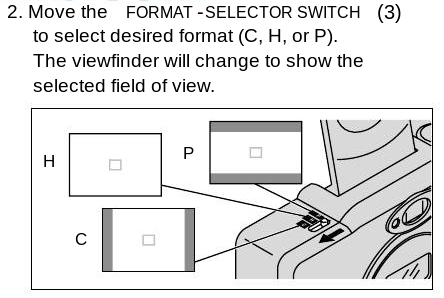 But the thing is, although the viewfinder was masked, in every case, the camera recorded the whole "APS-H" frame and along with magnetically-coded information telling the film processor to crop as appropriate. The "panoramic" images are just the middle of the frame with the tops and bottoms cut off.

There were also "regular" 35mm film cameras which used the same basic concept — the panorama isn't really super wide, and the camera just masks out the top and bottom of the frame so the relative width is greater. These include the Kodak Cameo afm, Olympus mju Zoom, and Fujifilm Discovery 312 Zoom — I think all of these predate APS, but not by much. As Michael Clark notes, Fujifilm (in cooperation with Hasselblad) also made the much more expensive TX-1 and TX-2, which actually do expose wider panoramic frames — but those were quite expensive and command quite a premium even in the used market now. (And, they're somewhat newer, with the TX-1 released in 1998 and the TX-2 update in 2003.)

In any case, you can easily do the same "crop out the middle" thing with any image from a digital camera today. If you're using a large-sensor DSLR, you'll even have more imaging area to play with than the APS film frame. But even with an "APS-C" DSLR — or for that matter, a small-sensor compact — you'll probably be fine with the 4×12" print size expected from those film cameras.

You are confusing concepts.

If you want the equivalent, on a DSLR, to popping the switch on the type of camera I think you are referring to... Do this... 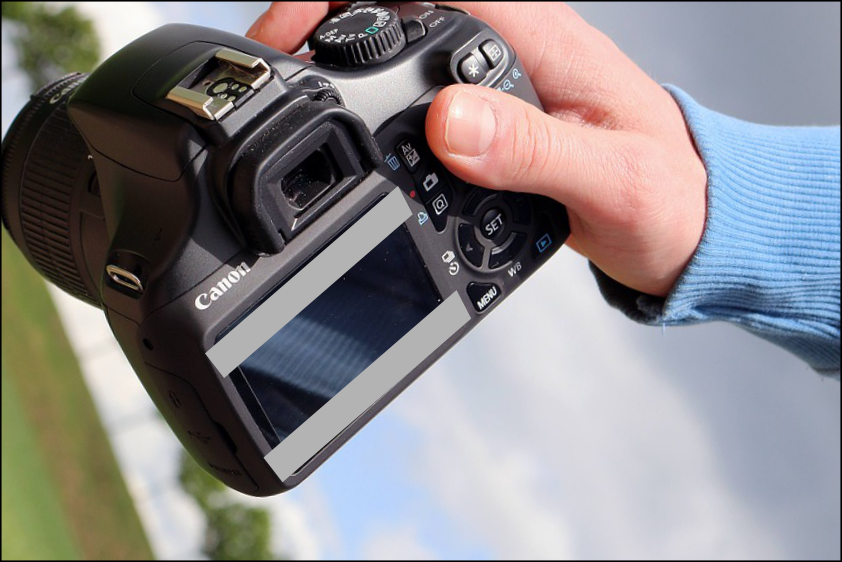 (Use insulation tape to cover the borders of the viewer.)

That is doing the same as the analog version. Simply giving you an idea on how it could look, but the photo will be shot exactly the same as without it.

Later, you will need to simply crop theactual photo, either digitally or by cutting off pieces of the print.

A real panoramic image is one that gives you a wider perspective of the landscape than a "normal" view. So, you first need to use a wide-angle lens.

The second part is to remove unnecessary and boring sky above the horizon, and probably, just probably remove some bottom part of it, to give the impression of a "panoramic" view.

Stitching is made to actually capture more angle, inclusive 360 views, more than the current lens you are using can.

There are some real film panoramic cameras, that had a shutter as a rotational curtain. That could capture more than a wide angle lens, without the distortion of a fish-eye lens... similar to modern stitching in digital images.

We have something much better on today's digital cameras, even on phone and tablet cameras. They will automatically stitch a series of shots to form a panorama. All you have to do is give the system a chance by holding the camera reasonably level as you 'follow the dot'. Of course, you can still take a single wide-angle shot and mask it if you prefer.

It used 135 film (35mm film) and could switch from shooting standard 24x36 mm frames to 24x65mm frames with the flick of a switch.

The real differentiator of the XPan over any other camera is its dual personality. With the flip of a switch this mild-mannered 35mm RF camera becomes a super-35, taking a true panoramic double-width frame of 24mm X 65mm; exceeding the actual frame width of even a 6X7 camera frame! I describe it as true panoramic because unlike APS cameras, for example, which create a panoramic mode by cropping the existing frame to a wide format, the XPan actually doubles the width of the film exposed. When the format switch is flipped a motorized blind is expanded and the viewfinder frame lines are adjusted appropriately. 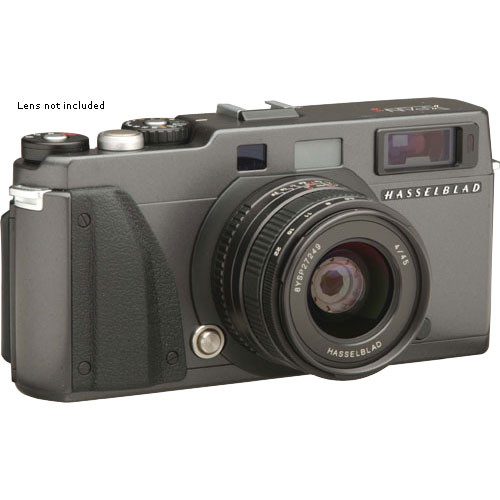 The motorized film advance rolled the entire roll into the camera when the film was first loaded and the back was closed. It then rolled the film back into the cassette as images were exposed. Since it could move the film either direction, it would actually reposition the film so that the edge of the previous frame was just past the edge of whichever mask was moved in front of the film.

There's the 'normal/wide' selector switch left of center and just right of the viewfinder in the far left upper corner. 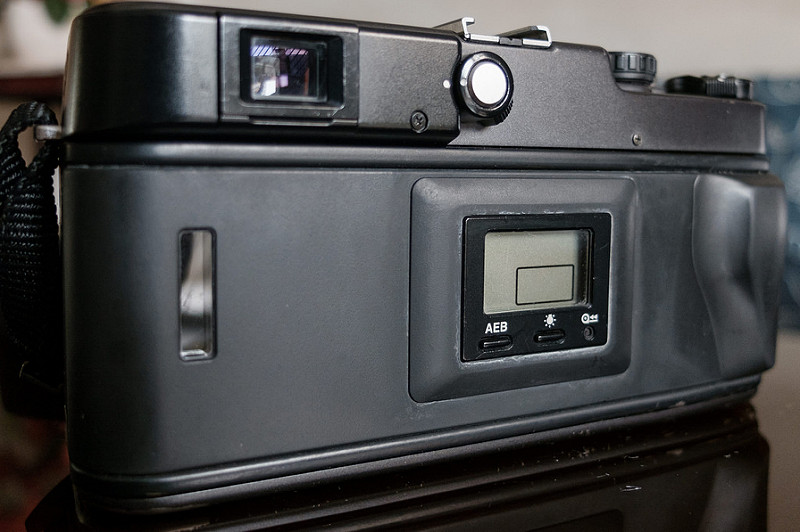 Anyway why can't the DSLR cameras today have a similar switch so "we" wouldn't have to do all this stitching?

Only if we made the sensors in cameras wide enough to capture the entire panorama at once and made lenses with image circles large enough to cover the larger sensors could we see the panoramic view all at once on the camera's LCD or in an optical viewfinder. We usually call such cameras and lenses "Medium Format" and they're not particularly cheap if we want to capture the entire image digitally with one exposure.

Those film panoramic cameras such as the Hasselblad XPan or medium format cameras that could shoot in wide formats such as 6x12, 6x17, or 6x24 had lenses that cast such a larger image circle and allowed a wider portion of the film to be exposed than was normally the case. If you wanted to use, say, a FF lens on a crop body camera you could do it by making the sensor as wide as a FF sensor. Which basically means you can do the same thing by cropping the image from a FF sensor down to a panoramic aspect ratio.

Many digital cameras will allow the view to be cropped to various aspect ratios on the rear LCD using Live View. That's about as close as you will probably get to those old film cameras that allowed more than one aspect ratio to be captured using the full 'short side' of the film when capturing a wider aspect ratio image.

Not the answer you're looking for? Browse other questions tagged digital panorama or ask your own question.