What does "long exposure" mean?

Very often, when people are talking about photography, they use the expression "long exposure". Here's a quote from a recent answer:

A tripod and long exposure were required for this shot.

Where do exactly long exposure begin?

Usually, long exposure photography is about capturing stationary scenes with elements of movement being blurred. For example, this shot I took in Rome: 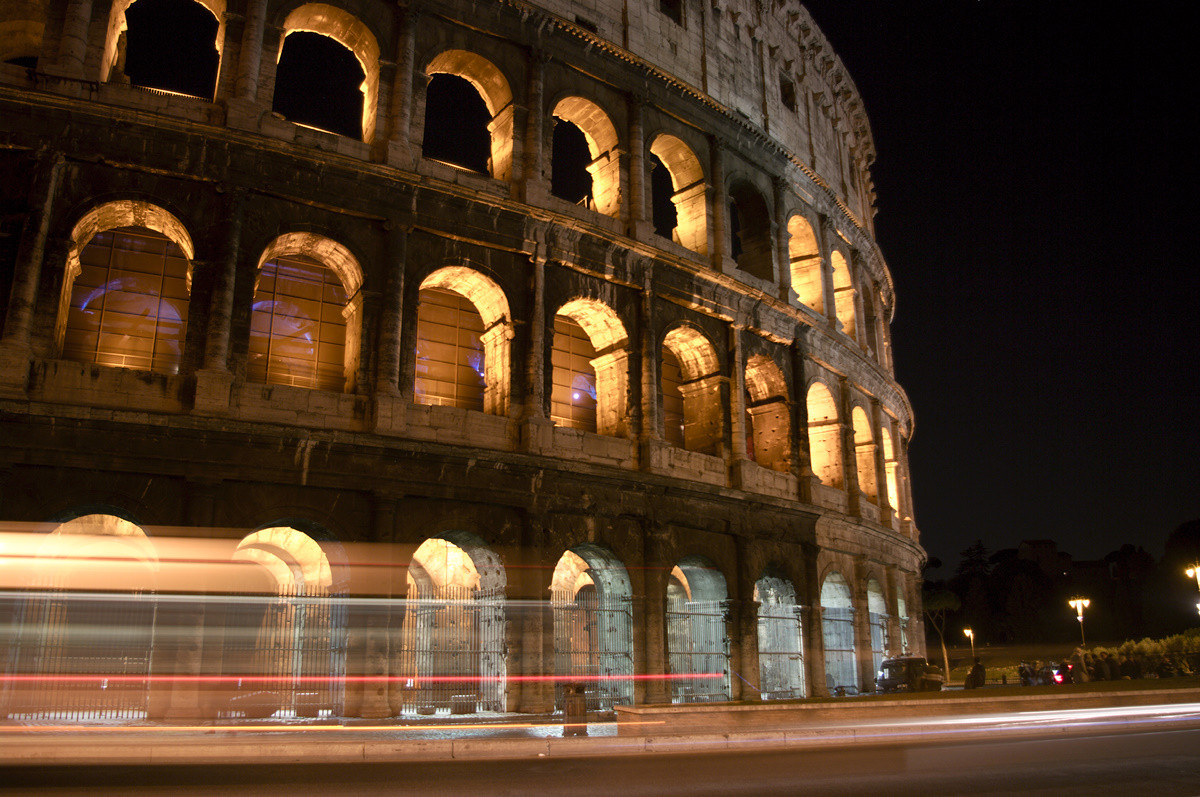 In this case, the exposure was 1.3 seconds. However, that definition isn't the only one, it's really just about capturing an image that will require a shutter speed that is usually too long to hand-hold. That doesn't mean you're on a tripod, you may be doing a long exposure shot hand-held for the effect, but under normal circumstances you would expect the need for a tripod.

I don't think there is a fixed amount of time in the definition of long exposure, but I'd go with something involving "blur" as you mentioned. Just keep in mind that "blur" is subjective and can be a quite important part of the picture, or maybe "unintended blur" would be a better criteria for the definition.

If you take panning (following you subject with the camera) for example, it usually generates blur around the subject, but it is exactly this blur that make the subject more "alive". On the example below, the exposure time is not that big (0.8s) but was enough to blur the background and let the running woman float above it. This shot was hand-held (as most pannings are): 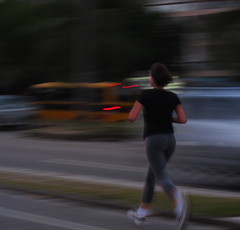 On the other hand, if you don't want the background to blur or need longer exposure times then hand holding the camera will certainly not work. But you don't need to necessarily use a tripod, just make sure the camera does not move.

For that you can use anything nearby that is stable. Here for example I used a rock on the floor for a exposure time of 3.2 seconds: 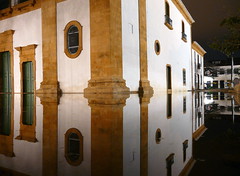 And here I used the church door to help me hand hold the camera for 0.3 seconds: 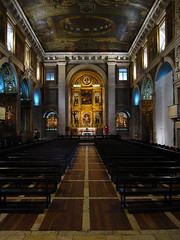 Or even the subway bench can help you... :o) 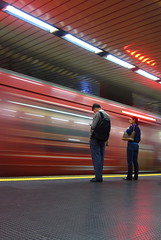 The point is, keep an eye for stable supports. Carrying a tripod is helpful, but not mandatory. One important thing though (at least for compact cameras) is to make sure you turn off image stabilization before taking a shot from a stable position (and make sure you turn it back on later).

Long exposures aren't only to do with getting subject blur, long exposures can be used when there is very little light or you need a large depth of field in low light.

To me, this is a sort of general term, whose meaning will change depending on context.

Given no other information, I would tend to think of "long exposure" meaning about a second or more (and it could be a lot more -- hours, and beyond).

That said, I think in certain contexts, even exposures that we'd normally think of as fairly short could be considered "long exposures" -- a 1/100" shutter speed would be a "long exposure" for, say, a shot of a hummingbird through a 400mm lens... there'd be blur, even with a tripod, because the bird's movements are that fast. Usually, though, 1/100" is not something I consider to be a long exposure.

So, how to define it, that would give a general answer? There are a variety of options. Wikipedia says:

which I think basically meets what I've said so far, though perhaps makes the 1 second exposure not necessarily count as a long exposure (a sentiment I'd agree with, frankly).

I think what defines it for me is one of two things:

Hopefully this helps give you a sense of it. For what it's worth, I agree with at least several of the other answers, I just thought I'd put a different perspective on it.

Not the answer you're looking for? Browse other questions tagged exposure terminology shutter-speed long-exposure or ask your own question.

12
How do you photograph Christmas Lights?
6
What are the uses of Neutral Density (ND) filters?
1
Is the Panasonic Lumix 14-42mm or 20mm pancake better for night shots?

32
What is the best technique for long-exposure photography in good light?
1
Long exposure mode in Nikon with a Remote shutter control
2
What does Exposure Bias 12/6 EV mean?
4
Why mirror lockup on long exposures?
1
Why is my long exposure shot all white?
1
How does the image form during a long exposure?
1
Long-exposure with Raspberry Pi at night
13
At what shutter speeds is mirror lock-up worthwhile?
1
Why did early photographs need such long exposure times?
5
Would there be a noticeable difference between long exposure and brighter light?