I have seen this term a lot and I was wondering what, in basic terms, what bracketing/autobracketing is.

Also, why would one want to 'bracket'?

P.S. - there are other questions asking what DoF and WB bracketing is but none asking quite the same as this.

According to 'Bracketing' on Wikipedia,

In photography, bracketing is the general technique of taking several shots of the same subject using different camera settings. Bracketing is useful and often recommended in situations that make it difficult to obtain a satisfactory image with a single shot, especially when a small variation in exposure parameters has a comparatively large effect on the resulting image.

Autobracketing is automatic bracketing by using a setting on the camera to take several bracketed shots (in contrast to the photographer altering the settings by hand between each shot). Given the time it takes to accomplish multiple shots, it is typically, but not always, used for static subjects.

There are 6 main kinds of bracketing:

When the general term 'bracketing' is used, however, it usually refers to Exposure Bracketing.

What is it for?

The reasoning behind this is to be certain that you have taken the perfect shot; for example, when Exposure Bracketing, you will take three or more photos. At least one photo will be underexposed, at least one overexposed and one will be perfect.

Exposure Fusion is the process of fusing together three or more photos at different exposures. This is a kind of HDR, despite what Mark Evans says in his otherwise good DPS article also linked below (more info - Comparison of HDR effects). 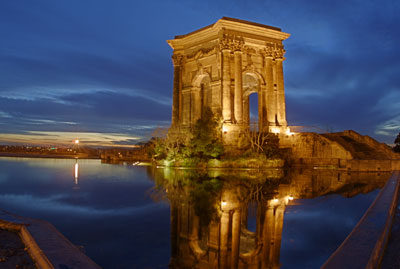 Taking multiple pictures, often bursted, with (slightly) different settings. You could change the flash power, exposure, white balance, etc. Most cameras that are meant for photographic enthusiasts have this feature.

Bracketing could be a time saver and add convenience.

Not the answer you're looking for? Browse other questions tagged exposure terminology bracketing or ask your own question.

-1
Bracketing is used as an insurance against (what) error?
10
How to improve sky's saturation and contrast to get a similar result?
3
Pictures of a dark violet flower appear light blue. Is this a lens or a technique problem?
0
Entry level camera vs phone camera?
0
Why are three nearly duplicate photos produced with Dynamic Range Optimization on a Sony SLT-A65V?

69
What exactly determines depth of field?
44
What does it mean for a photograph to be "high key"?
20
What is "micro contrast" and how is it different from regular contrast?
7
Bracketing with ISO or exposure time?
3
Can the Nikon D700 do automatic bracketing by aperture?
4
What is a Dual pixel autofocus?
7
Auto button in Lightroom - can I adjust its default behaviour?
7
What are the advantages of additional exposures between outer brackets of an HDR stack?
1
Nikon D500 bracketing wrong exposure preview and histogram
12
In situations where you aren't compelled to pick high ISO (low light/needing a high shutter speed), is there ever a reason to NOT prefer low ISO?