I bought an old Novoflex bellows and I'm trying to find the right adapter for it.

Can somebody identify this mount? The opposite end is a 39mm Leica screw mount. 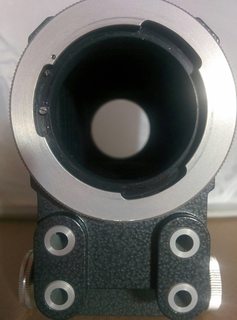 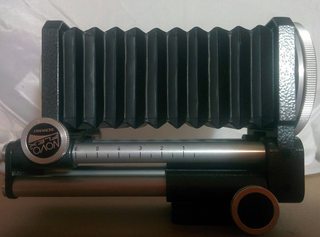 The collar rotates ~40° or so (almost a quarter turn). It appears to be a locking mechanism. At first I thought it was the old Canon FD mount. It's similar, but slightly smaller in diameter, and with smaller lobes. I only know this because I bought an FD→EOS(EF/EF-S) adapter, and it didn't fit.

Here's the other end and some adapters that came with it (marked MINA & IXA): 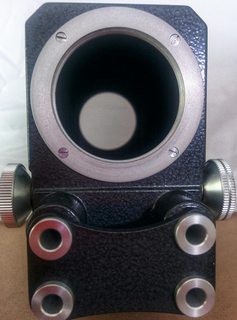 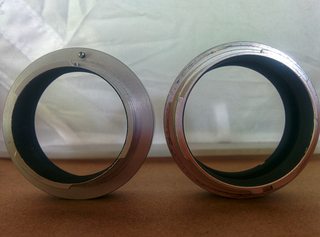 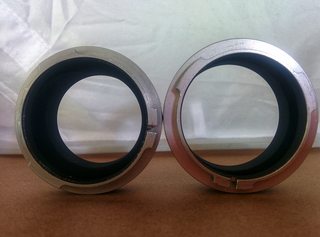 There are a few existing questions related to breech-lock mounts here:

As far as which breech-lock mount this is, there is a thread at pentaxfourms.com trying to identify what appears to be the exact same Novoflex bellows with the same mount. They didn't conclusively identify the mount, but speculated it might fit a Canon 7 rangefinder camera. The Canon 7's mount could accept Leica M39 lenses with its internal threading, but the exterior of the mount was designed to accept their 50mm ƒ/0.95 lens, and their Reflex Housing 2 (which effectively turned the rangefinder camera into a SLR). 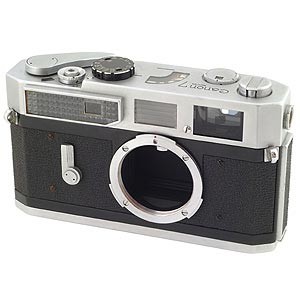 Canon 7 rangefinder body. Note the bayonet tabs to accept a breech mount lens. Image from KEH.com, for educational purposes under fair use.

Edit after addition of MINA and IXA adapters to the question:

The two adapters, labeled "MINA" and "IXA", add a lot of information to the identification. If you search for "Novoflex MINA" and "Novoflex IXA", you'll find that they are Novoflex's terms for "Minolta adapter" and "Exacta adapter".

Novoflex used to produce a line of lenses, Novoflexar, using what was called the Novoflex A-mount (not to be confused with the modern Sony/Minolta A mount). These lenses were breech-lock mounts. The Novoflex BAL-U bellows unit, which yours probably is, used their A-mount.

While Novoflex no longer produces those lenses, or the BAL-U bellows, they still produce adapters to mount those lenses on modern camera bodies. All you need is the appropriate Novoflex A-mount–to–whatever body you want to mount on the bellows. These adapters are listed at Novoflex's site.

They don't provide good descriptions of the adapters, but you can get their part name for your desired mount, and usually find the adapter (and good product images) at places like B&H Photo Video or Adorama. 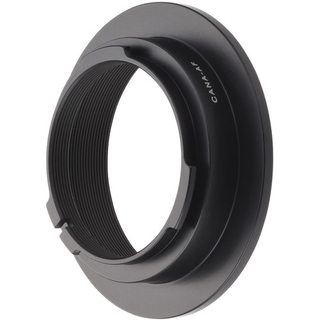 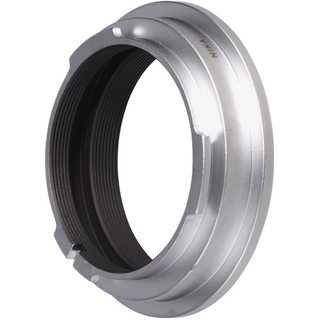 Not the answer you're looking for? Browse other questions tagged lens-mount lens-adapter adapter equipment-identification bellows or ask your own question.

2
What is the breech mount on this Chinonflex lens?
-1
What kind of mount does this breech-lock Tair-3 lens use?