What mount system is this Hanimex zoom lens? 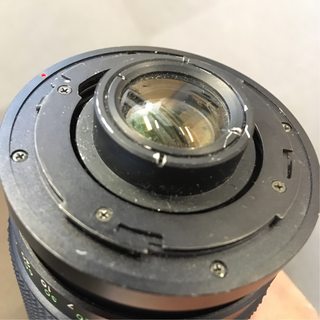 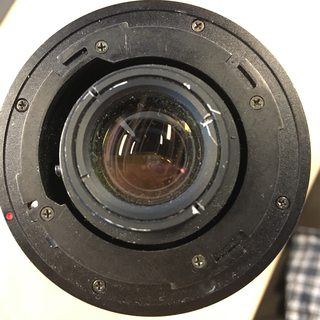 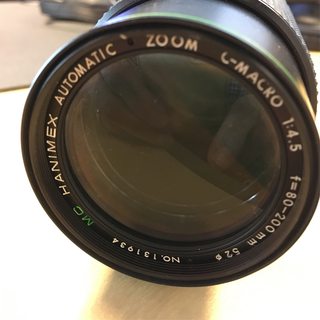 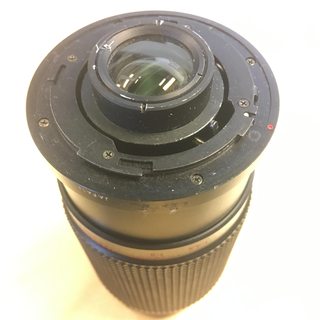 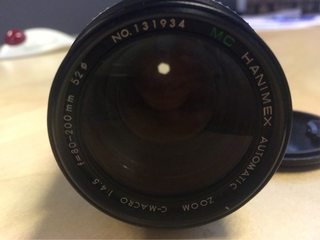 This lens was manufactured in the Canon FD (and new FD), Nikon F, Minolta M/MD, Pentax K, Fujika FX, CONTAX/Yashica (C/Y or Y/C), Konica AR, Olympus OM, and M42 mounts. Your lens is not any of those.

It appears to have been modified at some point to be compatible with a changeable mount system like the Tamron Adaptall or T4-TX system. But it isn't either one of those systems, either.

The Arri PL mount for cinema cameras looks similar, but isn't a match.

Perhaps it has a missing part?¹

Perhaps, but there are no obvious attachment points for anything behind it other than the three locking tabs and the single pin tab. No open screw holes and no threads on the protruding rear lens group. I think it has been modified to fit in an obscure 8mm or 16mm movie camera.

This lens is likely missing the part that connects directly to the camera body (as suggested by @Rafael). This may be an in-house connector used to attach different mount types. The reasons for this assessment follow:

You may be able to confirm the above if you can obtain and disassemble another copy of the lens in a different mount.

Not the answer you're looking for? Browse other questions tagged lens-mount equipment-identification or ask your own question.