What's going on with the shadows, blacks and other features in this image?

I really like that this picture seems very sharp and crisp but also a little hazy (but not in the lowered-clarity way), like if you looke at the spaces between model houses. How do the shadows seem so faint but the darks are defined at the same time? Likewise with the brighter elements.

I know it may have been shot like this, but editing tips appreciated. For comparison, second image is a more "true to life" one from a different source. 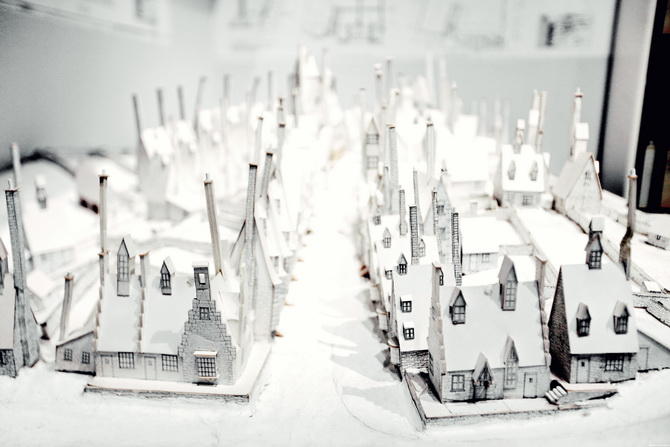 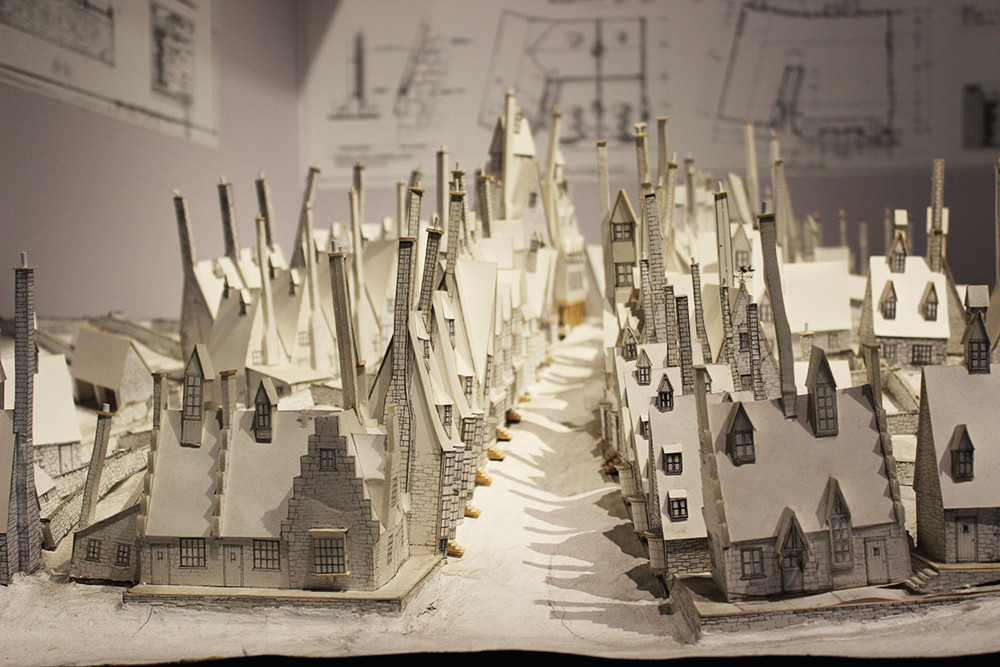 I almost, but not quite, matched the photo in Lightroom. One thing to note is that the second picture is slightly different. You can tell by the shadows on the front buildings on the left and by how the chimney is missing the very top. I also think that either the first photo used a fast prime lens or else stood back father with a telephoto as the DOP is shallower.

Anyways, what I first did was set the photo to B&W in the color panel. I played with the white and black clippings as well as the highlights and shadows. I ended up pushing the highlights all the way down to -100, the shadows and whites to +100, and blacks to -60. Still wasn't quite there so I messed with contrast. Contrast was set to -33.

Still not quite right. I pushed the yellow and orange down a tad. To finish it off, I decided to use graduated filter with sharpness set at -77 to imitate the deep depth of field. Did not exactly work as the chimneys were getting unsharpened the same as background elements.

Anyhow, I ended up with this photo: 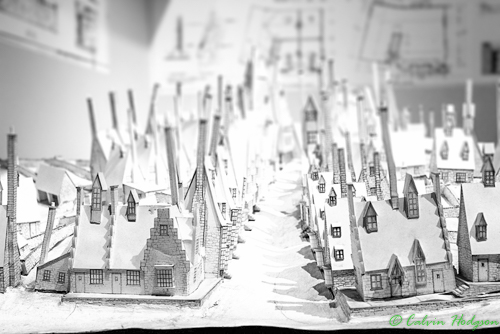 Oh, just copyrighted the photo somehow. For education purposes. Shadows might be a touch too dark in comparison to the original.

The first photo does have color as can be seen from the doorway on the right-hand edge of the photo. Also, converting to B&W in PS really does show how there is a slight amount of color about the whole image.

From what I can discern, the saturation of orange and yellow was pushed near black and white (about -85 and -70, respectively) but not all the way. Vibrancy was added around ~10 to give it a pop of color. Still not quite, but messing around with the sliders will give you around that look. Highlights, shadows, blacks, and whites were all processed the same way as what I did for the above photo.

I see a few things:

The first picture is slightly overexposed, whereas the second is normally or maybe slightly underexposed.

If you have shot this in raw, you would have been able to recover those shadows in post processing, provided there isn't light coming from above.

I tried to edit the picture. And, this is what I got. 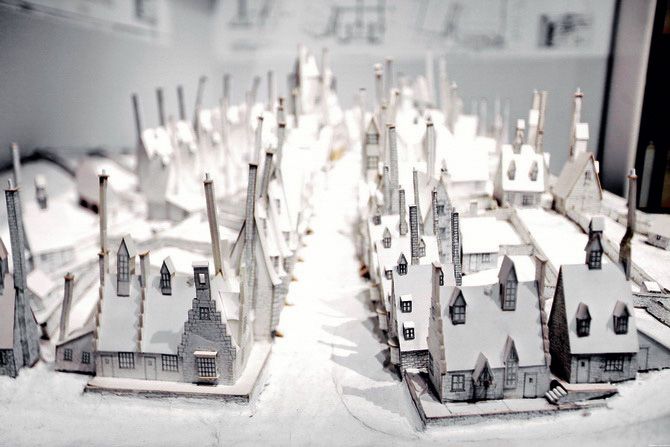 Not the answer you're looking for? Browse other questions tagged lightroom post-processing photo-editing or ask your own question.

1
What is the difference between the fill light & blacks and exposure sliders in Lightroom?
7
What's the difference between adding contrast and simultaneously darkening highlights and brightening shadows in Lightroom?
0
Graduated Filter with Lightroom to adjust Whites and Blacks
0
What's the balance of highlights, shadows, lights, and darks in this photo?
6
How to calibrate image darkness (blacks and shadows) between Lightroom and printers?
3
Color correcting difficulties… on cloudy days
1
What's the secret to this pastel, beautifully blurred photo?
2
How do I give my images this vintage travel photo effect?
3
How can I bump up shadows in post without overexposing the image?