What are the connectors like on a "standard light stand"?

I am trying to buy some equipment for placing a camera and some lighting over my desktop. And having no physical shops in range and no friends or places to go and ask, all my "research" is via the Internet. And I'm finding it quite hard. The actual challenge is understanding how different parts fit together.

For instance, this telescope boom with a swivel joint from eBay (more pictures on eBay article). 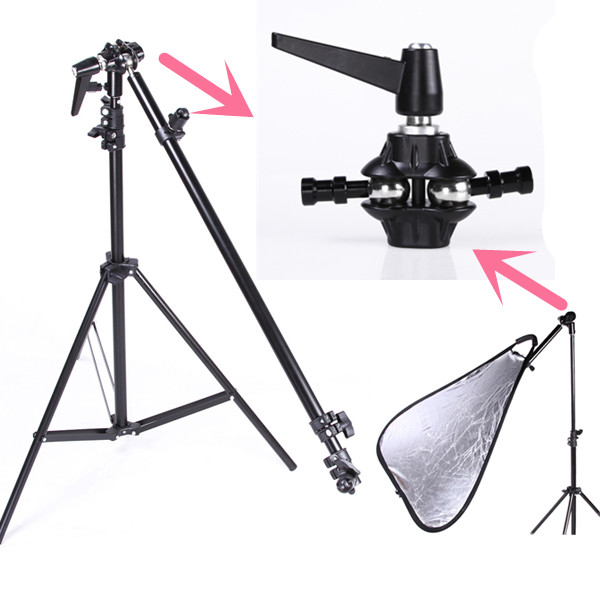 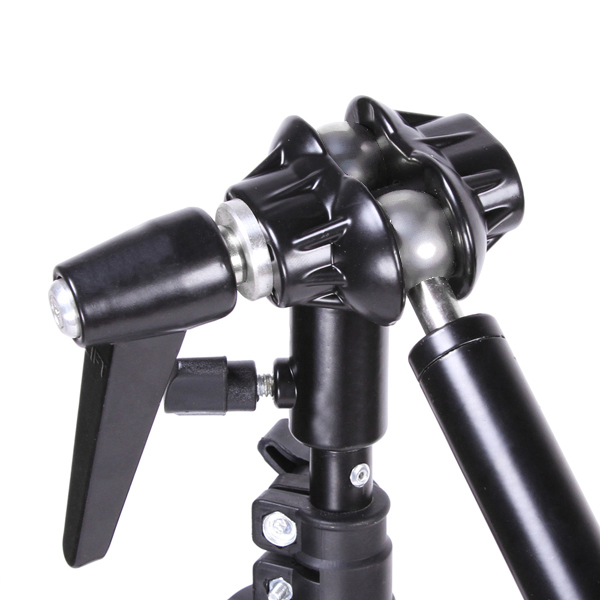 There are two basic connectors you will generally find on light stands.

Second, a 5/8" stud, usually meant for clamping things to, or often attaching things via a socket with a screw on the side. This socket is often called a "receiver" or "receptor" — useful to know if you're searching.

Since the second connection type is less critical than matching threads, the precise size may vary — I've also often seem this described as a "16mm stud", which is very close to 5/8" but of course not identical. (And, yes, we're generally cavalier about mixing metric and imperial in photography — a so-called 1" sensor has a diagonal of 16mm, to pick another example.)

In many cases, the studs on light stands also are threaded on top. For example, here's the top of one of mine: 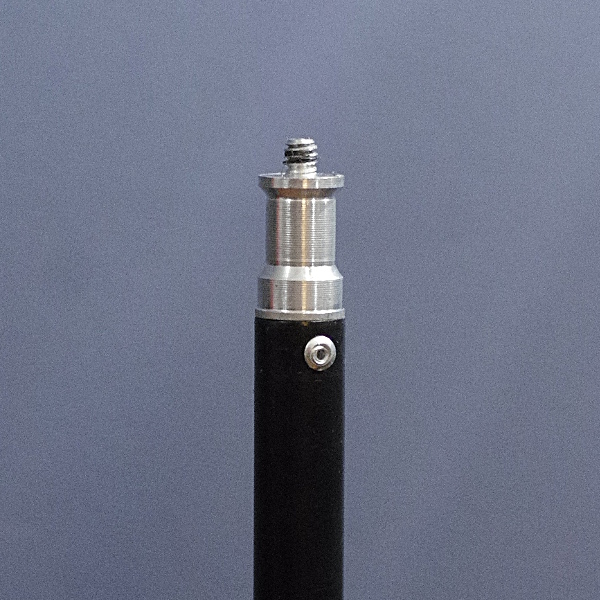 (I apologize for the mediocre image; I normally practice taking photos with this stuff, not of it. All photos in this answer are CC0.)

Although it's not in the zoomed-in detail image of the example you posted, you can see from the in-context graphic that it's the stud that is in use in your example. The last image shows it most clearly — on the left side there is a big handle for the hinge; ignore that but look at the smaller thumb screw on the central part next to it. That wider black tube is the socket, and the screw tightens to hold it to the stud.

Here's the light stand above in use, with a hinged flash bracket: 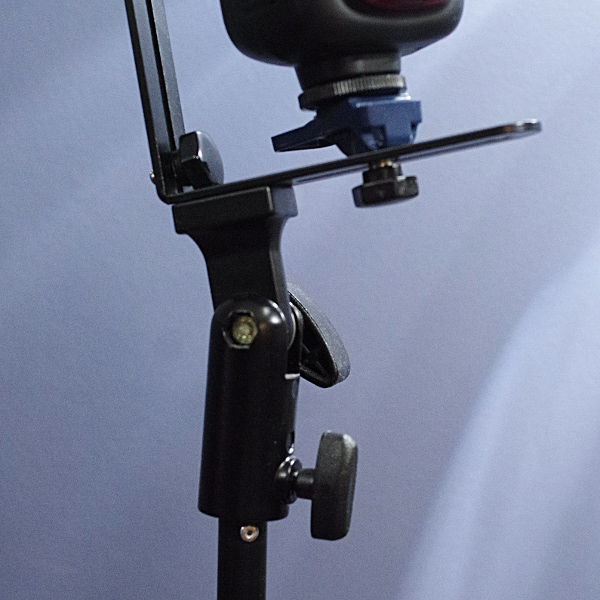 You can see that the socket just slips down over the stud and the side screw holds it in place.

Additionally, you can (relatively easily) find adaptors meant to attach a screw to a stud or vice versa, and adapters from to go to or from the standard 1/4-20 thread used to attach cameras to tripods.

Here's two other random bits of lighting equipment, from an arm for a Manfrotto superclamp¹: 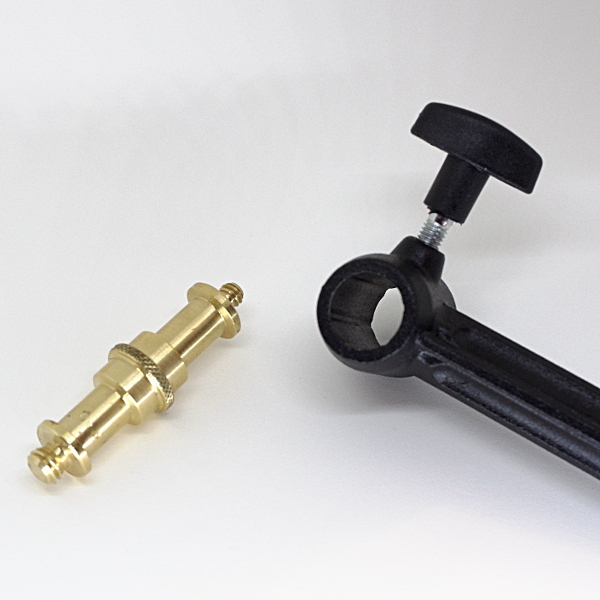 Here, the stud slips into the ring and is held tight, and one can attach either a camera with the 1/4-20 side, or other lighting equipment — or, a tripod head, as these typically attach with the same 3/8-16 thread. Or of course you could attach that arm to something else with a similar stud — directly to a light stand, for example.

If, sometime in the future, you end up with a weird special need, check the Studs, Receptors & Pins section at B&H (or ask at your favorite local camera store, if you are lucky enough to have a good one). All sorts of pins, hooks, plates, and so on, all with the same basic system.

Not the answer you're looking for? Browse other questions tagged studio-lighting or ask your own question.

6
What are some precautions to consider when using HMIs?
19
What is "feathering" a light?
10
What are the difference between using a pack and head system versus monolights?
16
What are standard lighting setups for 2-3 people?
5
What is the impact of light-tent size?
33
What are the best techniques for making great photographs of LEGO creations?
10
What is the difference between active and passive fill light?
5
Is there a rule of thumb for balancing a boom on light stand?
5
How do I light a balloon in a studio without getting reflections from the light sources?
3
How can I re-tighten the lever locks on my light stand?