Why can I not shoot as sharp as I see on live preview?

I am trying to photograph a piece of jewelry. I have a Canon EO 90D camera with EFS 18-135 lens. I am using a lightbox and a tripod with plenty of light. I zoom to 106mm. I manual focus to get a super crisp image. I shoot remotely from my phone on the Canon app to prevent camera shake from pressing the button. I tried both with IS on and off. ISO is 100.

How can I get it to shoot as sharp as I see it on live preview?

I tried the whole range of aperture sizes. On 5.6 it's much sharper than F36, but still not as sharp as the live preview.

Is it because the lens is not a prime macro lens?

Here is how it looks on the live preview (when I use the zoom button): 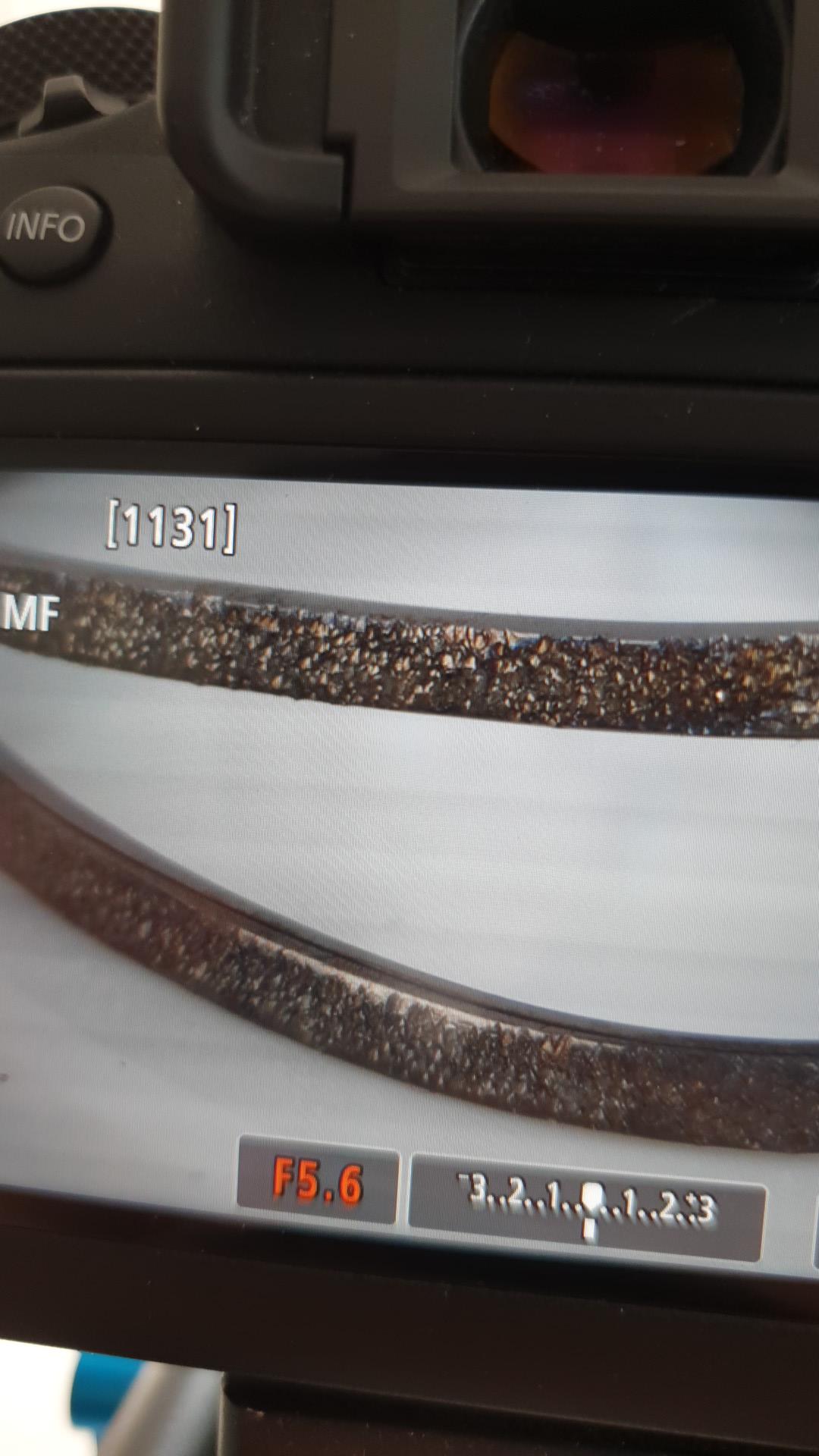 This the image when shot on F5.6 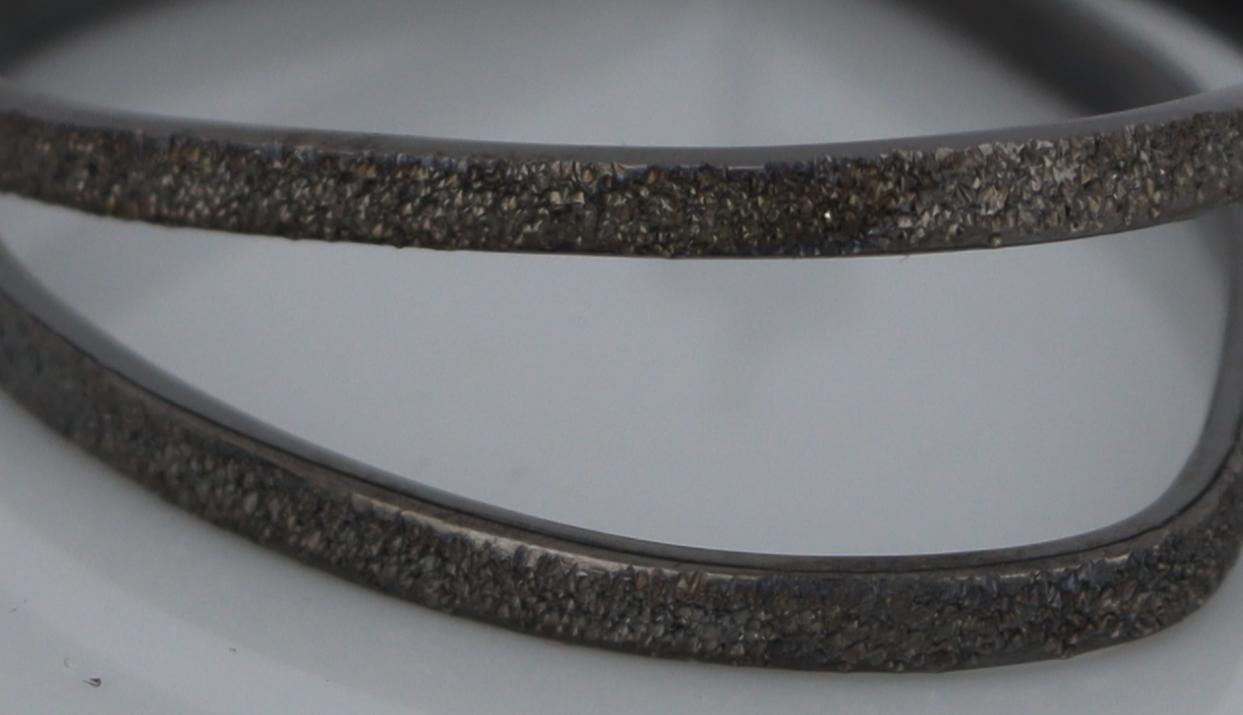 This is when shot on F36 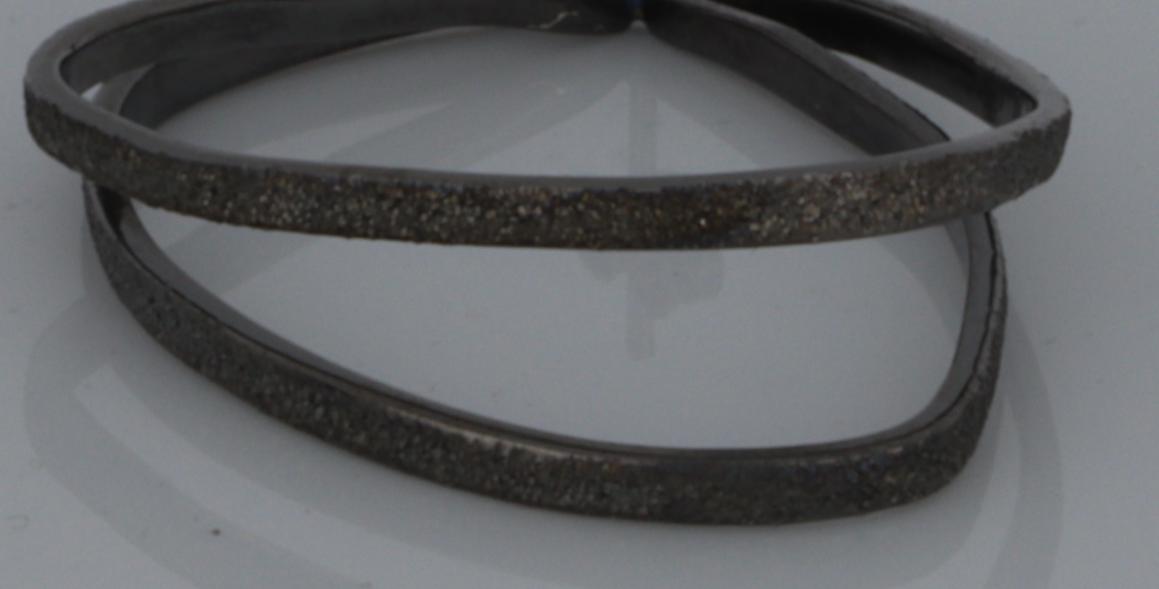 I don't think sharpness is the issue in the first shot.

I think the predominant issue is it's comparatively dark, under-exposed, and has less specular highlight and colour-push as you see in your live view screen.

I haven't attempted to colour-match because I have no idea which is most correct. Also one is a photo of a screen & the other is a photo of the object directly.
All I did here was to punch up the exposure & colouring on one of them, then roughly match the apparent sizes.

I'd say, given the disparate origins, they are of approximately similar sharpness. If anything the top is sharper than the bottom, though their origin can easily allow for that discrepancy.

I think the takeaway lesson is - don't use Live View as a judge of lighting.
If you're not certain, in this type of setup where your subject is never going to get bored waiting for you, run some test shots. Check them on your computer not just the back screen. Take as long as you like to get your lighting & exposure right.

If you didn't guess already, the top one is your photo, the bottom one is your live view.

I've ignored the one at f/36 as that's never going to work with the aperture that tight. Lookup 'diffraction limit' for further explanation.
If you want more DoF in macro, then you could close up to f/8 or maybe a little more, but if you want the entire object in focus you're going to need focus stacking - again a topic for another post.

One thing to note is we are not comparing like with like, even allowing that one is a photo of a screen. LiveView optimises the view to the screen, like a smartphone does. The resulting photograph, especially if shot RAW, has no optimisation at all applied. That will be highly dependant on what you open it with & what settings you use for it.

Mentioned elsewhere is that the mirror may be causing shake. On the photos as uploaded I'm not seeing any shake - even though the uploaded quality is quite low, making absolute determination difficult.

Several things. One is that at f36 you'll run into diffraction effects that will soften the image. Best to stick to aperture values of f5.6, f8, or f11 for sharpest image.

Another issue is shutter speed. You have it on a tripod, but even so at certain shutter speeds vibrations from the camera mirror and shutter can cause blurring. If you have a mirror lock-up feature on your camera, use that. Try several different shutter speeds, slower and faster to see if resonance is an issue. You can also try loading your tripod by hanging something heavy off of it (camera bag, etc.). This will help.

Not the answer you're looking for? Browse other questions tagged macro sharpness live-view jewelry or ask your own question.

2
Picture looking sharp in Live View mode, then losing sharpness after picture has being taken

6
How can I get sharp images using optical zoom function on a point-and-shoot?
4
Why does changing the aperture cause lag in live view and in videos?
1
Why can't I get a sharp macro image when shooting handheld, even with IS?
32
Why are my photos not crisp?
0
Why do images look sharp on my camera's LCD, but not tack sharp on my laptop?
6
Live view underexposed at close focus with Canon 100mm f2.8L Macro
7
700D live view depth of field not accurate
2
Picture looking sharp in Live View mode, then losing sharpness after picture has being taken
2
Why does the live view feature of the EOS 70D only show one bright star when doing a starry night shot?