I have just shot a long outdoor trip using the Sigma 17-50mm F2.8 EX DC OS HSM on a Canon 70D. I've read excellent reviews of the Sigma lens but the photos didn't turn out that great. Neither the image quality nor the sharpness is great. I mostly shoot in aperture priority mode.

I am not an expert photographer but I have been using a DSLR for a couple of years. Previously, I used the Nikon D3200 mostly with a 35mm f/1.8G lens and was quite happy with the pictures I got.

I think something is wrong with the 70D, or the Sigma lens, or the combination. I bought the lens used. I also get quite nice pictures with the Canon EF 50mm f/1.8 STM.

A landscape jpeg straight out of camera can be found here. Single point AF on the central pillar. 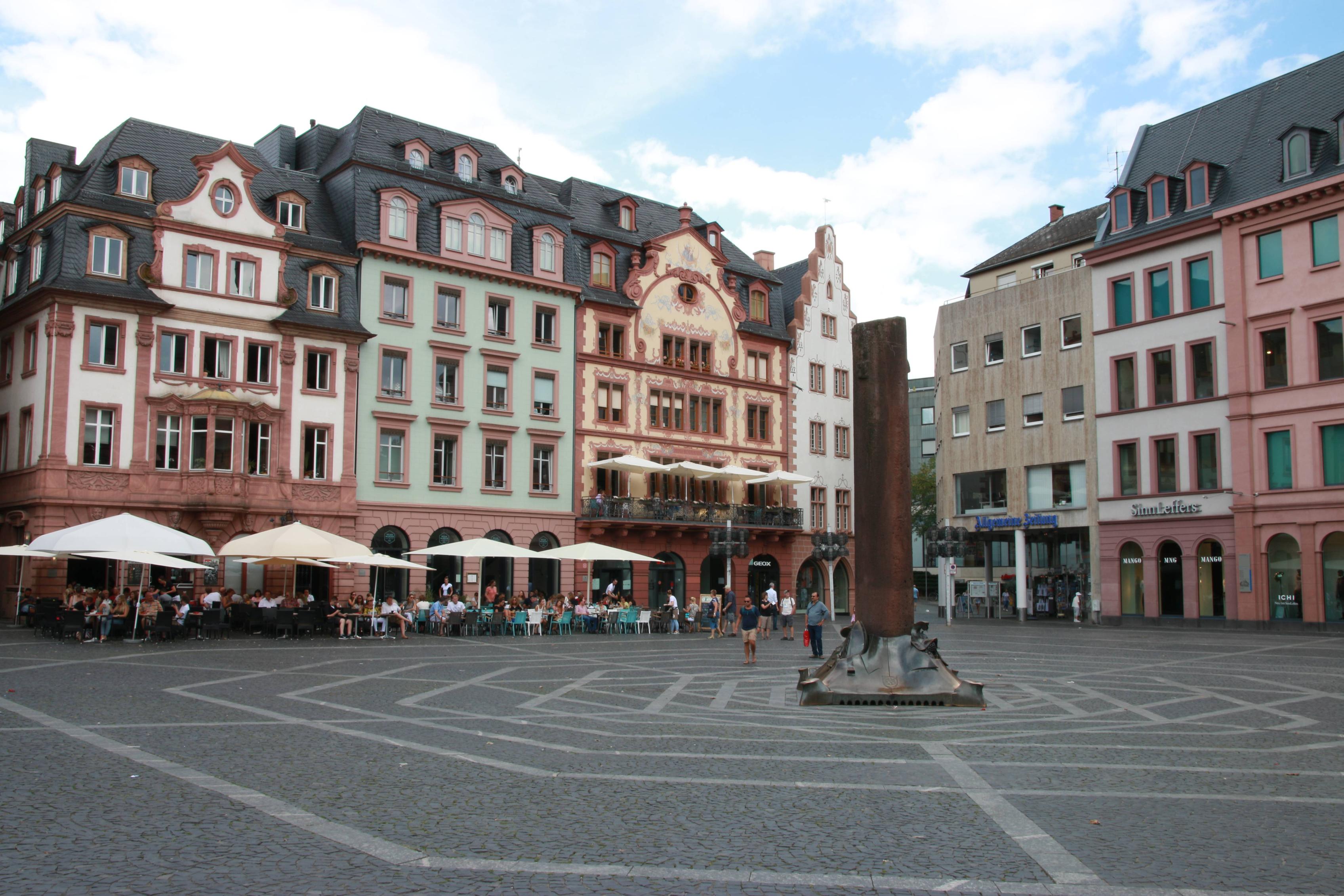 In response to the issue of diffraction, I post another image. Single point AF on the red flowers in front. 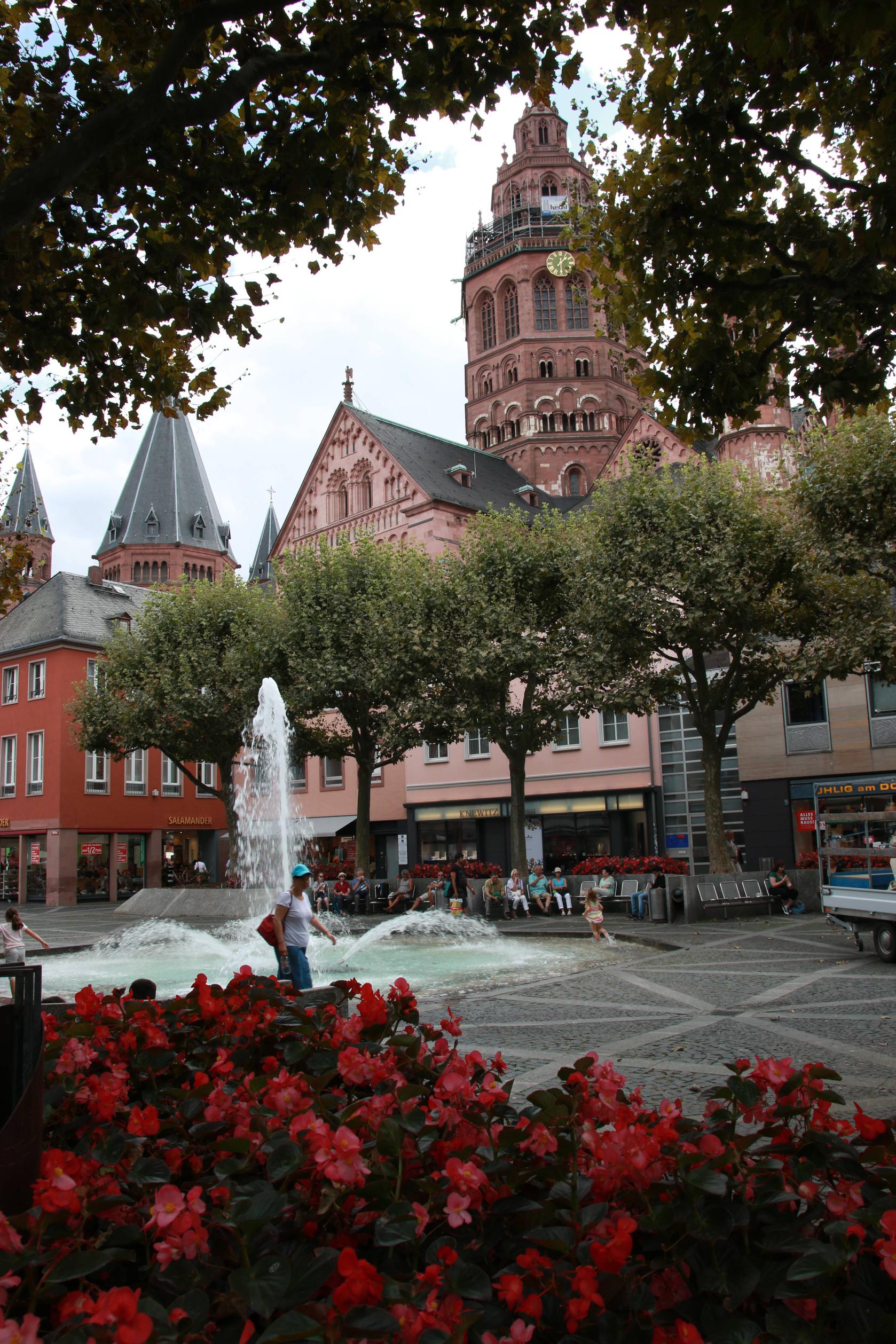 Can anyone suggest how to check the camera and the lens combo?

You have told us that you are using single point AF but you haven't told us which AF mode you are using: One Shot, AI Servo, or AI Focus? If you're trying to focus and recompose using AI Servo the camera will refocus when you move the camera to point at a different spot. If you use AI Focus the camera will initially hold focus as it would in One Shot mode, but if you recompose and hold the camera too long in the new position the camera will sense that your selected AF point is no longer in focus and will switch over to AI Servo.

There appear to be other issues at work that might also be contributing to your results:

Diffraction The 70D is a Canon APS-C camera with 4.1µm pixel pitch. The Diffraction Limited Aperture (DLA) of the 70D is f/6.6. This is the point at which the effects of diffraction begin when viewed at the pixel level. As apertures are narrowed beyond the DLA the results get more and more noticeable at normal viewing sizes. The best way to avoid this is to shoot at around f/8 or wider and at f/6.3 or wider if possible.

Camera movement Not everyone can hold a camera steady enough to use the 1/focal length rule-of-thumb, even when viewing at the standard 8x10 sizes for which it applies. You may get useable results for viewing at smaller sizes, but nowhere near the equivalent viewing size of looking at part of an image at 100% on your monitor. If you have an HD (1920x1080 pixels) monitor that measures 23" diagonally you are viewing images at 96 ppi. That means an 18MP image viewed at 100% is being magnified at the equivalent of 54x36 inches! That's 5X the magnification of the standard 8x10 print.

The optical limits of your lens I'd like to know where you read excellent reviews of this lens. I've never seen any critical reviews from reputable reviewers written about it that impressed me very much. Before you can blame AF you need to be sure that something else isn't causing your images to be blurred. To do that you need to eliminate as many of the other possible causes as you can.

I still doubt that there is a focus issue. I have been using Single shot AF in almost all pictures. And shooting at 4-5 times of 1/focal length at ISO less than 800 I doubt the hardware. Of course its difficult to doubt on ones own abilities! :)

Look at the examples you posted carefully at 100% magnification. You can tell by the cobblestones in the first image that focus was missed (based on what you said you attempted to focus). The second image is focused well behind the flowers in the foreground. The clock tower in the background is the most in focus area ofthe image. There are areas in both images that are in focus, they're just not where you wanted to focus.

With this aperture, almost everything in your photo should be in focus (=sharp), even if you have front/back focus problems.

Some of these Sigma lenses have reported focus issues. I have one, and I had to get it re-calibrated to solve the issue - when I investigated the problem initially, there were several reports online about similar issues others had had.

Looking at the images, certainly the second one looks like a focus issue, and the first could be explained by a focus problem (although Olivier's answer covers some of the other issues with it).

If you do have a focus issue. The good news is that should be fixable. Find a Sigma service centre and they should be able to calibrate it for you. This should be quite cheap.

To identify if you have a focus issue:

Buy (or print off) a focus test chart, then set up a shot with your camera on a tripod, focus on the appropriate point on the chart, and then take some shots - if you have a focus issue, then you'll see that the target will be out of focus, but another area of the chart will be in focus. Try this at several different focal lengths and several different distances.

Fine calibration on your camera:

Your camera may have a focus fine-tuning option to fine tune the focus of individual lenses (certainly all my DSLRs do) - this may be sufficient to compensate for the effect.

Not the answer you're looking for? Browse other questions tagged troubleshooting sigma canon-70d or ask your own question.