Is it normal for AF points other than the selected one to be slightly illuminated on a Nikon DSLR?

I have a Nikon D3300. When in single point AF mode, besides the selected AF point, some of the surrounding AF points also gets very slightly illuminated (as if there is some leakage from the main AF point). The brightness is much much less than the main AF point. I tried various modes and subjects, turning off and on the camera but the problem persists.

Is this normal? Shall I be concerned and take it to service center?

First of all: I would not be worried of other focus indicators being lit slightly, it's probably normal. As long as you can distiguish each focus point indicator I see no need to take it to the service center.

I guess you refer to the effect in the following picture, observed in the viewfinder of a Nikon F100: 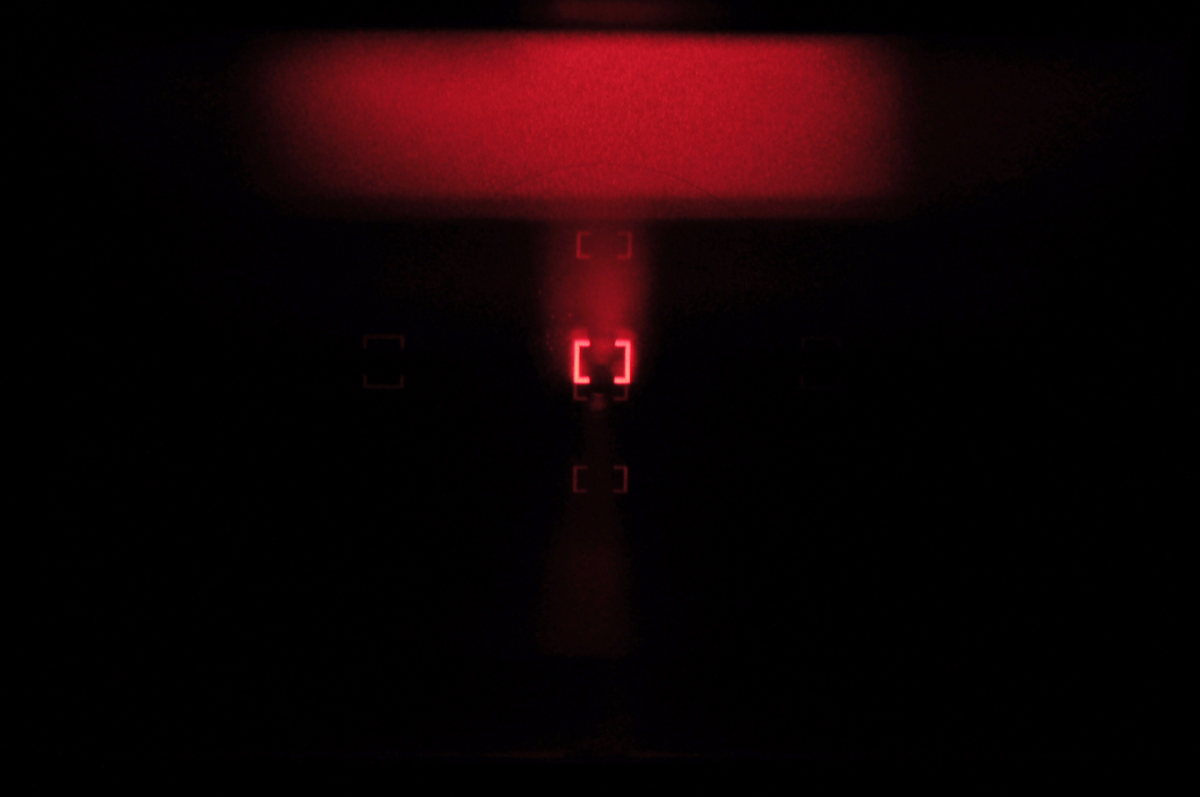 The photo was indirectly taken via the mirror though the bajonett opening.

We observe that the middle focus point is active and brightly highlighted and the other two indicators are faintly lit too.

The cause is probably light of the LED lighting the center indicator being scattered around, illuminating the other points.

This type of focus indicator is probably built about this way: 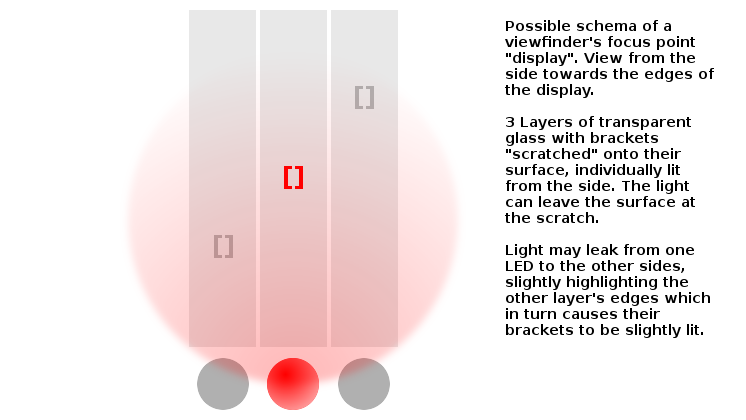 (At least I would built it this way :)

I can think of the following causes of increased leaking of light:

3
What settings affect how the focus points are displayed for my 7D?
10
Is it normal to have tiny black dust spots in the viewfinder of a DSLR?
27
Are Nikon DSLR sensors actually better than Canon's?
5
Is it normal for Nikon DSLR viewfinder and live view shutter speeds to differ?
1
Which focus points on the Nikon D750 support f/8?
3
Why does my Nikon camera stop short of the selected number shots when interval shooting?
0
Can the YN-560 IV flash be used with a Nikon DSLR in a mode other than manual?