What's the Purpose of the TIFF image stored inside Canon CR2 Raw file?

What's the purpose of the TIFF element? It's large in bytes but small in pixels. It's also very low in brightness and contrast. Much lower than the raw data.

The tiff file seems very wasteful. The CR2 is 29524589 bytes so the tiff element is almost 5% of the file. It's uncompressed and most of the bits are zero.

I produced the two histograms of the CR2 and the TIFF preview showing how different they look. 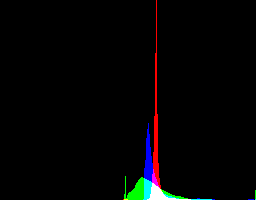 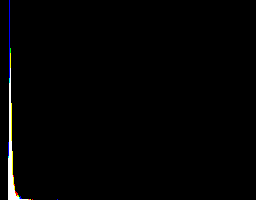 I have to say I am not convinced by these, I think they are linear rather than logarithmic and only have 256 columns. If anyone can recommend a better command line histogram generator than ImageMagick I would be indebted.

According to this document under section 2.6 IFD #2 it's the uncompressed small version of the picture which has no white balance correction applied.

CR2 files are based on the TIFF file format so it would make sense for the uncompressed data to be in the TIFF format.

Its purpose is mostly for displaying the RAW histogram in tools like Digital Photo Professional based on the uncompressed image data.

The TIFF preview also appears to be rendered linearly, with no gamma correction applied, and the white and black points set at the extremes of the sensor's dynamic range.

Not the answer you're looking for? Browse other questions tagged raw canon-5d-mark-iii or ask your own question.

11
Does the Canon *.CR2/CRW format contain "truly RAW" data?
4
How to properly deal with lens distortion in Sony NEX RAW files?
12
Can I save the JPEG preview image that's generated in-camera when I shoot in RAW-only mode?
1
DPP output is not sharp
0
What corrections does MS Camera Codec Pack apply?
1
Why does the Canon 450D have only 14bit depth RAW images?
4
Why is my Canon Raw preview a much smaller filesize than high-quality large, despite little difference in image?
4
How to find corrupt CR2 files?
1
How to compress RAW RGB 10-bit data?