How do you make a skin tone metallic brown?

First of, i'd like to say that i'm partially colour blind which makes this task more difficult for me. I'm wondering if it is possible to change a person's skin tone in photoshop from something pretty common to look (in terms of color and contrast) like the image below: 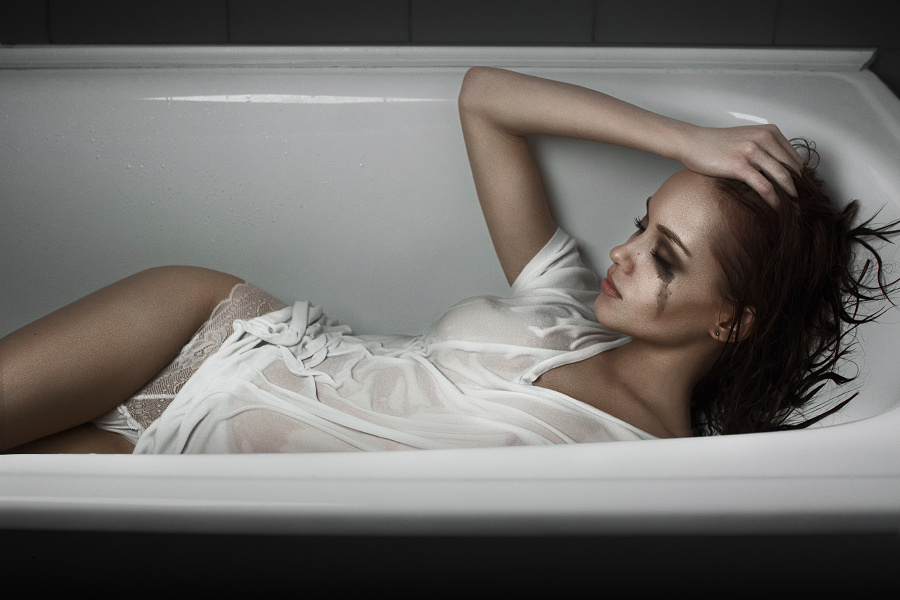 Do you think this is done by using some light modifiers and then just a touch of post-processing? Or could i just take some relatively pale skin and do the same just in photoshop?

I've noticed that a similar thing happens when you raise the blacks in curves and then lower some dark colours to create some contrast. It creates a beautiful effect in terms of contrast, but the colour is still off.

Here's another example of a more usual skin tone: 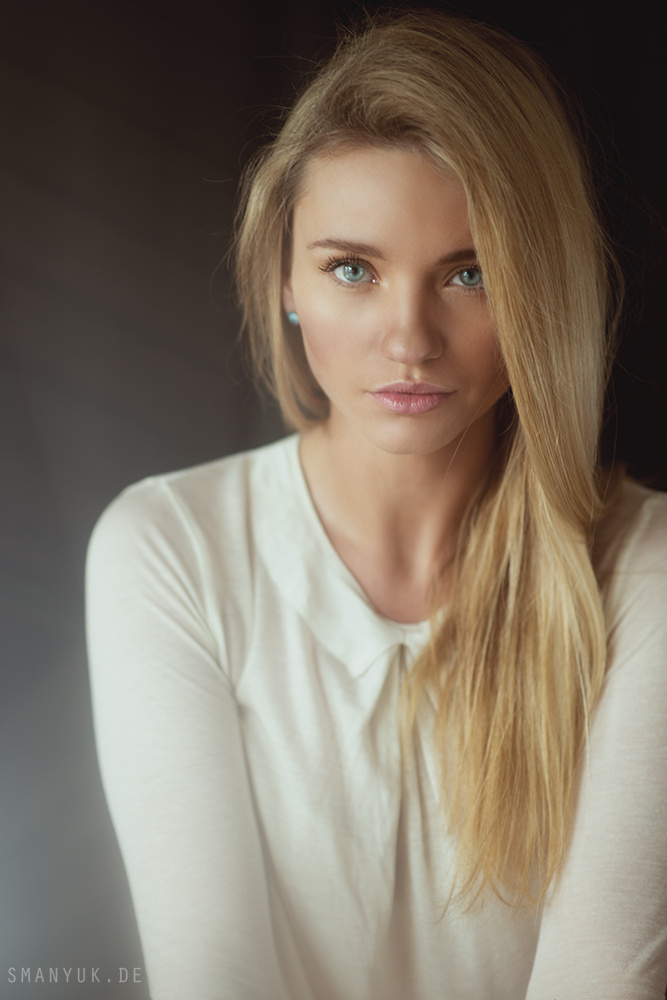 Would it be possible to match skin tones in terms of color and contrast in the image 2 to look like the first image?

Thanks for your tips.

I think the metallic looks mainly comes from the dodge and burn technique. This video shows the technique well. How to Dodge & Burn in Photoshop by Elena Jasic.

I tried to achieve the similar effects of the first image you provided. The left image is before any edits, and right image is after the edits. I hope this is the effects which you are trying to achieve! 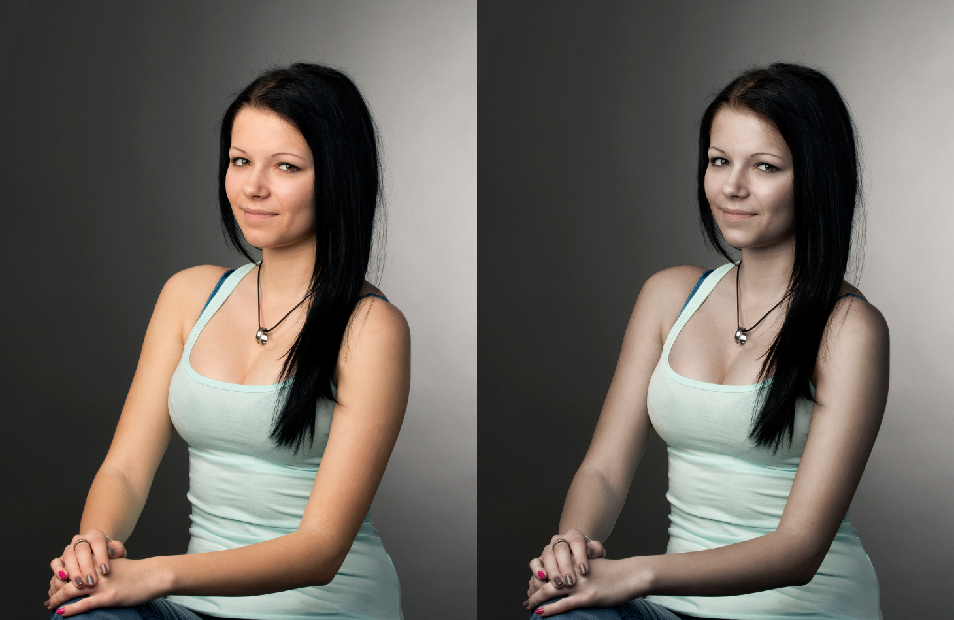 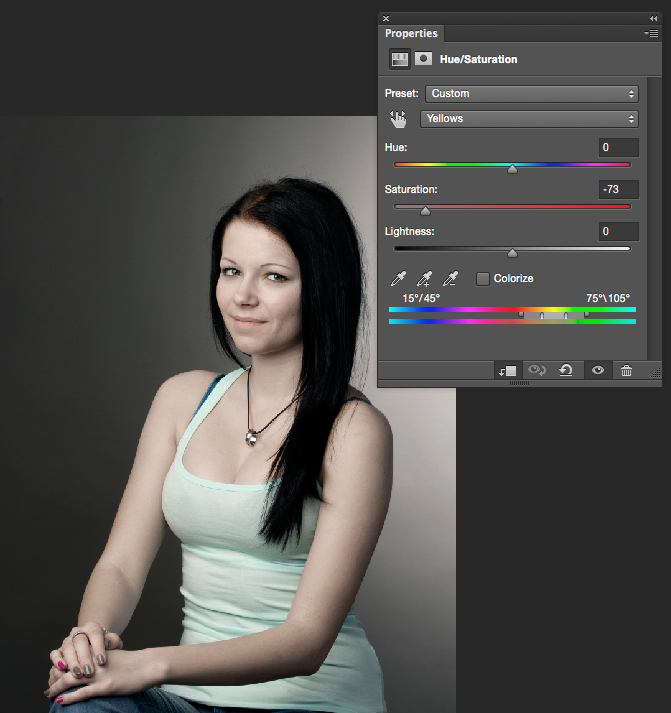 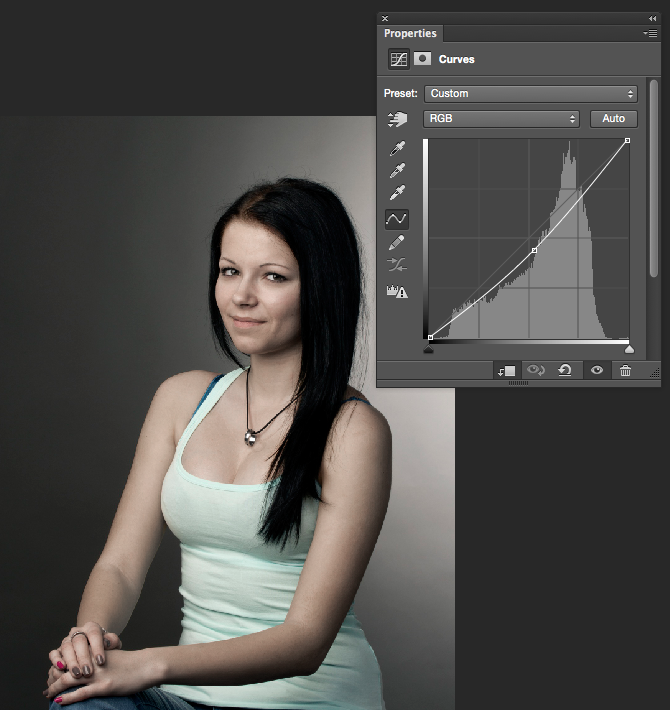 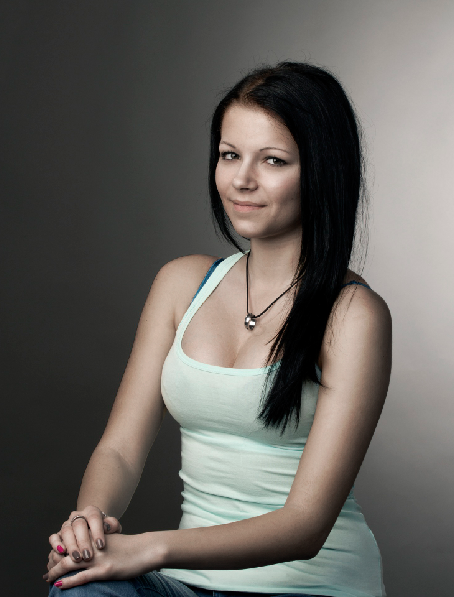 This is very easily done in Post Processing, I'll do it using Photoshop.

I did it with 3 adjustment layers which I'll explain.

First I did a Color Fill with Blend Mode set to fill using a bronze color. I then adjusted the Blend-If Lightness, Underlying Layer to 0/231, 50/255 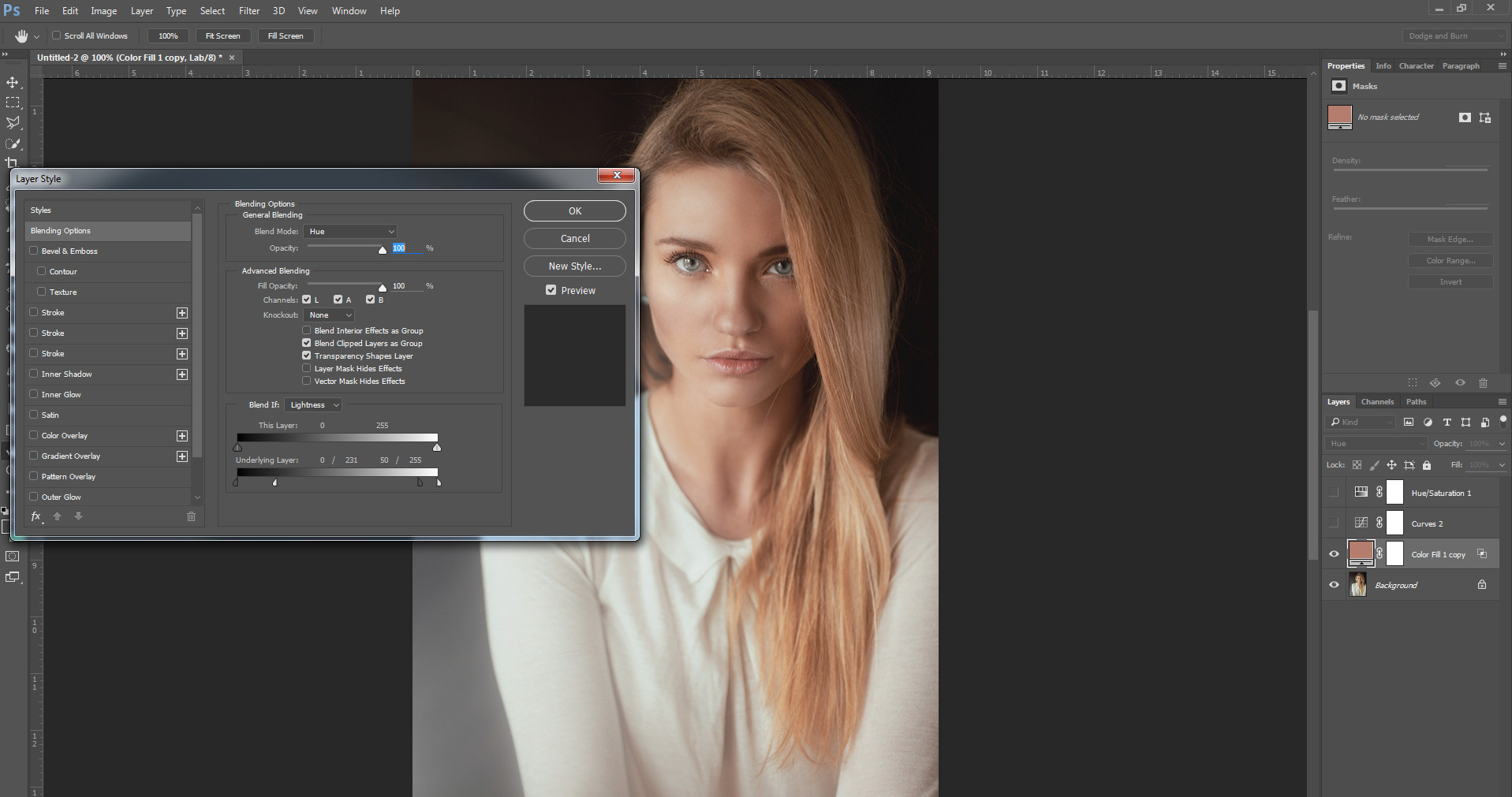 Then I did a Contrast Curve on the Lightness pulling the midtones down and flattening the shadows a bit. I also lowered the opacity of this layer. 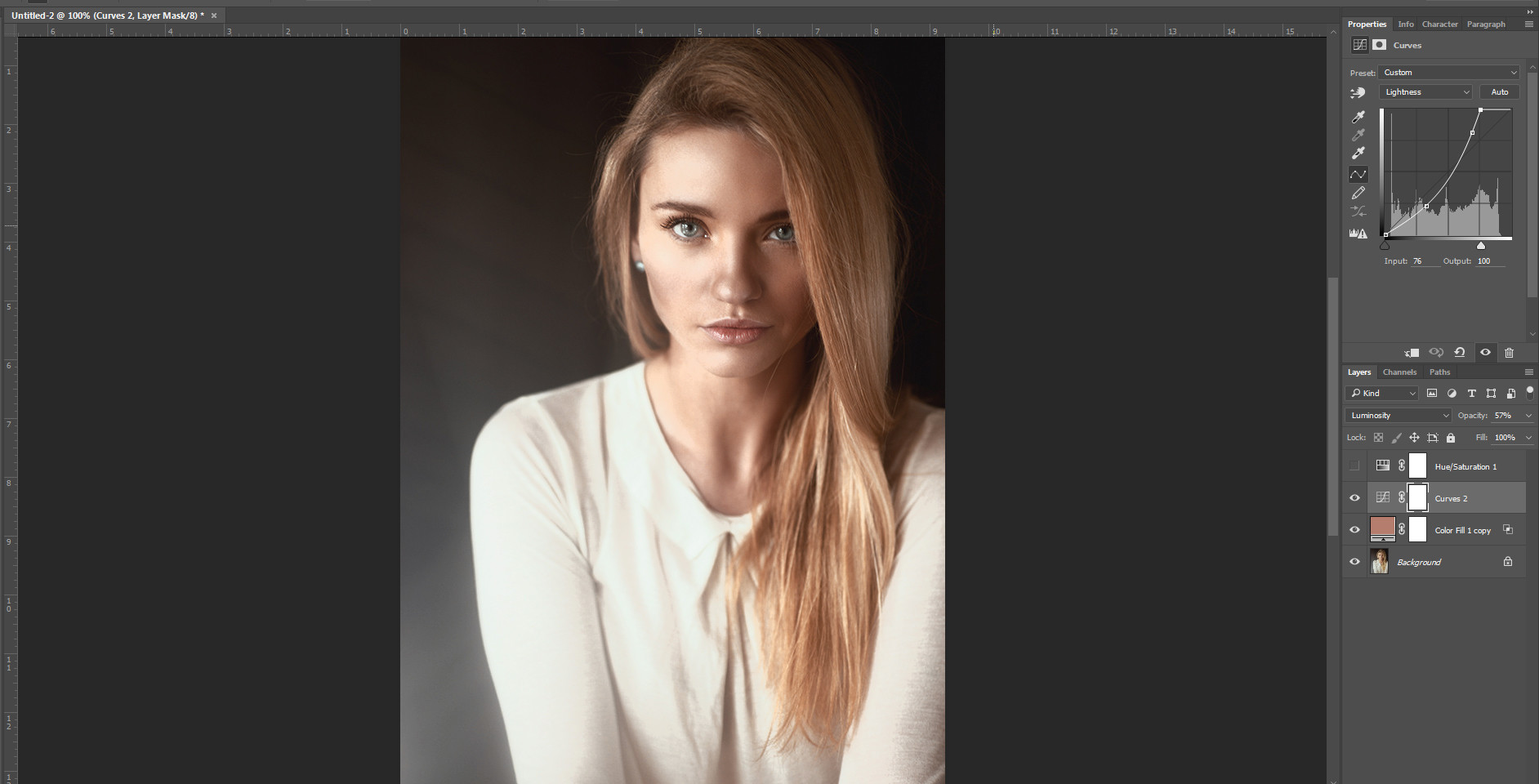 Then I lowered the saturation just slightly for the final look 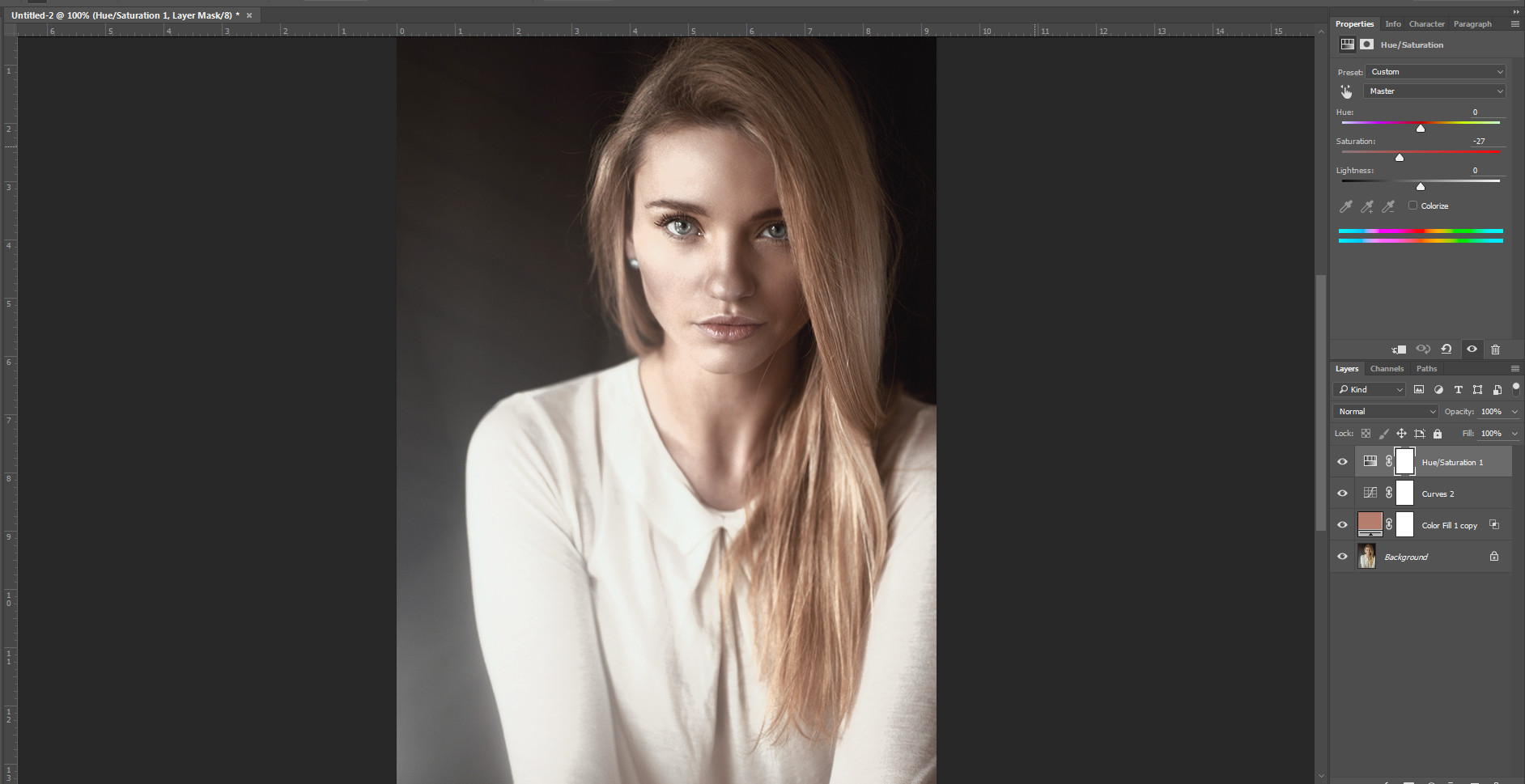 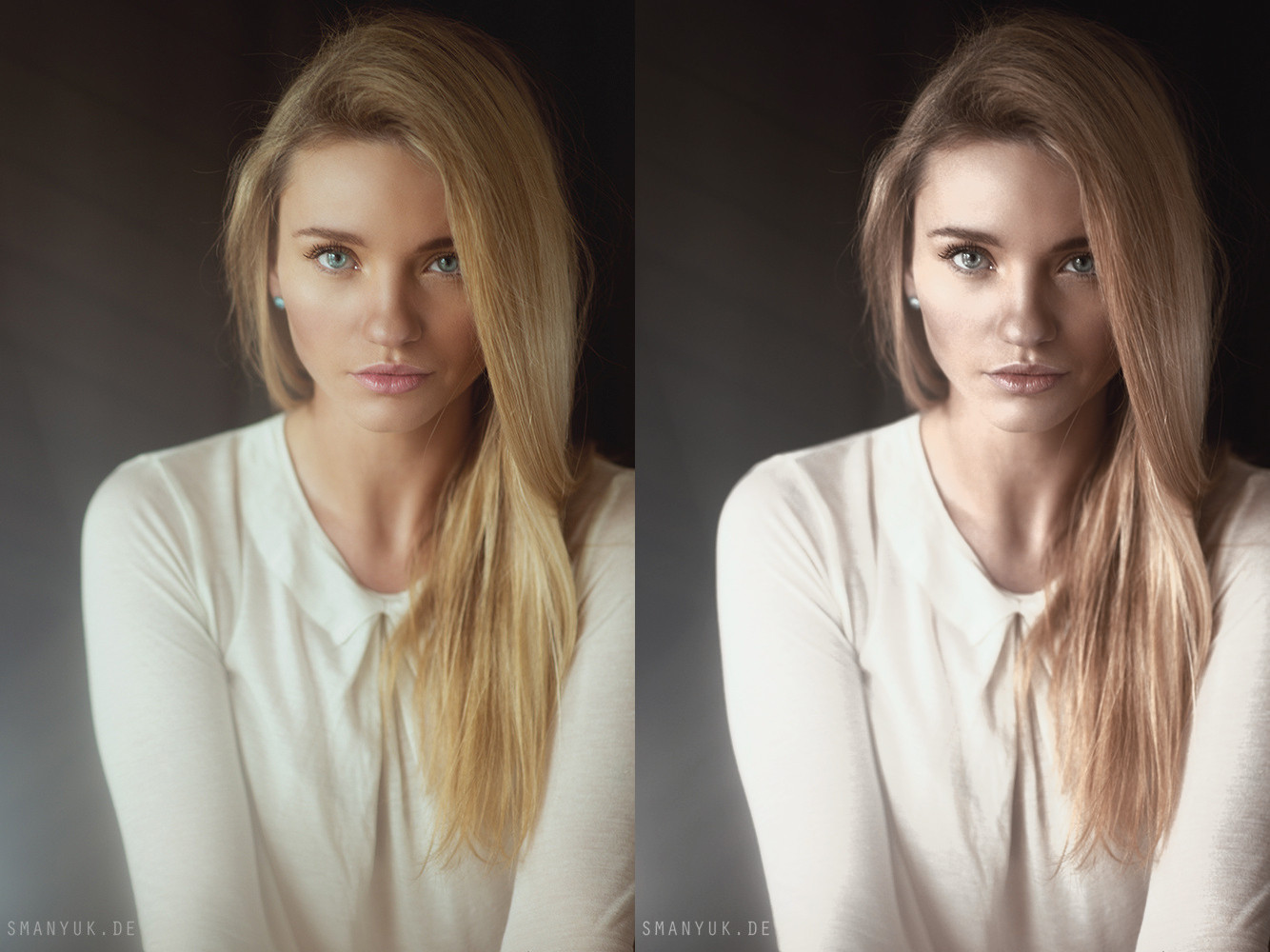 Because we bumped contrast a bit I would probably then do some dodge and burn on the cheek, pores, forehead and nose. Maybe dial the entire look back by grouping the adjustments and lowering the opacity. I'd probably also mask the shirt and give it its own adjustment to bring it back to a more neutral white.

There are some components to that "look". In this case I think the make-up and lighting are the more important to get right from the start, particularly because they can't be corrected later.

You should be able to achieve all you want with just the above, but you can also add a colour cast, or add a gradient map (but with a blend mode or less than 100% opacity on top of the original).

If I understand correctly, the question is: how to constrain skin tones to only brown hues; getting rid of the naturally occurring red patches and bluish tints that some subjects have.

I've substituted skin tones using a combination of gradient maps and layer masks. For my answer to make sense, you'll need to be familiar with both techniques.

Create a gradient map that consists of the colors that you want in the skin tones, this would be from a very dark to a light brown for example. The gradient map adjustment layer will limit the image to only those brown tones you have specified.

In your example above, the dark skin value is around #2d2115 and the light is about #c0aea2. You can use more than two colors in the gradient if you want.

Now that the whole image is in tones of brown, the next step is to mask out the parts of the image that you don't want affected. Use either a (raster) layer mask that you paint on, or a vector mask that you draw on with the pen tool. (you could use both in combination if you are experienced with that)

Final tweaks would be to adjust the overall opacity of the adjustment layer, or setting it to "color" mode instead of normal in order to preserve some qualities of the original image.

Not the answer you're looking for? Browse other questions tagged post-processing photoshop skin-tones or ask your own question.

10
How do you achieve this brownish skin color moody look on your photos?
4
How do I get a dark shimmery bronze skin look for my glamour photography? (image provided)
1
How to correct skin tone using Photoshop

16
How do I make a bottle image transparent?
8
How can I make this image appear OK on an average monitor?
10
How do you use Kodak Color Control Patches for photo color/tone restoration?
18
How to avoid visual "burnout" during post-processing?
3
Since there is no Clarity filter in Photoshop, how can I simulate that effect?
3
How do I give my images this vintage travel photo effect?
4
Interested to find out how to post process portraits like the examples
2
How to bring such details on face and dull cyan color grading like in this image?