How can I create this effect (dreamlike softness)

I was earlier helped given advice on how to shoot a certain photo (See earlier question How was this taken/edited?)

Now I think I have a good idea on how to get similar results regarding the camera settings.

What still boggles my mind is how it is edited in post. The almost dream-like softness in the image. I'll post another image from the same photographer with that effect even more visible.

On this one it seems shutter is dragged and there appears to be no flash used, as the catch light only has the roman sparklers visible. But does anyone have a clue on the post processing technique used to create this effect? It shouldn't be just long exposure since there's no ghosting on the subject that I can se.

To be more specific, at first hand i am after the softness effect, what i mean by that is that the photo looks almost painted, or like a 80's movie poster. How is this particular effect done i photoshop? The subject is sharp but there is a "unreal" feeling to it. This is what i would like to understand. Secondly, how can one adjust the colors of the face to be evenly white/pale such as in the photo?

If anyone has ideas on how it was made - some sort of filter or plugin - or how it's crafted in PS, I would be ever so grateful! 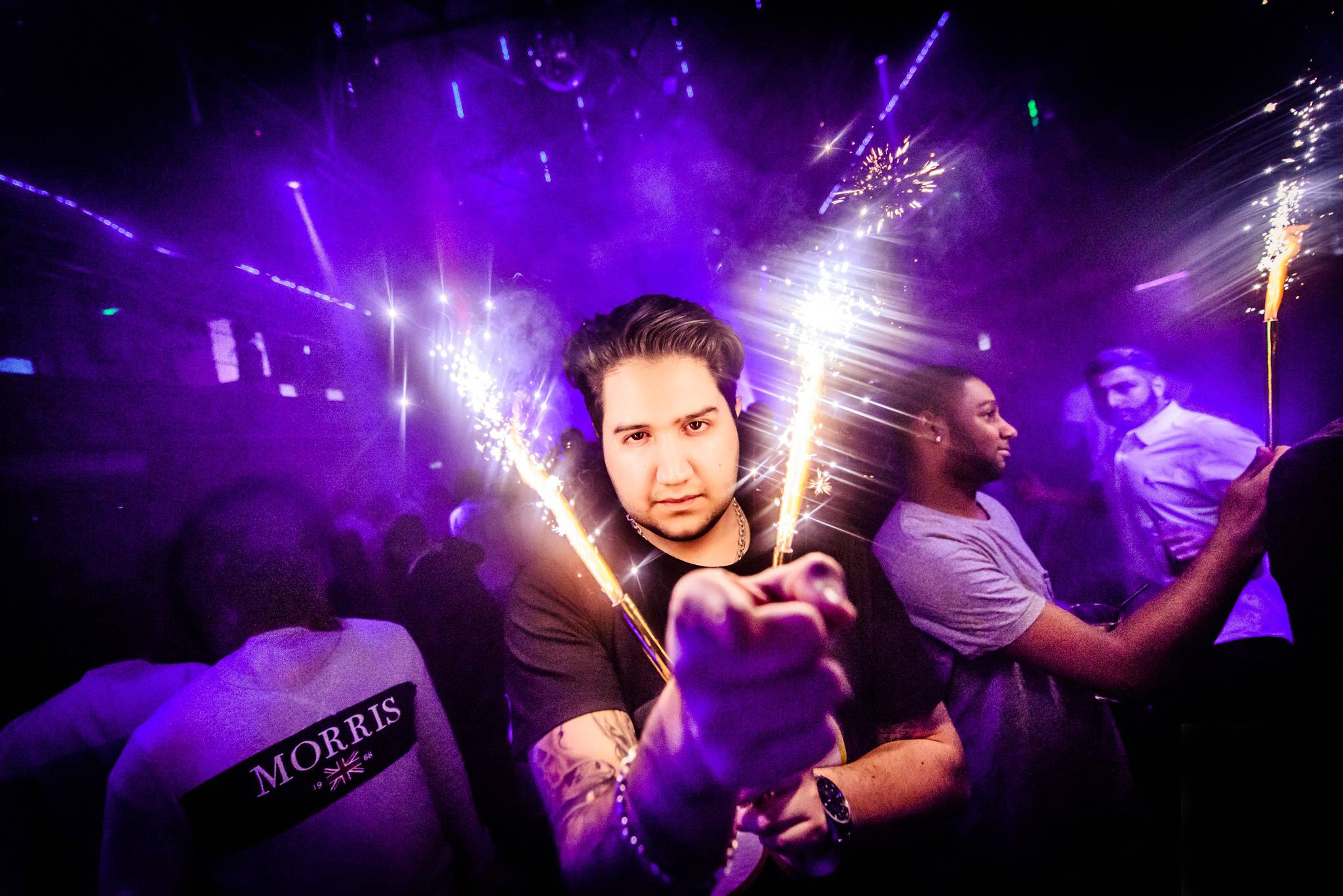 I'm betting on this being constructed in Photoshop. Slow sync flash can get you so far, but the lit subjects are too crisp (particularly the second subject to the right) for me to believe this was done in camera.

Elements of this image include

Not the answer you're looking for? Browse other questions tagged photoshop or ask your own question.

1
How was this nightclub photo taken/edited?

1
Replicating Lightroom's "Aged Photo" Preset in Photoshop
6
How to remove fog while shooting and during post-processing?
4
How do I make my images look like this dreamlike picture?
2
Expand Canvas and Extend Edges of Image to Fill It
1
can anyone point me to a tutorial or explain how this photo is created using photoshop [double exposure effect]
1
How was this nightclub photo taken/edited?
3
Getting this 1950s-esque photo style in post?
0
Filtering narrow spectral lines in digital postprocessing