Is it still necessary to stop a lens down on an APS-C camera?

I’ve read a lot of lens reviews that say something like, “in order to get the maximum sharpness out of this lens, you’ll need to stop it down” to f/2.2 or f/2.8. I’m shooting on an APS-C camera. Is stopping down the lens any more or less of a consideration on cropped-sensor cameras, or is the sharpness in this context entirely a property of the lens itself?

As a final remark you have to decide if corner sharpness is really an issue when shooting wide open. Most of the time when you are wide open you are shooting objects with an out of focus background. When this is the case, what does it matter that your lens has bad corner sharpness wide open? Absolutely nothing.

So, to answer your question, it could still be necessary to stop down with your crop camera, but depending on the center sharpness of your lens in relation to its corner sharpness, it might become less important or even unnecessary. 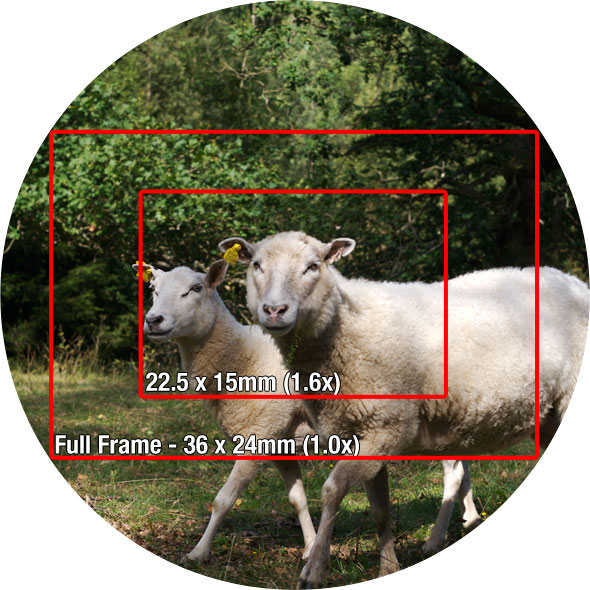 The need to "stop down" a lens has to do with the construction of the lens, not the sensor or camera. In any lens, there are tradeoffs, and the most significant tradeoffs come with cost. A cheaper lens will produce poorer quality at a greater number of "wide" apertures than a more expensive lens. This is due to the quality of the optical materials used for each lens element, the number of aberration-correcting elements or materials used, etc.

A "consumer grade" fast 50mm prime, such as an f/1.8 or f/1.4, will usually exhibit a number of optical aberrations when used wide open. Those aberrations will persist until the lens is stopped down to an aperture where diffraction becomes the most significant factor that drags IQ down. Both diffraction and optical aberrations are always present, at all apertures...however the degree to which they present operate on opposite curves. Aberrations increase as aperture increases (in most cases...there are exceptions to this rule), and diffraction increases as aperture decreases.

You can use two 50mm lenses on the same exact APS-C camera. A cheap 50mm f/1.4 lens will likely need to be stopped down to f/4 or even farther before it achieves its maximum sharpness potential. A very expensive 50mm f/1.4 lens might achieve its highest resolution at f/2.

So, fundamentally...the need to stop down a lens to maximize it's sharpness has to do with the lens, not the camera! The more money you spend, the better the quality will be in most cases.

If you are willing to spend as much money as necessary, and can afford to get the best of the best, then there are lenses that do not require you to stop down to realize maximum performance. An example would be any one of the "great white" lenses from Canon. The new Mark II line of telephoto and super telephoto lenses employ the most advanced optical designs and materials known to the DSLR photography world. The 200mm, 300mm, 400mm, 500mm, and 600mm lenses all offer optimal performance at their widest apertures (or, in the case of the 200mm through 400mm lenses, within 2/3rds of a stop at most). You'll spend a pretty penny for any one of those lenses, with the cheapest clocking in around $7000, and the most expensive reaching $13,000. Nikon has just recently released their new 800mm prime, which utilizes similar design factors that were originally seen in Canon's Mark II telephotos (such as fluorite elements for superior control over CA). The Nikon 800mm lens clocks in at $18,000!

Yes, you still need to stop down to achieve best image quality and the sharpness and contrast are properties of the lens (unless the lens is so good it out-resolves the sensor).

However, on APS-C (with a full frame lens) you don't get all the problems related to the corners of the image (mostly corner softness and vignetting) because the sensor only "sees" the center of the image

stopping down a lens means increasing the f stop which is the opposite of shooting at f2.8 which is a lens aperture wide open. If you stop a lens down you get a greater depth of field and more of the image will be in focus- but when you stop a lens down you are reducing the amount of light entering the lens and therefore reducing the actual sharpness of the image. If you look at images that have been shot wide open- they are crisp and bright- the more you stop down the more you are bending the light into a tighter aperture and reducing quality

Not the answer you're looking for? Browse other questions tagged sharpness cropped-sensor or ask your own question.

15
How do I choose a macro lens for a Canon APS-C camera?
8
Can the sharpness of the lens be evaluated with no relation to the DSLR?
13
Distortion/quality when using a full frame lens on a crop sensor camera
3
Will there be any difference in photos taken using full frame and crop lenses on a crop camera?
1
Sigma 28-105 3.8 5.6 Lens not sharp with Nikon D7000 unless stopped way down?
0
Will cropping an FX image to DX size have the same end detail for sensors with the same MP?
2
How do I get the best sharpness from a Zeiss Jena Pancolar MC lens?