Yesterday, I have been shooting photos at a christmas market -- especially a band that played there. Since everything happened in the evening and it was quite dark, I thought using RAW instead of JPEG could be useful so I would have more details for later adjustment.

After importing the photos from the SD card to Aperture, I was shocked because the photos looked massively different when viewed in Aperture compared to what my camera showed me as a preview.

To eliminate the possibility that there is just a difference between the color profile of the camera and that of my computer’s display, I opened up “PictureStyleEditor”, a software that shipped with my camera, loaded one of the photos from yesterday’s session and compared how it looked. In PictureStyleEditor, it looked just like the preview on the camera’s display, so I wonder what’s wrong with my Aperture setup.

Here is a screenshot with Aperture on the left and PictureStyleEditor on the right: 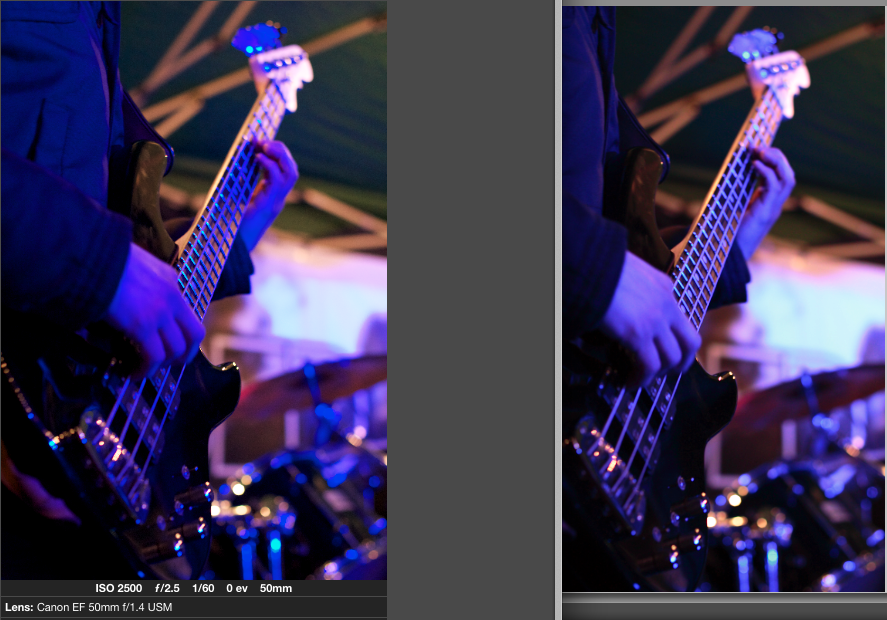 On other pictures, the difference was even greater but since there were people on them, I didn’t want to upload these as an example.

I’d like to get the look of the camera preview/that of Picture Style Editor as a starting point (for editing) in Aperture. It would be great if someone could help me figure out why they look so differently although stemming from the same file.

EDIT: Here is another example which shows the problem way better. I asked the photographed person if it’s okay to upload this photo – it is. Uninstalling and reinstalling Camera RAW didn’t help, by the way.

On the left: Apple OSX Preview, on the right: PictureStyleEditor (that looks the same as the cameras’s onscreen preview) 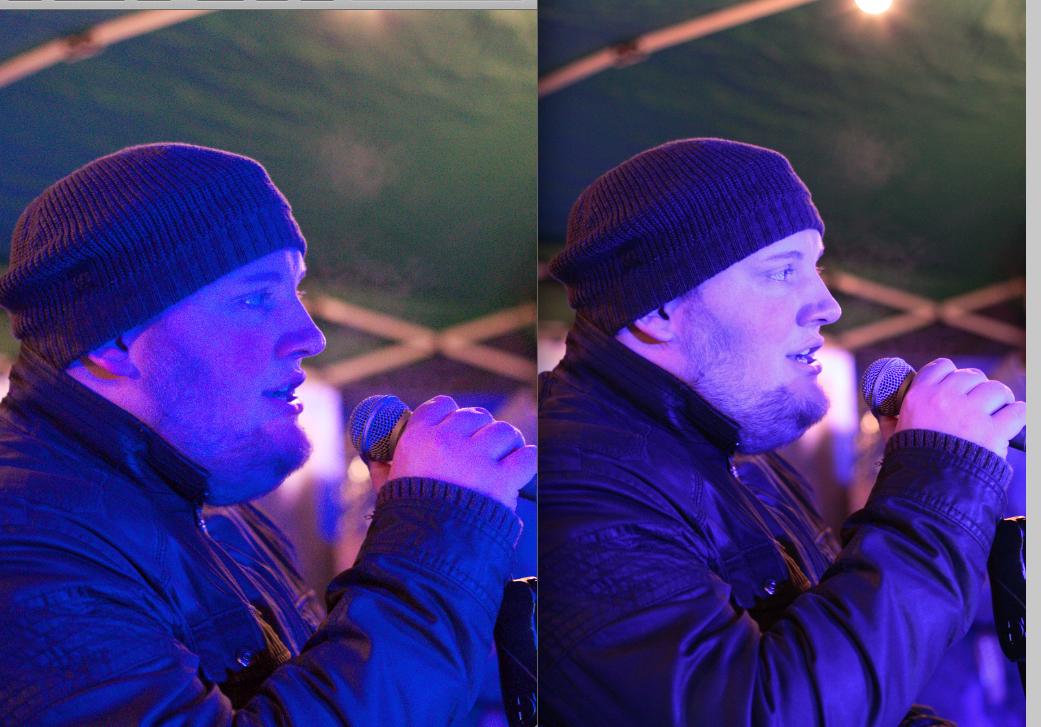 There is nothing wrong with your Aperture setup. RAW files are like film negatives, they need to be processed so they can be viewed/displayed as intended. Your camera does not show the RAW file when you press play and preview the image but rather a JPEG image that has been processed in-camera. This is known as a sidecar file.

Further reading: Why do my photos look different in Photoshop/Lightroom vs Canon EOS utility/in camera?

How can different RAW converter programs give different results?

I began noticing the same issue. I work with social media nearly 100% of the time so I don't shoot in RAW that often because I need to generate decent photos quickly and get them online (my iPad data plan would hate me if I started uploading those file sizes too haha!).

Following the above path helped my issue, though, when I do work in RAW so I would suggest you check those preferences. If you haven't made edits on your most recent import and still have the files on a memory card, I would delete them out of your library, change the import preferences and re-import them to see if it helps. I think it will give you the inspector view you're looking for.

This is probably due to differences in conversion algorithms between the two programs. Since Raw photos need to be converted to a JPG to be viewed, the program (or the camera) does a simple conversion preview. PictureStyleEditor probably uses a more sophisticated algorithm that is closer to your camera's. OS X probably has less focus on RAW images and thus has a less complex algorithm.

I hope that this helps.

The main difference is that Aperture and most other raw converters ignore the in camera settings for things such as white balance, contrast, saturation, etc. at the time the photo was taken. Instead, each application applies what their designers considered to be a good default starting point for a particular camera.

Canon's in-house products such as Picture Style Editor and Digital Photo Professional read the in camera settings and apply them at the time you first open an image taken with an EOS camera. You are free to change them as you wish, but it is nice to have the settings selected when the picture was taken as the starting point.

110
What is RAW, technically?
12
How can different RAW converter programs give different results?
3
Why do photos look blurry in Aperture but sharp in Mac OS X Finder?
2
Raw photo vs raw video
1
Apple Aperture, raw files, and white balance?
1
Why does raw to jpg conversion differ in different editors?
0
Image artefacts when exporting RAW to JPEG

4
How should one deal with 'hot' pixels on Canon T1i, either in-camera on in Aperture?
4
How to properly deal with lens distortion in Sony NEX RAW files?
4
Why are my NEF photos unusually dark in RawTherapee?
4
Why is my Canon Raw preview a much smaller filesize than high-quality large, despite little difference in image?
2
Regenerate DNG previews in Lightroom 3
0
Canon 6D Mark ii RAW preview on Mac not displaying
3
Colors are different in Adobe Camera Raw compared to Photoshop (sRGB)
3
Why isn't Corel Aftershot 3 opening my RAW file?
1
How to batch convert old NEF photos to JPEG/HEIF with in-camera processing look?