Getting the starburst in sun shine like this photo is from post processing or done at capture?

I can't believe that the linked photograph is without any post processing.

Is that starburst sun shine in the photograph an outcome of post processing or is it the result of a trick at capture time?

Either way, how can I get an image like that?

It can be done in post-processing, of course, but that's the result of shooting a bright light source using a very small aperture (high f-number) and having a 9-bladed iris in the lens.

Different iris shapes will show different "star" patterns. This one has 18 points, which means it came from either a 9-bladed or 18-bladed iris, and since nobody makes lenses with an 18-bladed aperture iris at the moment, it must be a 9-bladed iris. You can practice creating the effect by shooting a small light bulb or candle flame against a dark background to find out which of your lenses gives the best effect and how to control the star pattern with your aperture setting.

If I understand what your asking, how to get the sun to produce a multi-pointed sunburst or star flare like that (Fraunhofer diffraction), its relatively simple: stop down your aperture to the point where it is no longer circular, but a polygonal. Using a fairly small aperture will produce a star flare around most light sources that are not too small.

The nature of the star flare will depend on the type of diaphragm you have in your camera. Not all diaphragms are the same, and range from having as few as 5 blades to as many as 12 in some extreme cases. Different star patterns will be produced depending on the number of corners (even vs. odd).

As for the total effect in the image you posted excluding the flaring of the sun, it looks like the dark shadows of the photo were bumped up a fair bit in post processing (hence the noisiness of the shadowed side of the boats in the foreground). I'm also guessing that saturation was bumped up a fair bit, which is probably what makes the orange so brilliant. 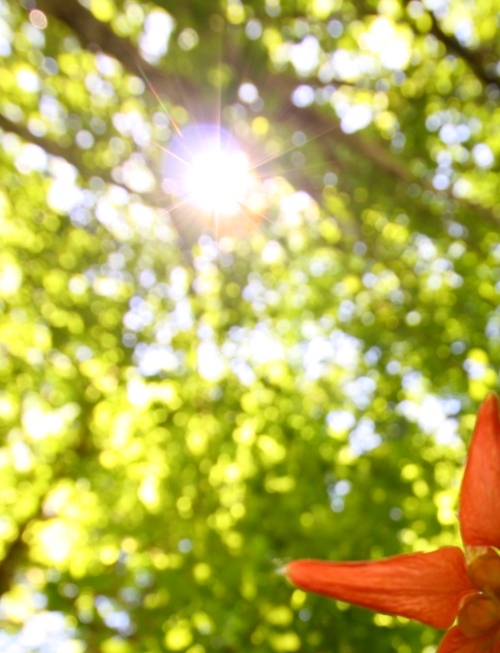 You want a narrow aperture (though I only used f/4.5 for the example, since I was trying to hand-hold the camera at an awkward angle and couldn't stop down any farther without getting too much camera shake; f/8 or f/16 probably would have had a much more pronounced effect) and it helps if the sun is filtering through something: in my case, leafy trees, and buildings in the image you linked.

Oh, and don't look at the sun through your viewfinder!

One way to accentuate it in post; crank recovery/saturation; and play with blacks to even it out a bit. Can look nice with certain scenes(Below was a single 15s exposure@f/8.0, ) 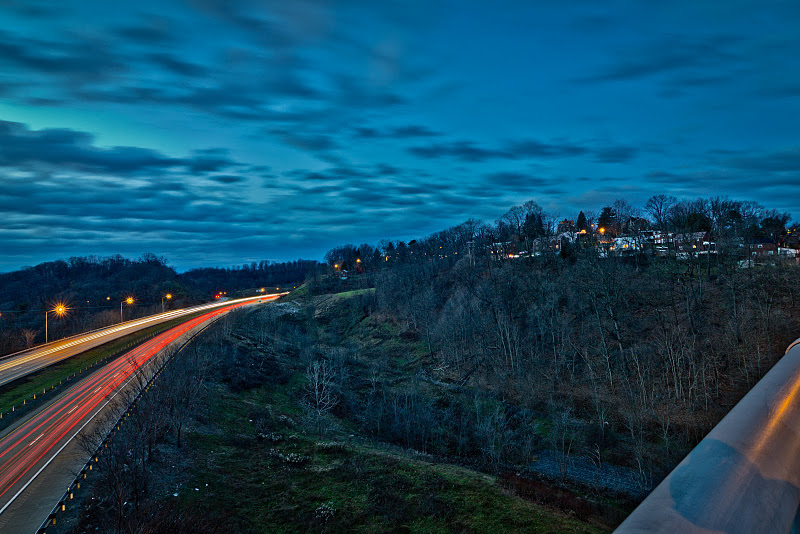 adjusting the warmth in the image can help add to the tones, as with saturation and hue, but this photo had a fairly slow shutter speed at f16 or thereabouts id guess which allowed the sun to appear starburst, perhaps using black glass?

Not the answer you're looking for? Browse other questions tagged post-processing technique effect sun starbursts or ask your own question.

14
How do I get this dramatic look through post-processing?
3
Are images like this possible straight out of a D40 without post-processing?
8
What post processing should be done to my photographs of the aurora borealis to improve colours and impact?
5
How can I make sun beams more visible in post-processing?
3
Getting this 1950s-esque photo style in post?
6
Is there a known practice of post-processing to make a finished photo while viewing a subject?