I'm 90% sure this photo was edited to look like this, not taken that way. How do I get this effect – vibrant colors but still washed-out and 1950s-esque at the same time? Perhaps a sepia cast, but clothing colors still strong? Soft edges and glowy effect?

When I search "vintage photos," it's often a very different style, where the tone curve has the black point lifted. And normally in what I see described as "vintage-style" photos (eg, in Instagram) the colors seem less vibrant and skewed away from purples and greens. 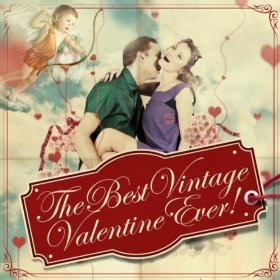 How do I get this effect – vibrant colors but still washed-out and 1950s-esque at the same time?

Your example looks like it was hand tinted. Maybe it really was, or maybe it was just made to look that way in an image editing program, but either way that's the reason you get those not-quite-real areas of color. There are lots of tutorials on the web (here's one) to show you how to achieve this in Photoshop -- it's basically a matter of starting with a monochrome image, adding a color layer, and painting a semitransparent layer of color over the original.

It's hard to see that in the small example image, but it could be that the original photo had a slightly soft focus, or it could be another result of the hand tinting. Having lots of clouds in the background might add to the soft appearance.

Not the answer you're looking for? Browse other questions tagged lightroom post-processing photoshop photo-editing vibrance or ask your own question.

0
How to achieve this effect though post-processing
5
How was this photo edited to feel vibrant and lush, but also soft?
3
How could I achieve this soft-but-powerful-glow effect in post-processing?
7
Editing photos for this "milky" and "twinkly," vivid but nostalgic effect?
0
Getting the Instax-camera look in post?
2
How do I give my images this vintage travel photo effect?
2
How to emulate 1950s studio-style photo?