From where to calculate flange of petri breechlock mount?

EDIT:My intention was to destructively modify petri lens for use on EF DSLR.

I found some good Petri lens selling for less than 100RMB on the local auction site. I searched and found that petri breechlock is only 0.5mm shorter in flange than Canon EF so I would like to convert them. But after searching a lot I still don't know how exactly is the the petri mount's flange calculated. Would be gratified if somebody can tell me from where it is calculated.

Petri breech mount lenses have a flange focal distance of 43.5mm. Yes, that is only 0.5mm less than the Canon EF 44mm flange focal distance, but there is no way to make an adapter unless you include focus corrective optics. It would also be very difficult to modify the lens mount as you would have to move the mount closer to the image sensor and still have a way to attach the lens to the camera.

Lenses with flange focal distances longer than 44mm can use a simple adapter. These include Petri Bayonet, Pentax M42, and Pentax K at 45.5mm, Olympus OM at 46mm, and Nikon F at 46.5mm. 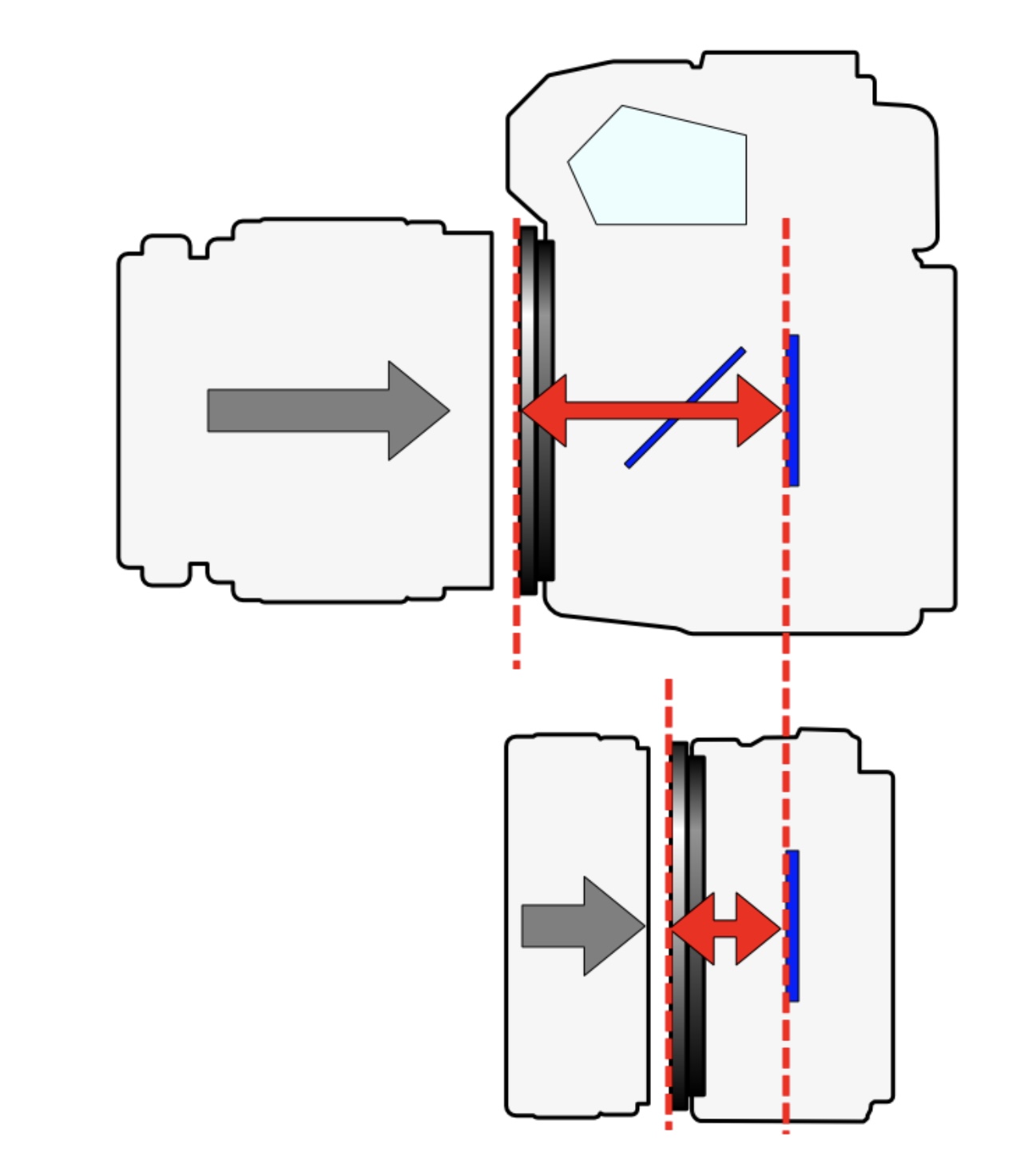 11
Removing rust from a lens's mount?
8
How does a short flange back distance improve image quality?
2
Name of contact pins of Canon mount and where to buy it?
10
What are the advantages of metal mount vs plastic mount?
3
What exactly is focal length when there is also flange focal distance?
4
Nikon D3200 lens flange has undocumented Button or lever
2
Pentacon Six mount - inner diameter
4
Where can I find a mechanical drawing of the Canon EF Mount?
0
What is the flange focal distance of CS mount lenses? Is it 12.500 mm or 12.526 mm?
1
How exactly is "flange" defined in the term ''flange distance"