How exactly is "flange" defined in the term ''flange distance"

The concept of a flange distance is something I understand on a theoretical level, but not so much on a practical level. It is debatably the most important measurement in the camera, determining the accuracy of the focus.

My question is this: how is a flange defined? Is it the very furthest forward part of the body's lens mount? Is it related to the back element of a lens? Is it dependent on the actual shape of the lens mount?

My question is this: how is a flange defined? Is it the very furthest forward part of the body's lens mount? Is it related to the back element of a lens? Is it dependent on the actual shape of the lens mount?

It is the flat, machined part of both the lens and the camera that mate to one another at an established distance from the camera's imaging plane. With most current mounts, it is fairly easy to see on the camera as the flat metal ring that surrounds the opening in the front of the camera, properly called the throat. 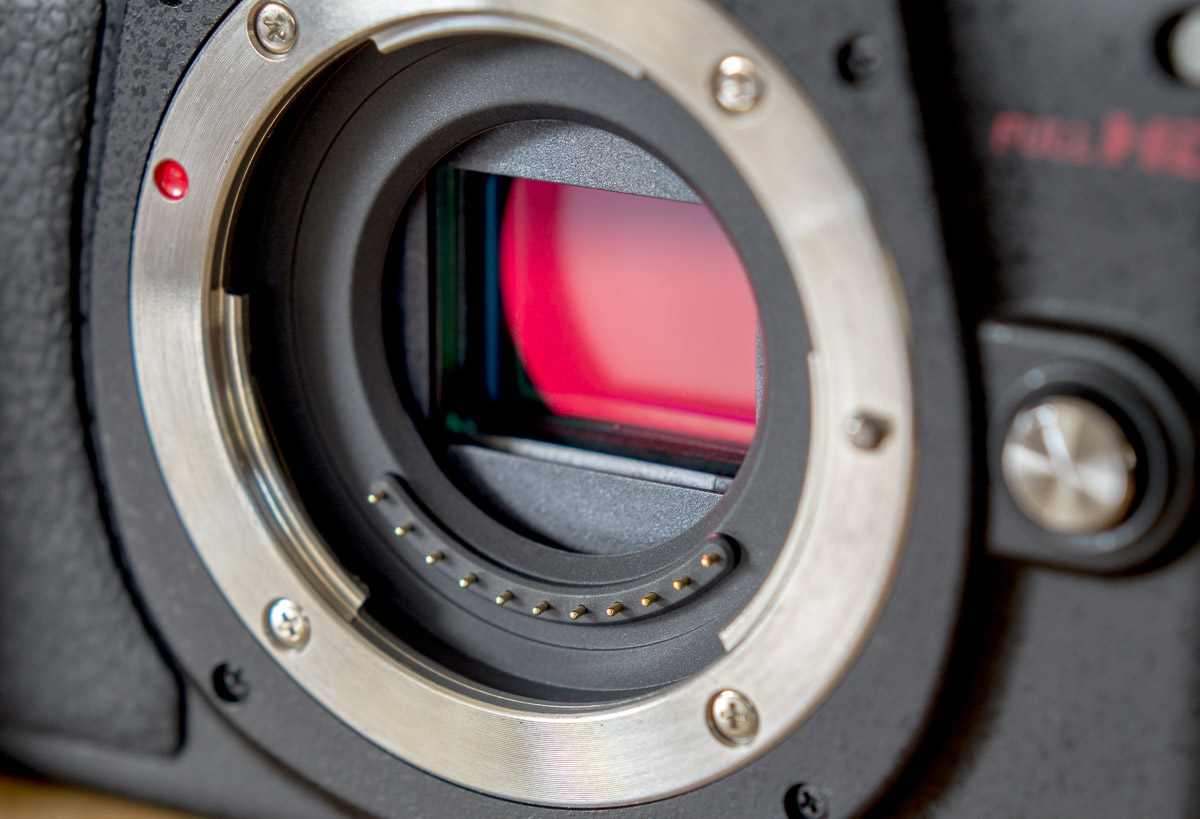 The front surface of the widest, flattest part of the metal ring of this Panasonic GH4 camera is at the correct 19.25mm distance from the plane of the image sensor.

There may or may not be other points of contact (levers, screw drives, lugs, etc.) on the camera that are forward of the flange. Most mount systems have lugs on the lens ring that extend past the flange and engage lugs on the inside of the camera's flange ring.

This screw mount type of lens shows threads that extend well into the camera body. The flange distance, or registration distance, is measured from the flat flange ring on the back of the lens. 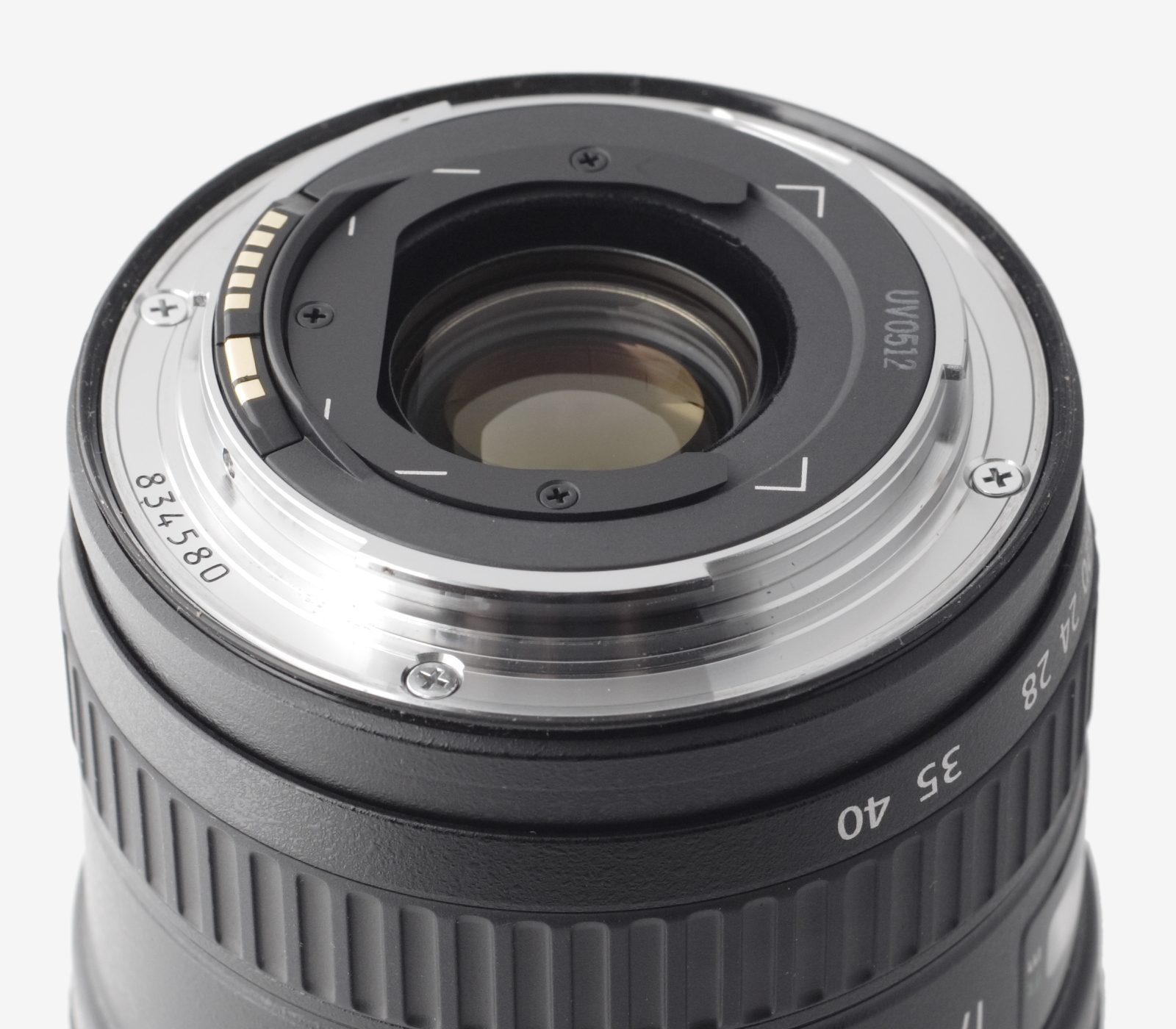 The back of a Canon EF mount lens. The exact flange distance is at the flat top of the two concentric ridges on either side of the serial number and the screws that secure the flange ring to the lens. When the lens is twisted onto the camera, these two raised ridges are pressed tightly against the wide, flat flange ring on the camera which is very similar to the one pictured above (other than the fact that on Canon EF cameras, the ring is 44mm in front of the imaging plane). 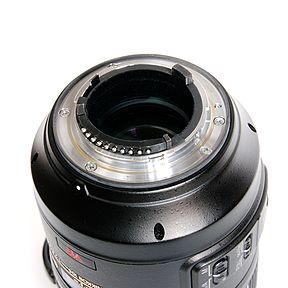 This Nikon F-mount telephoto lens has a rear element that is nowhere in sight from the rear of the lens as it is placed well forward of the mounting flange. 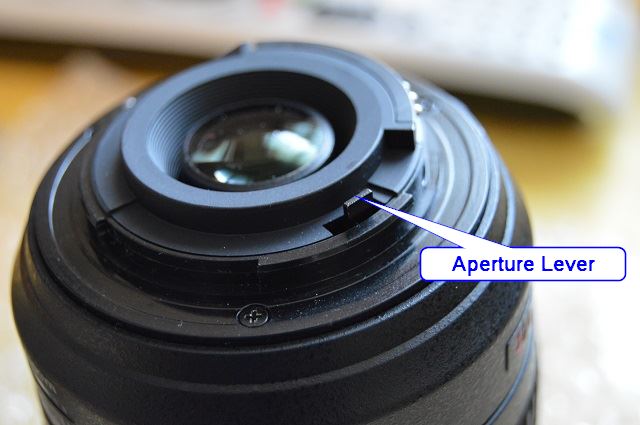 On the other hand, this Nikon F-Mount lens has a back element that is well past the mounting flange (also the flat top of two raised concentric rings on either side of the screws holding the ring to the back of the lens body).

Old large format camera had a front lens board, to which a flanged metal ring would be attached, and then the lens screwed to that ring. It looks like this: 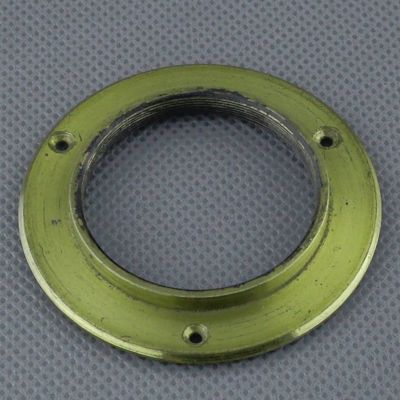 Compare to a toilet flange: 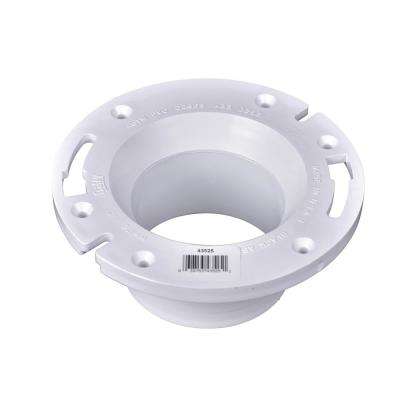 … pretty much the same, right?

So, that's where the word flange comes from, even if it doesn't necessarily literally apply to the mounting rings of modern bayonet mounts which don't have quite the same obvious jutting-out flange.

But that background doesn't really matter for the purposes of your question. The flange distance is the depth from the ring on the camera body to the recording medium (lens or sensor). This is, for all practical purposes, the same as the distance from the mounting ring on the back of the lens when the lens is mounted, since these rings touch.

The rear element of the the lens can be recessed further in the lens body, or it can protrude slightly further. It depends.

Is it dependent on the shape of the lens mount? Well, yes, kind of, but since all lens mounts I know of use a fairly similar ring, that's kind of an academic point.

You call this "debatably the most important measurment in a camera", but, really, while one can debate anything, I don't think there's much of debate here at all — it's not that important or interesting except for some esoteric considerations. It affects lens design, but not "accuracy of focus". A system with a flange focal distance isn't going to be be more or less accurate in focus than one with some other measurement.

Flange definition: a projecting flat rim, collar, or rib on an object, serving for strengthening or attachment or (on a wheel) for maintaining position on a rail.

In photography, flange is where the lens and the camera make contact.

Flange distance or flange depth is the distance from the flange plane to the focal plane (where the film or sensor is located).

Each manufacturer/mount has a different flange distance.

It has importance when you are adapting lenses with a different system/mount than your camera.

Not the answer you're looking for? Browse other questions tagged lens terminology optics lens-mount camera-design or ask your own question.