How to photograph in space with lots of diffuse light?

I'm a newbie to product photography, trying to learn more as part of my job. We're doing a product photoshoot of plant collections inside a polytunnel (a bit like the example below). 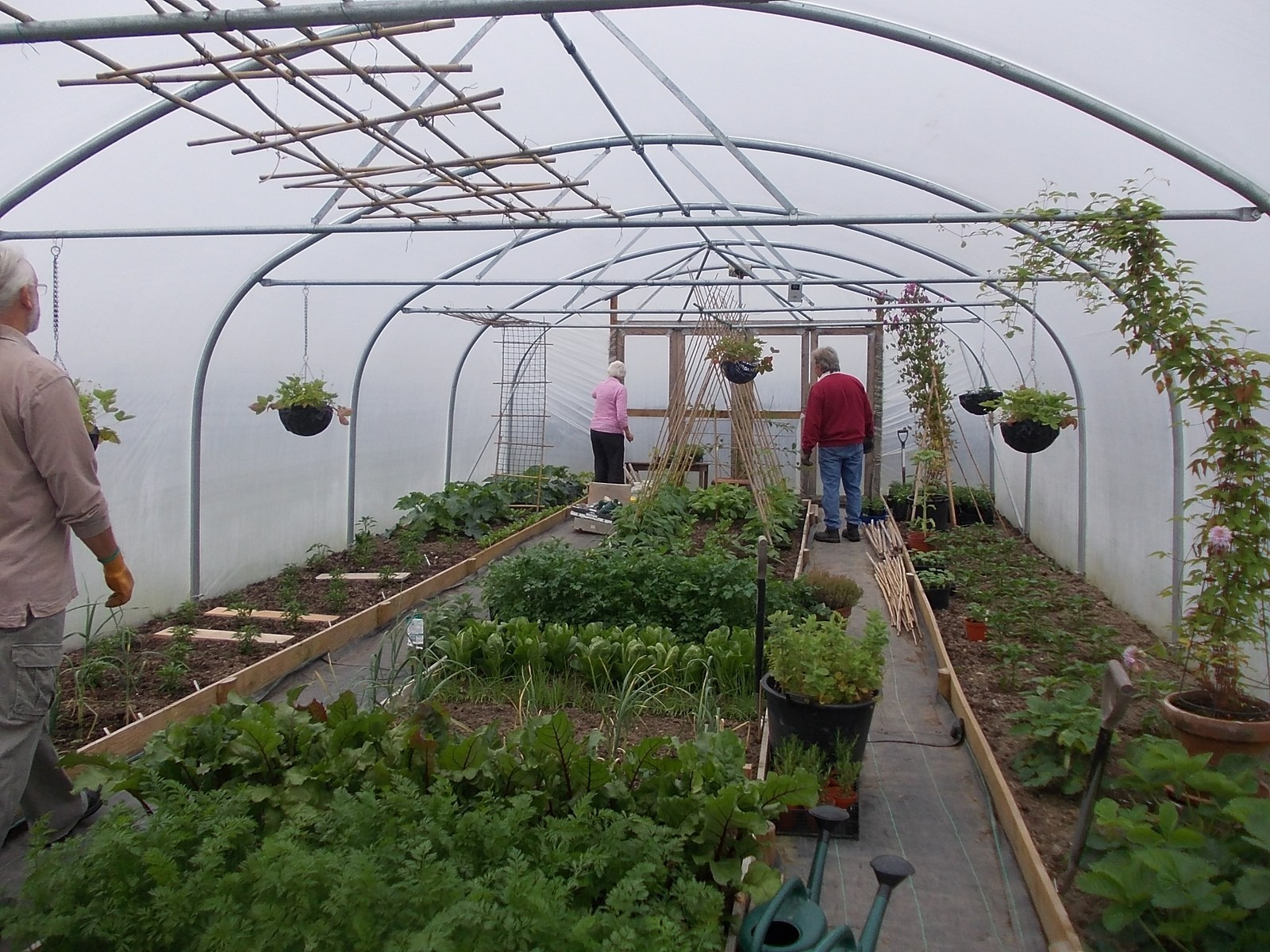 Because of the translucent roof, the space is filled with a diffuse light.

Here is an example of the type of shots we are looking to do, as well as shots against a backdrop. 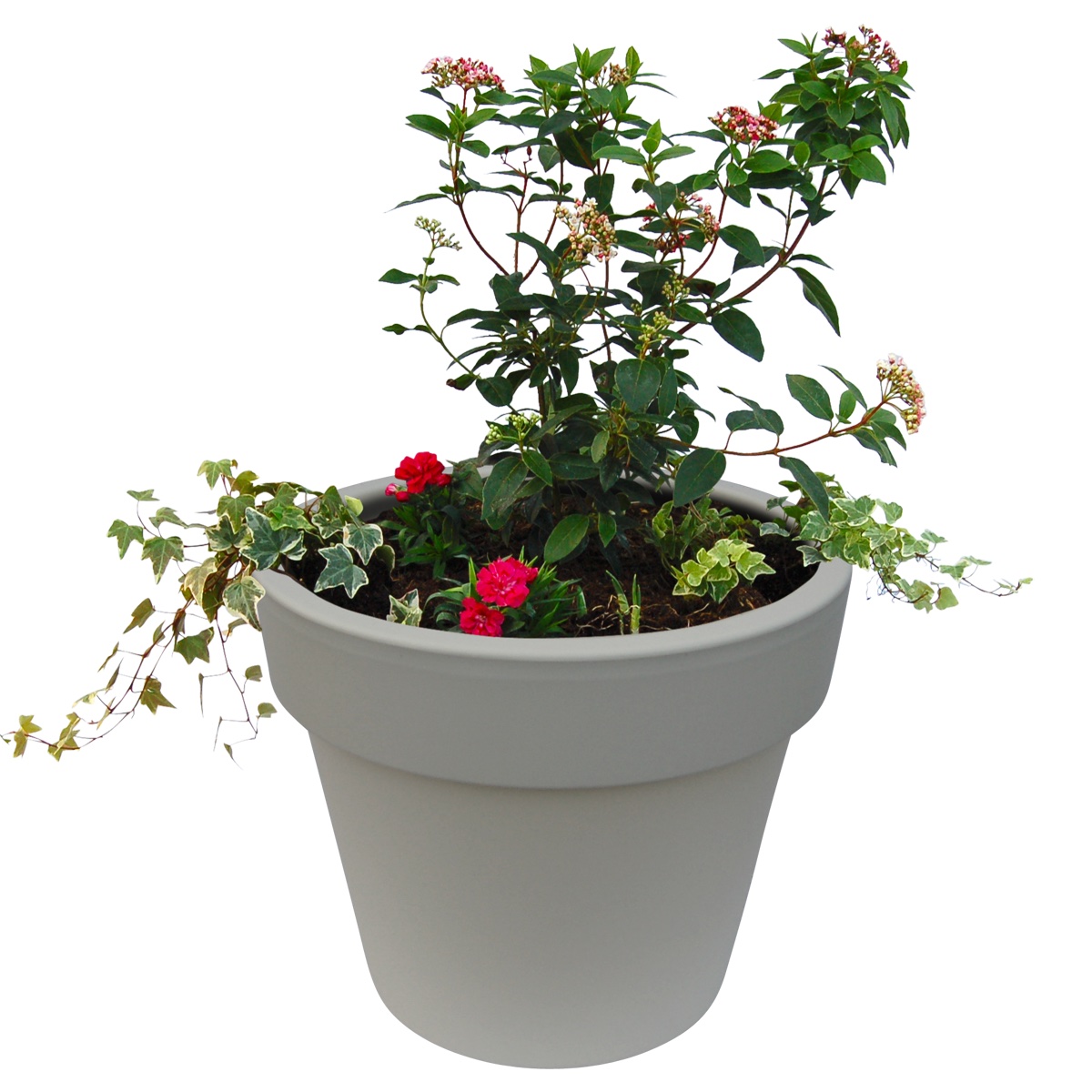 My question is: what lighting set up would you recommend to take the best photographs of these products given the uncontrollable light from the roof?

If you've got a good, stable tripod with a wired or wireless remote release and there's no wind blowing your plant around use base ISO (probably ISO 100 for most cameras) and set the exposure time long enough to get that -1 stop exposure before you add the flash.

If there's so much ambient light that even at f/8 and ISO 100 it won't get your exposure time at or below the camera's sync speed, then use neutral density filters on the lens to reduce the amount of light entering the lens.

Use a flash or two placed behind the plant to light the backdrop. If a single flash from below will not be seen, that often works. It's true the bottom will be brighter than the top, but if you use enough flash power to blow out the top, it will appear the same as the bottom in the photo: pure white. You don't need to use two strip boxes crossing from either side unless you want to keep the backdrop to uniformly just below full saturation and/or you're in very confined space and are concerned about light from the backdrop flash bouncing around inside a mostly dark studio. Also, since you're blowing out the background (fully saturating all three channels) you don't need to worry about matching the color of the flash lighting the backdrop to the ambient light.

The example image was taken with extremely soft/diffused light similar to what you should get from the polytunnel; duplicating that with softboxes for large products can be quite difficult/expensive. And the image looks more like a photoshop cutout than having been taken on a white BG.

If that's your goal, then you just need to use a BG that makes selecting/removing it easy... e.g. a blue screen BG would work well for many plants.

I am not sure where you want to include the backdrop, if the space is as restricted as in the example image. And some of the plants may not be movable.

Regarding lighting, you actually could use the diffused light as an excellent fill light. Usually you want to have soft light anyways, and that is exactly what the polytunnel provides.

If you want to take the shot in the tunnel, you have some options:

For the best results, you would just move the plants to a location where you have full control over the lights and can use a white paper background, which you can extend onto the floor. Product photography is a lot about exact control of the light and setting. You will have neither the space nor the control in the tunnel itself.

20
Why can't I get a decent white background with product photography?
16
How can I improve my photographs taken on overcast or cloudy days?

12
How do I photograph coins with a glossy surface?
6
Do I need a better Camera or do I need to learn how to use the one I have?
10
How do I compare a continuous light panel's brightness vs. flash through a softbox?
5
How to photograph glitter and holographic glitter?
18
How to photograph sparkly objects?
1
How can I properly take advantage of this equipment?
4
How to approximate diffuse studio lighting outside
2
What's the best way to avoid color fringing in shadows using budget gear?