Bulk crop JPEGs with alignment of apparel shots with models

We have got several hundrets of photos for an online shop shot on different models. All of them have a plain white background, but vary in clipping (?).

We need to crop them in following way:

This image shows the lines to align over all the images: 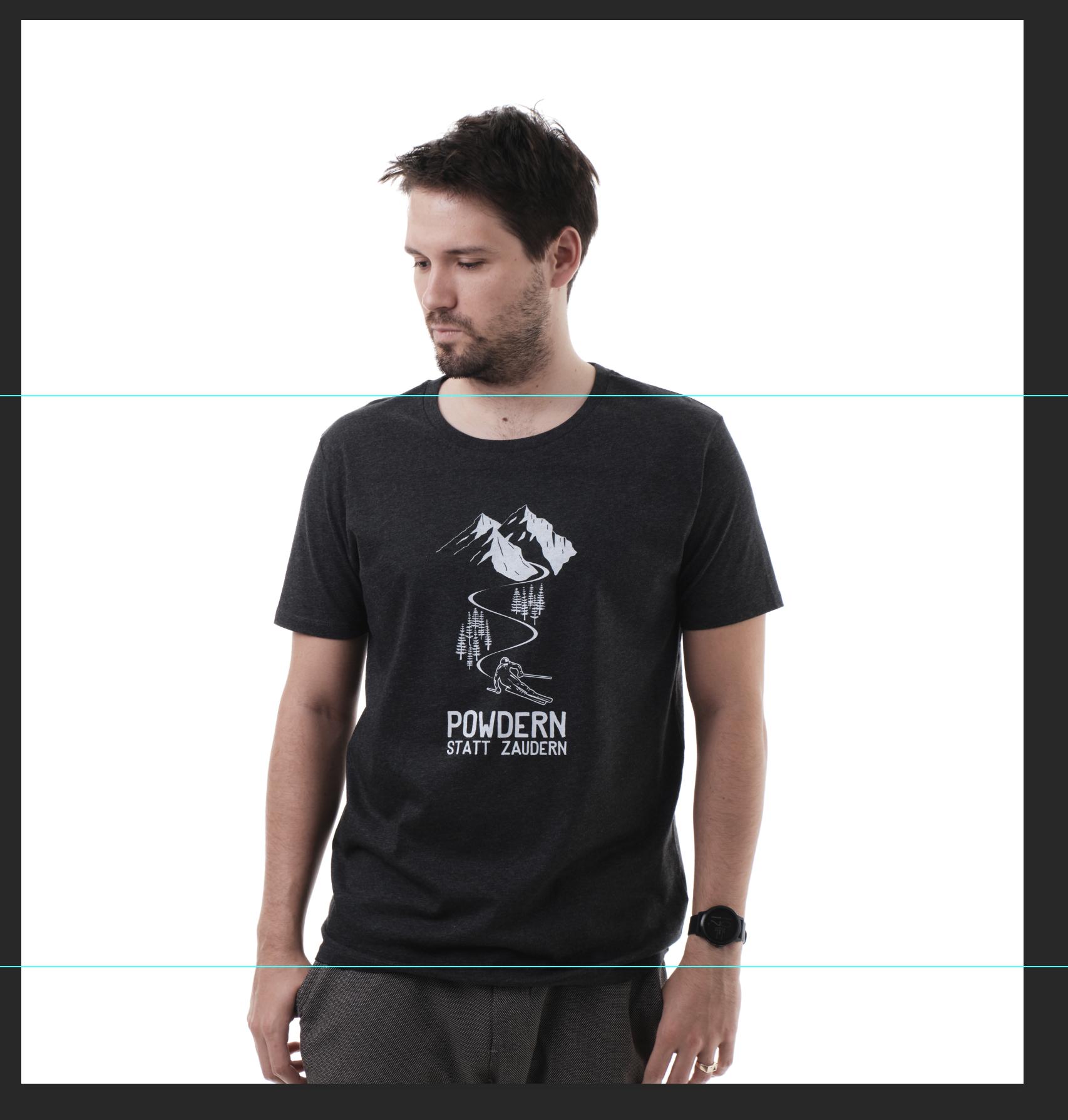 We tried following in Photoshop:

Is there a faster way to get this job done? Thanks for any input!

If you have guides to align shoulders/lower edge and possibly the center of the t-shirt, you don't need to play with opacity to align on a model. I don't know PS, but with Gimp:

So after a bit of set up you can realign all your pictures manually, but in a matter of seconds per picture. Once the pictures are realigned/rescaled, you can bulk-crop them with ImageMagick.

Both scripts mentioned above can be found here.

If you show me an alogrithm capable doing this, I am more than happy to automate it.

For a software approach I would try to use OpenPose, a deep-learning based human posture tracking stack.

They have pre-packaged builds so you don't need to recompile anything yourself. You just need to download the neural network model, put stuff in the correct location and follow the usage instruction.

You would run the openpose program on each image independently. This will output a .json file with "keypoints" representing a human model. By default it uses a 25-point model which is fine for this application.

From this you can determine the 2D position of the head, shoulders, hands and hips, which should be enough to let you normalize the images.

You would first fix the scale of the image by upscaling or downscaling based on the expected pixel height of the zone between shoulders and hips. Then you would shift up or down to match the location of the zone. For images that need to be zoomed out or shifted in a way that "reveal" missing parts of the photograph, use whatever system you would use manually, for example adding blank space.

Not the answer you're looking for? Browse other questions tagged photoshop product-photography cropping or ask your own question.

9
How to Bulk-Crop many images whitespace?
0
How to select objects from image, that are not in another image (in PS)
0
How do I figure out a good workflow with Lightroom CC, Nik Filters, Photoshop CC, and Exporting?
0
Why does the result of Photoshop Curves and Imagemagick Curves differ?
0
Combining "long-exposure" photo stack with HDR in Photoshop and Google Nik Collection
9
How can I align hundreds of images?
2
How to show the differences between two images in one combined image in Photoshop?
2
Cropping vs. resizing: which is better/more acceptable?
0
Which program can crop and resize images in a specific aspect ratio?