Please take a look at the picture below. You can see where the focus point was thanks to a LR plugin. But the image is unsharp - again. And yes, I'm sure the dog was standing still enough for 1/250 and not moving.

I have this problem on my 7D II and as well on the 5D III with this lens. Might be case for the support or a newer version of that lens? Any ideas what could be wrong? :( The only theory I have is that the dark color of the fur, especially in shallow light, causes the auto focus a problem. I'm not sure but I have the feeling this happens most of the time with darker colored dogs.

It is not like all images are messed up. I could upload one that came out pretty sharp. Compare it with this image, same lens and body. But many aren't even with the settings I've used in this mage. I usually try to shoot dogs with not less than 1/250 outdoors even when they're standing still. I prefer to go up with the ISO than lowering the aperture. 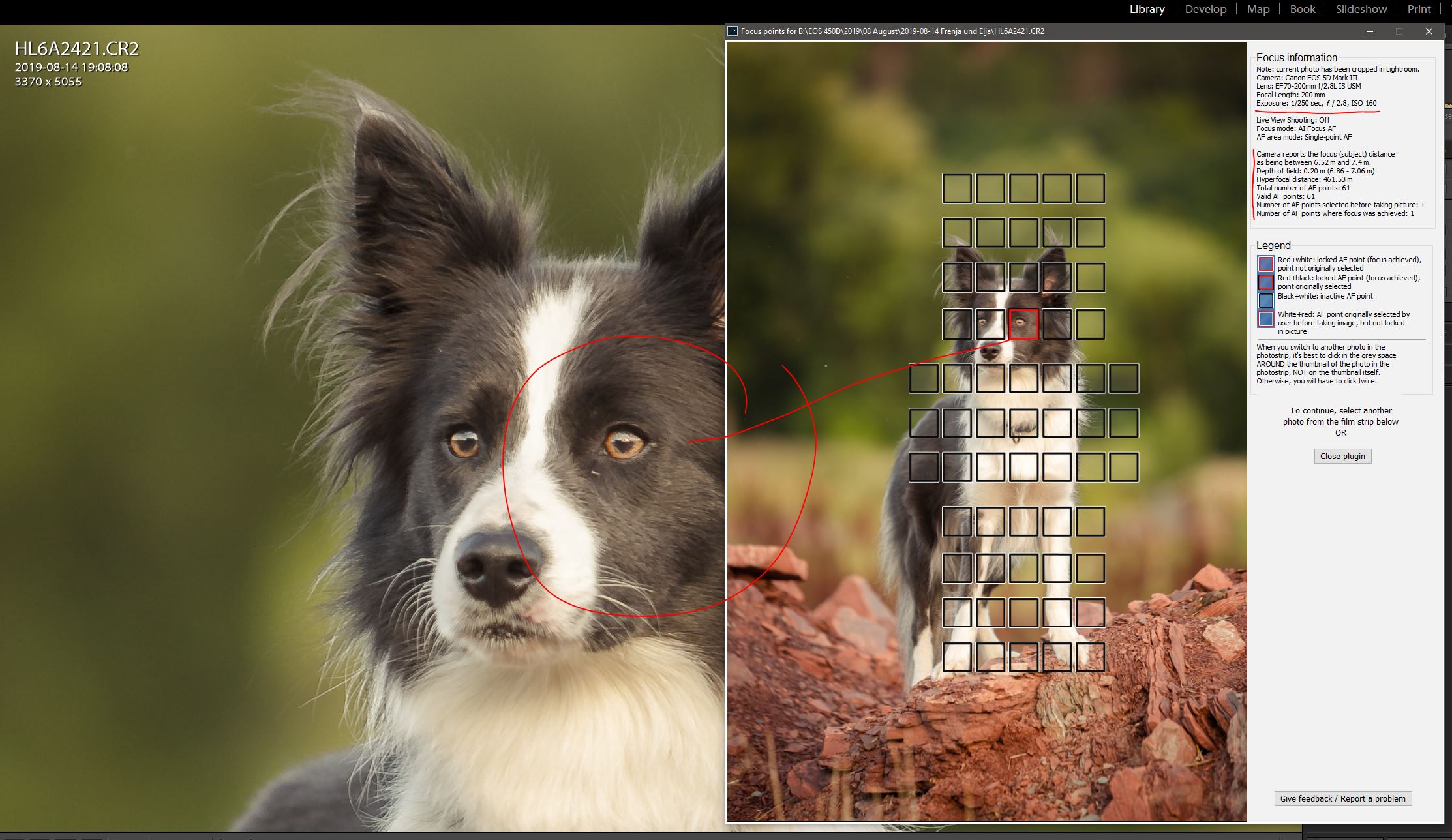 This one here came out a little more sharp: 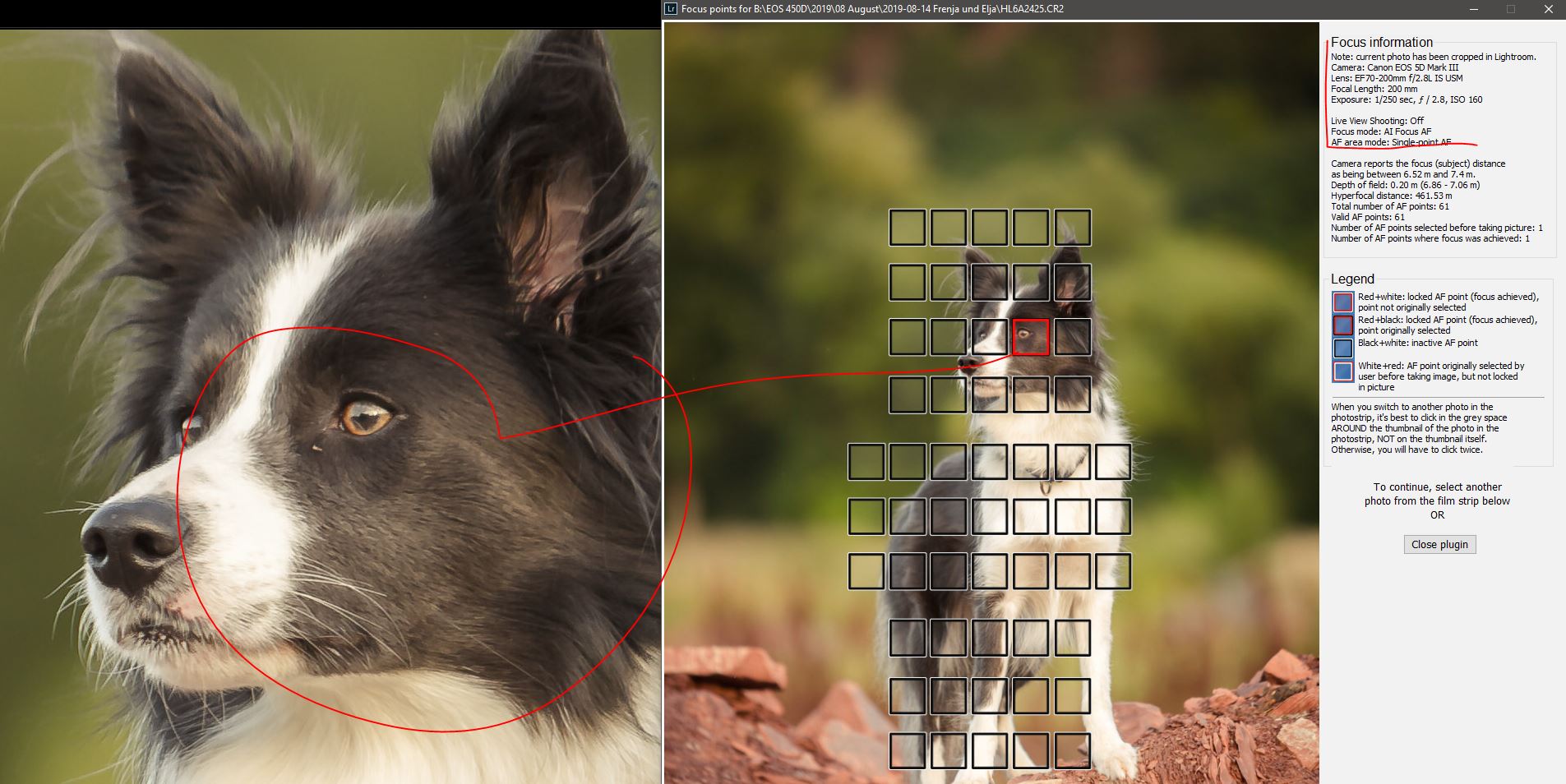 It's hard to tell without more information & EXIF data.

Here are some possible explanations (and why more info is helpful)

When testing lenses for focus accuracy (or any other optical test), care should be used to ensure no other issues adversely impact the test. Whenever I purchase a new lens, I always test it while it's still within the return period.

A focus test chart would be ideal (such as a Datacolor Spyder Lenscal or a LensAlign testing tool. These tools have a flat card with a focus target. Adjacent to the focus target is a scale positioned on an angle -- which extends both in front and behind the focus target. You focus the camera on the focus target and take a photograph, then inspect the scale to determine if the most accurate focus is at the target vs. closer or farther.

The cameras you are using all support AFMA (auto-focus micro-adjustment). If you are able to identify a consistent trend you can apply some AFMA and re-test until you are satisfied with the results.

Use a remote shutter release to trigger the camera so that the test isn't affected by any vibrations caused by touching the camera.

Using a commercially designed test target isn't a requirement -- the real requirement is that you try to isolate everything else that could impact focus (photographer movement, subject movement, vibrations, etc.). But a commercial test target isn't particularly expensive and when you're buying top-end glass ... why not make sure you've got it dialed in as well as possible.

Since you haven't told us what AF mode (AI Servo, One Shot, etc.) and what AF point selection method you are using, it's impossible to determine the root cause of your issue.

For a more detailed analysis of many of the possible causes of pictures being "blurry", please see: How do I diagnose the source of focus problem in a camera?

Not the answer you're looking for? Browse other questions tagged lens canon focus sharpness or ask your own question.