I'm really into landscape photography but I can't get my pictures to look sharp. They look boring and dull. I focused to infinity by using the infinity symbol on my lens and by manually focusing using an app which calculates the DOF. According to the app if I set my aperture to f/5.6 and zoom all the way out to 10mm, I should have a DOF of infinity when focusing on something that is 3m away. I tried different apertures but the higher I go the blurrier it gets. Is the lens just not good? I saw some reviews and they weren't as good as I was hoping. They all found that the lens is not sharp and when looking at example pictures on Google that were taken with the same lens, they all look unsharp. Should I get a different lens or am I doing something wrong?

EDIT: Before I asked this question, I already did all the things mentioned in the question, http://photo.stackexchange.com/questions/50006/why-are-my-photos-not-crisp

I tried manually focusing at the furthest subject to really make sure it's within infinity and it's still not sharp. Even if I take a picture of a subject that is just a few cm away, and focus so that it looks crisp in the display, it doesn't turn out crisp on the computer. I can see a difference between f/5.6 and f/3.5 in sharpness but if that is the best I can get out of that lens I'll be very disappointed.

Here is one picture I took of the field next to our house. I took it when I got home. I increased the exposure a little with camera raw. It looked really bright on the camera display but on the computer it was underexposed. I focused to infinity and put it on a tripod and set up auto shutter release. This is the terrible outcome: 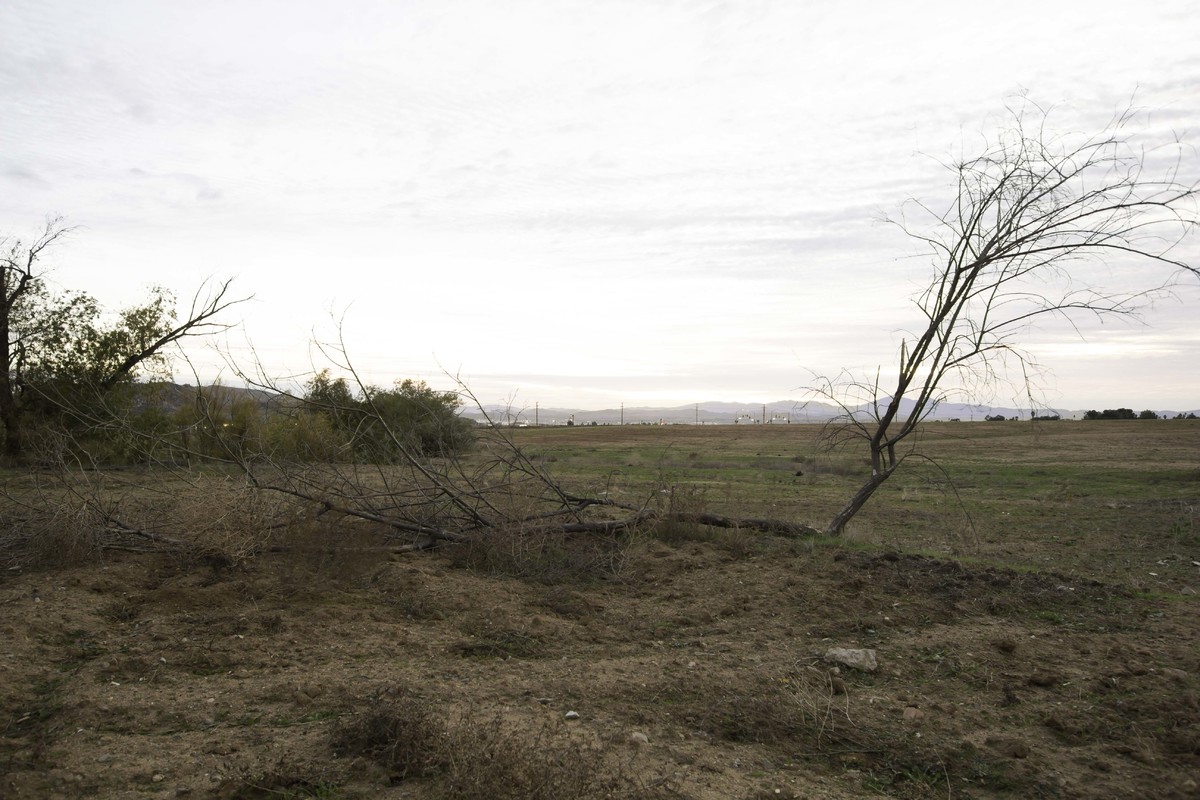 For example, this picture here was taken with the kit lens before I started getting into photography, meaning before I knew anything about aperture, DOF, etc. and it's really sharp compared to the 'better' new lens. So I must be doing something wrong with the new lens because the old picture shows that I'm able of taken sharper pictures. Generally, all I the pictures I took with the kit lens are way sharper.

There may be an issue with the lens and may need to be sent back to Sigma for adjustment/calibration/correction.

"...the fixed maximum aperture allows a constant wide open aperture exposure setting to be maintained over the full focal length range of the lens... Unless you are using manual focus, focus accuracy is very important to final image quality"

Taking a step back... the lens is trying to capture the widest view angle and flatten it. The lens is also compensating for the small sensor and further manipulating the image. It's essentially making a orthographic projection and cramming it into a rectangle.

Update: Have you isolated the issue to lens or the camera? I recommend borrowing or testing a premium lens to make sure it is not a camera issue as well. Likewise for the camera. I know the Ti3 is much better than the Ti2 and that may be compounding the issue.

Based on the sample image(s) and the described process you are following it does appear as though there is an issue with your lens. To be certain, you could try the same lens on another camera body. At this point I would consider sending it back to Sigma for calibration.

To be clear - I am not in the same boat as some others (and apparently you) that this lens in general is so under-performing that one should expect results like this. It looks like a fine lens to me.

I think you've misunderstood what "focused to infinity" means: in particular, it doesn't mean that everything closer than infinity (i.e., everything) will be in focus.

Focusing at a particular distance means that everything close to that distance will be in focus. The exact meaning of "close to" will depend a variety of factors but, if you keep the focal length fixed and keep the lens on the same camera, then it just depends on the aperture you use. Wide apertures (small F-numbers) mean something has to be pretty close to the focal distance to be in focus; narrow apertures (large F-numbers) mean it can be quite far from the focal distance and still be pretty sharp.

So, you've focused at infinity and you're expecting objects that are pretty close to you (i.e., very far from infinity) to be in sharp focus – the foreground of your example photo looks like it's only a short distance from your feet. If you want the foreground to be sharp, you need to be focusing closer than infinity. Because we're talking about a very short focal length, here, the depth of field (distance between the closest and farthest points in acceptable focus) will be very large so you probably won't need to focus much closer than infinity. If your camera has live-view, use that to see if you can get something really sharp.

The bottom line is the foreground probably won't be in focus if you focus at infinity.

Not the answer you're looking for? Browse other questions tagged lens canon landscape sharpness sigma or ask your own question.

31
Why are my photos not crisp?

12
How can I determine if my Sigma 10-20mm lens copy is appropriately sharp and focusing right?
2
What is considered “sharp enough” w.r.t the landscape pictures from a DSLR with F16?
3
What lens should I buy to get sharp pictures from my D7000?
25
Why isn't this portrait taken at f/29 sharp?
2
What kind of lens to use to get sharp images of people from a distance?
0
Why are my pictures blurry even though a DOF calculator shows everything should be in focus?
0
Why are my photo's not so sharp even when using a tripod?