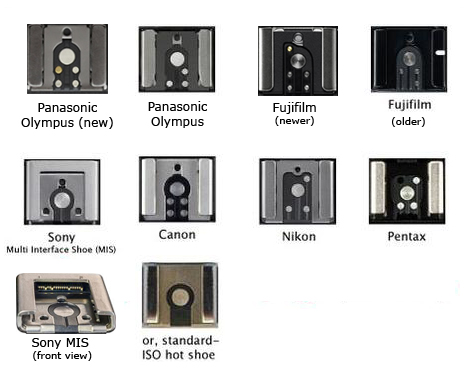 (Footnote for Canon T7/SL3/T100 users, see this fstoppers article about the missing sync connector on those models, and the Canon EOS 4000D Hot Shoe for Sync (with Studio Flashes) Q&A, but be aware there are also reports that newer copies of the T7 have it reinstated.)

If you really need cross-brand TTL/HSS compatibility with legacy flashes, you may want to consider the Cactus's X-TTL triggering system. But as of 2021, they've gotten out of the photography gear business and no longer offer support.

0
Will the Neewer TT560 speedlite work with my camera?
0
Canon flash plus Canon trigger on Nikon body will it work?
0
Is there a way to use a flash designed for Nikon on my Sony A7II in TTL mode?
20
What features should one look for when selecting a flash?
17
Can a Nikon/Canon flash be used on the other brand of camera?
5
Canon EOS 4000D Hot Shoe for Sync (with Studio Flashes)
7
Are Yongnuo flashes interchangeable between dslr's or are they brand specific?
2
How can I tell if a 3rd-party flash is compatible with my camera?
4
Are there any 3rd-party TTL Leica flash options?
3
What should I look for when choosing a speedlight to learn off-camera flash?
See more linked questions

17
Can a Nikon/Canon flash be used on the other brand of camera?
4
Can I compete with outdoor light using a diffused flash?
3
Can two or more different models of Yongnuo flash work together?
3
Is there a flash system that will work with for both Canon 5DMKIII and Sony A7MKII?
2
Flash Exposure Compensation w/Bounced Flash?
3
Can I use any brand of flash?
4
How do I stack different brand flash controllers on my Canon 5D Mark III and still have full TTL and power control?
2
What kind of flash triggers do I need to fire both a Canon and Yongnou (for Canon) flash?
3
What should I look for when choosing a speedlight to learn off-camera flash?