What should I look for when choosing a speedlight to learn off-camera flash?

I am going to start learning flash photography for portraits (80% environmental portraits outdoors in bright daylight, and 20% indoor). I want to use flash mostly off-camera.

I have made a lot of searches and I selected two options:

But never having used off-camera flash, I'm not quite sure what features are relevant (zoom range? trigger compatibility?)

Question: What are the more important speedlight features to consider when purchasing one to use for off-camera flash portraits?

Aside from the usual speedlight feature considerations (What features should one look for when selecting a flash?), for off-camera use, you do want to consider:

Is a speedlight enough?

If this is your first speedlight you may not have the experience to judge what's sufficient. But you can think of the power output of a strobe like the maximum aperture of a lens (the more you have, the more you can do, but the bigger and more expensive the gear gets). And speedlights are like the f/3.5-5.6 kit lenses of the lighting world, being very small and versatile, but not particularly powerful on output. If you need to shoot very large subjects or large groups of people, or you are attempting to kill some very bright ambient illumination, a speedlight may not be enough.

The reason a speedlight is often suggested as the place to start is that most folks already have one, a speedlight can be used both on and off the camera, and it's very convenient being small and battery-powered vs. say, a corded AC-powered studio strobe.

Does the flash have physical manual power controls?

Some super-cheap triggers can only fire the flash remotely. They can't offer any other kind of control over the flash. So having physical M mode controls (dials, buttons) allows you to set the power level on the flash independently. Many smaller OEM flashes are capable of M mode, but can only have their power adjusted through the flash/hot shoe communication protocol, not physically on the unit. With these cheaper manual-only triggers, they will only fire at full power.

In addition, for studio-style work, M mode on the lights offers precision of control and shot-to-shot consistency.

How can I trigger the flash off-camera?

The more ways you have to trigger a flash for off-camera use, the better. You never know if radio interference will be an issue, so having back-up methods, like the ability to use a cable or optical triggering might come in handy. Look for:

Are there radio triggers built in?

Even though most radio triggers today use the 2.4 GHz bandwidth, that doesn't make them all compatible with each other. It's like bluetooth and wi-fi (which also use 2.4 GHz): they're separated by communication protocols. So, PocketWizards don't work with Odins don't work with YN-622s, don't work with Godox X triggers, etc. So you need to assess the triggering system and consider what features it offers and its future compatibility.

How expandable is the built-in triggering system?

Say you've been shooting two or three years with your speedlights, and you're beginning to realize you want more power. You're thinking of getting some studio strobes. But you're used to having remote power control over your flashes and you'd like to have that over both your strobes and your speedlights. Some triggering systems offer this. Most don't. Trying to mix, say, Yongnuo speedlights and Paul Buff strobes (Einsteins, AlienBees) means you can either control the speedlights with Yongnuo triggers, or the Buff lights with Cybersyncs, or both by stacking triggers, but you can't integrate everything into a single system with a single control.

At the time I write this, the Godox/Flashpoint, Jinbei/Orlit, and Phottix systems allow maintaining control over either by having larger-than-speedlight offerings, such as bare bulb flashes, pack'n'head flashes, and studio strobes with built-in radio trigger (poor man's Profoto). There may be more options in the future.

Do you think you'll need TTL/HSS?

A lot of off-camera lighting sites preach that you do not need TTL (Through The Lens metering-based automatic power control) for off-camera flash. And you can save a lot of money getting manual-only lights.

But also consider that TTL studio strobes are very new, maybe only a decade old. And that the triggering feature of TTL locking (i.e., converting a TTL power level to an M settings, do you can keep shot-to-shot consistency from a TTL-set power level) is only a year or two old. These features have created a new changing workflow that may be more suitable for what you want to do, if you prefer working in a fluid and dynamic manner that allows you to swiftly change your aperture/ISO or light placement before locking in a power level.

All you may need is M. But TTL might free up some brain space to be more creative, experimental, or build a better connection with your subject.

In addition, with some triggering systems, TTL and HSS are in lock-step. You can't have one without the other. Did you need HSS to freeze action in fill flash situations where you can't kill the ambient? Or to create thin DoF in bright light without ND filters? Most cameras can't use a shutter speed shorter than about 1/200-1/250 with a flash without using HSS.

Does the triggering system work cross-brand?

Or say that speedlights are sufficient for your needs. You like going small and light. And you like it enough that you're thinking of adding or switching to mirrorless gear. Will doing so require you to purchase an entirely new lighting system? Obviously, if you're shooting manual-only that is universal across all ISO-compliant flash systems.

But Yongnuo's Nikon TTL gear can't be used in TTL mode with Canon cameras and vice versa and Yongnuo doesn't support mirrorless. Godox/Flashpoint, Jinbei/Orlit, Cactus V6II, and Nissin Air triggers can do cross-brand TTL/HSS if used off-camera and do support mirrorless. That is, you can share your TTL/HSS lights among multiple camera systems.

I am in a similar position, learning flash photography for a few months now.

For portraiture, as far as I understand, you don't need to worry too much about features of the flash. You will start by shooting it in manual mode anyways, in order to get a feel of what camera and flash setting go together for particular scene.

What I would suggest, is picking flash that has adjustable levels, and can be triggered by another flash. Additionally, I would suggest investing into hardware for remote flashing, so you don't have to use on-camera flash to trigger off-camera flash. You can use cords or remote triggers, which can be rather cheap.

I personally think that the less features and buttons there are, the easier you will find learning the flash. Also, cheaper flash is not so sad to break, drop, or lose.

Maybe more important than picking up gear, you should think about how to model light, i.e. diffuse or reflect, strobist blog is a great resource for learning. Attached is sample snap made with 1 flash and an umbrella. 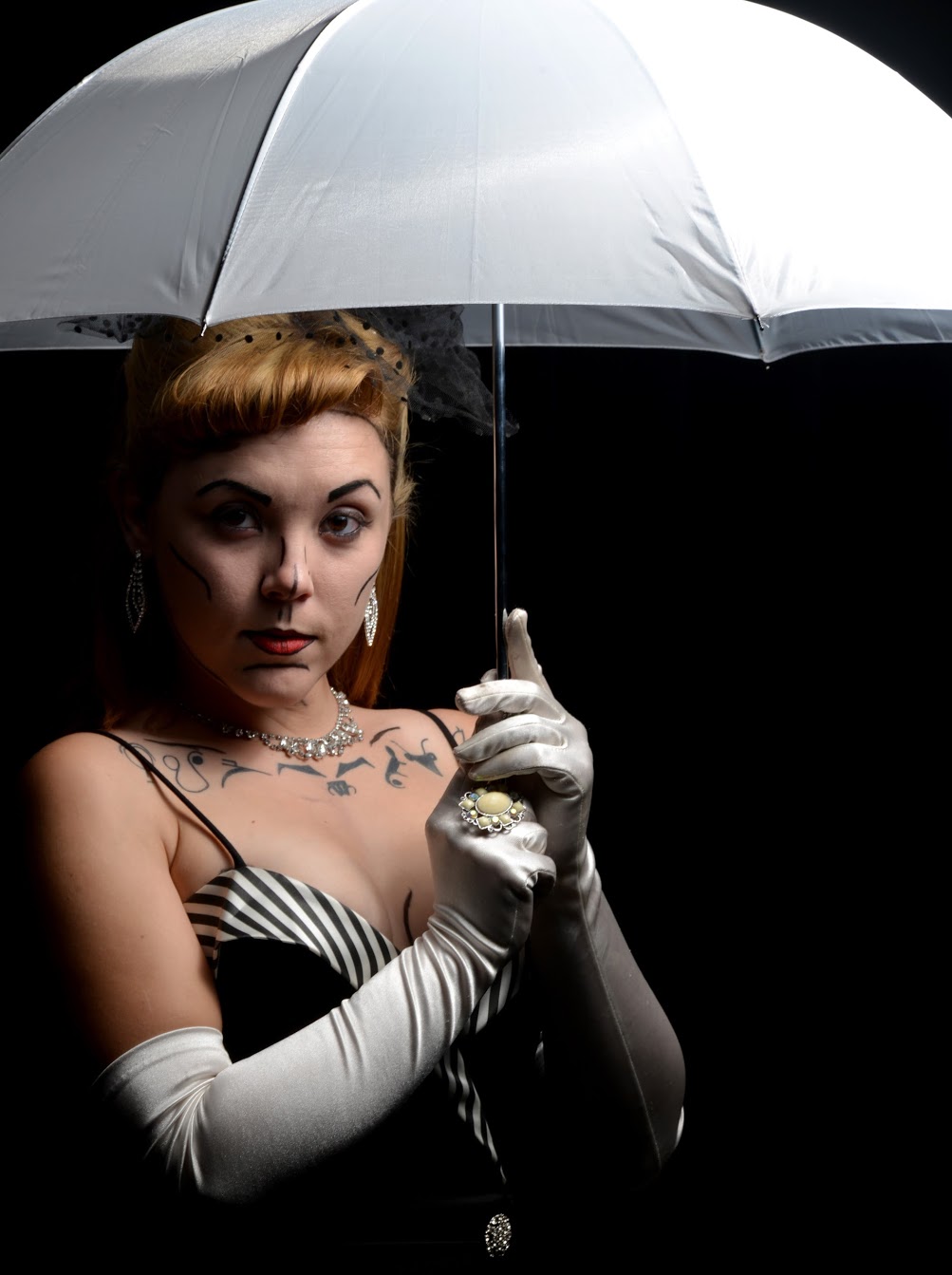 Not the answer you're looking for? Browse other questions tagged nikon flash yongnuo wireless-flash or ask your own question.

20
What features should one look for when selecting a flash?
20
What are the Yongnuo flash naming conventions?
3
Is flash brand X compatible with camera brand Y?
1
What are the different PC sync ports?
2
Can I do high-speed sync with a Nikon D5500 and SB800?

34
What attributes should I look for when buying batteries for a flash?
20
What features should one look for when selecting a flash?
8
When and why should I consider buying a speedlight/external flash?
0
Inconsistent TTL results when flash used off-camera (YN565 EX II)
1
Off camera flash with cheap camera
5
What to look for in a starter-level off-camera flash?
0
What are the tradeoffs between using a transmitter or flash as the master in an off-camera setup?
2
Connecting Yongnuo YN968EX-RT speedlight with a YN560IV off-camera
0
Nikon D3400 with YN622N II wireless flash transceiver and YN568EX speedlight. Why won’t my camera take a picture?
3
Can an off-camera speedlight work for learning basic off-camera lighting?