How can I remove a piece of dirt from inside the lens system of a compact camera?

I have a Panasonic Lumix compact camera, which, out of nowhere caught some piece of dirt between the lenses or on the sensor. I ensured that it was not on the outside of the lens. When zooming (optically), it didn’t change size or position, but at best became more or less diffuse (but never sharp). Here is what the lower left quarter of a photo looked like: 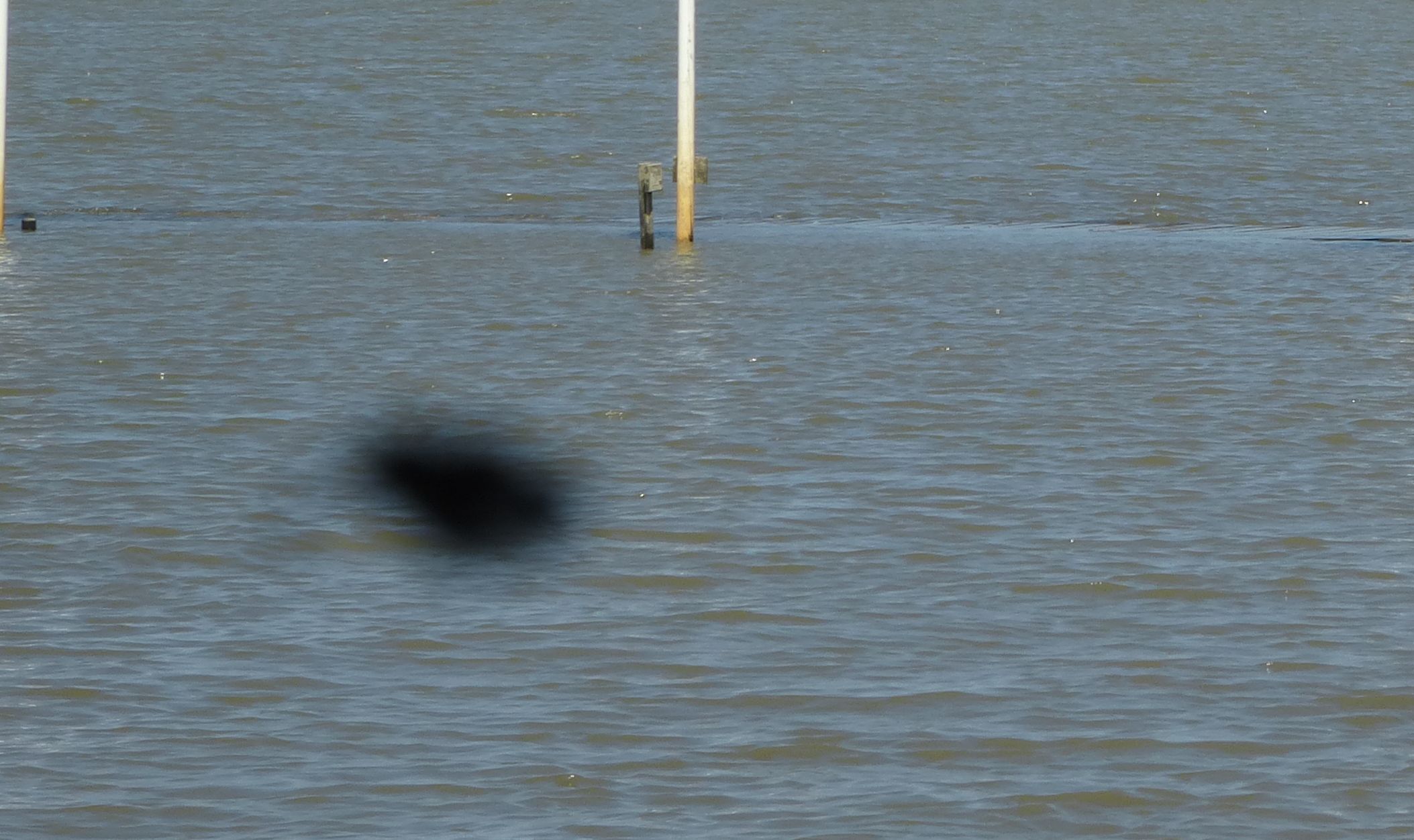 I tried exposing the camera to moderate forces (shaking, spinning) at different lens positions (i.e., optical zoom levels), but the particle didn’t move at all. I didn’t open the camera.

Then when I tried to take another picture to demonstrate the effect to you, the thing was gone as suddenly as it came. Obviously I something I did caused it to move, but I have no idea what.

Years later it happened again. This is the lower right of a photo of a white background: 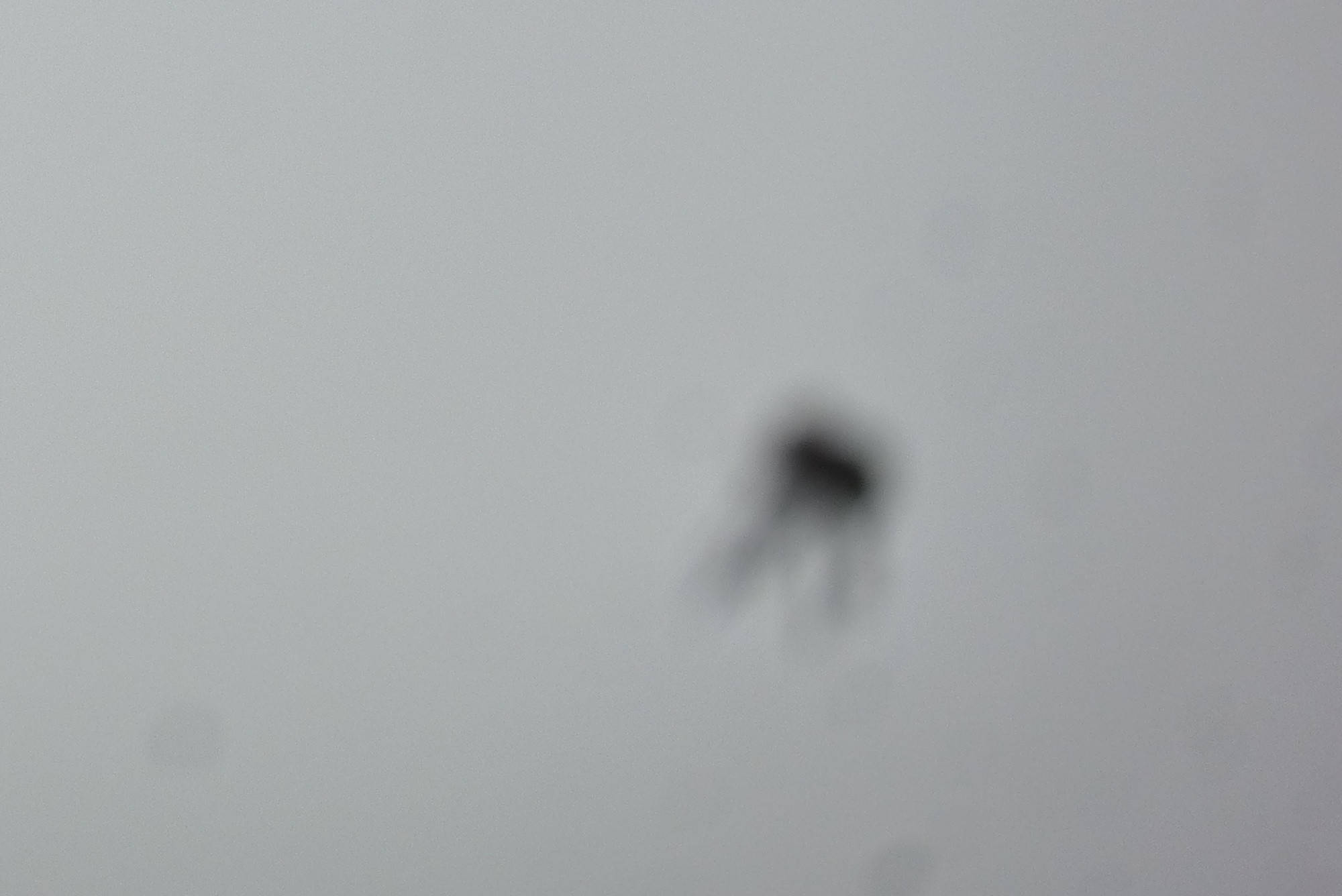 My problem got solved by luck, but I am wondering what targeted efforts I could have made. Hence I ask: If a piece of dirt gets stuck somewhere in the optical path of a compact camera, what are possible actions that may remove it? I am only interested in solutions that do not involve disassembling the device.

If you ever do have something stuck inside a device that doesn't decide to leave on its own, your options for removal are pretty much the following:

Normally I don't worry about dust that isn't visible unless the lens is stopped down past F11, but then I noticed a huge speck in my compact camera with the aperture wide open. Took some test pictures to see if I could live with it. No way.

Checked the front element, nothing there. Shook the camera, even though I "knew" it wouldn't help, and as expected, no improvement. Tried to suck the dust out with a vacuum cleaner. Some improvement, possibly imaginary, but that huge speck didn't budge. Briefly thought about slipping paper through the gaps in the lens barrel. Then thought better of it.

Decided to disassemble the camera. Removed the outer casing. Removed a few ribbons. Removed and loosened some screws until the lens was just loose enough to use a blower and slip a dry swab through to the sensor. Made a few quick swipes. Partially reassembled to test. Major specks gone. Finished reassembly. Swore never to do again. (But probably will if I have to.)

If it doesn't change size or position when zooming then it isn't in the lens - it is on the front of the filter stack of your camera's sensor. Most digital cameras have a stack of filters directly in front of the sensor that limit infrared and ultraviolet light from reaching the sensor and affecting the image. They also usually have a low pass/anti-aliasing filter in the stack as well.

When dust or other small debris gets on the surface of the sensor stack the shadow of the dust is cast upon the surface of the actual sensor a couple of millimeters or so behind the front of the stack. At longer focal lengths and smaller apertures the light striking the sensor is more collimated and the outline of the dust/debris will be sharper and more distinct. At shorter focal lengths and wider apertures more of the light striking the sensor will be at an angle that will make the shadow fuzzier and less distinct.

In your case, the shaking you subjected the camera to was enough to dislodge the foreign particle from the front of your camera's sensor stack.

After the shaking, the particle was still there as ever. Only several minutes, photos, and other actions later, it was suddenly gone.

Well, the aggregate of all of that or maybe only one of those specific things dislodged it. Within the confines of the question's restriction to not open up the camera, that's about the best you can hope for.

Looks like a fly! Ideal really cos it left by itself...

Not the answer you're looking for? Browse other questions tagged lens cleaning compact-cameras or ask your own question.