What problems might there be with using a laser as a flash source for high speed photography?

I'm interested in photographing a sequence of photos for a high speed event (the collision of two cyllindrical objects at 300 m/s).

As I don't have resources for high speed camera, streak camera or anything similar, I'd like to build four pinhole cameras and use directional fast (say, 100ns) flash to 'capture' the event. One of the event requirements are that whole apparatus is under vacuum so using conventional techniques is pretty risky. On the other hand, I can (relatively cheaply) use green laser in this setup, and all the optics required to modify the laser beam geometry. Are there any examples of using laser as a precise flash source for photography? Are there any intrinsic problems with this kind of setup?

Are there any examples of using laser as a precise flash source for photography?

Yes. Laser light sources are used as "flash" of a duration down to a couple of femtoseconds. However the setup isn't one that I would refer to as a flash source for photography, nor can it be easily, nor cheaply, assembled on a typical hobbyist bench. Thorlabs for example offers off-the-shelf such femtosecond laser source.

Are there any intrinsic problems with this kind of setup? 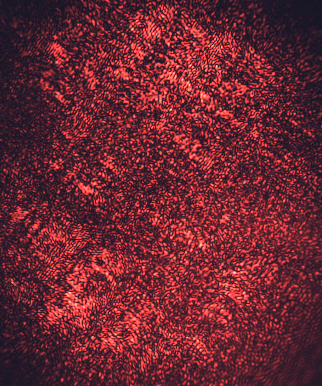 unfortunately your question is not very precise. So lets say you have an event in time and space, which you want to take a picture of. The problems are:

OK, let's look at number one. Say that this is a given, since the camera(s) need to be fixed. It's a severe complication that this has to be in vacuum. Technically speaking putting a commercial camera into vacuum requires a large volume tank. Depending on the strength of the vacuum, you might get into a pinch with some sealed parts of the camera that might take destructive offense at the idea of so/too much differential pressure. This includes a potential lens, which I would recommend for taking a sharp picture. Number two then becomes the real killer. The position is fixed, so everything has to happen in the time domain. Let's say, the exposure synchronization on the camera end is solved (e.g. open shutter, closing after the exposure). Then the timing of the flash becomes everything. Let's say you have a 1cm window in space where you can take a reasonably well framed image. With an object that moves at 300m/s this yields roughly a trigger window of 1/30000s, or about 30 microseconds. In terms of electronics this is not really fast. But your flash only lights up for 100 ns, which is a bit more complicated. Normal lasers will not allow you to do that, in terms of switching on and off. So you need some kind of beam shutter for the laser -- but 100 ns seems still pretty fast, even if you have only a very narrow laser beam at shutter position.

In principle this should be possible. But my guess is that there are two difficulties. First you would have to solve the mechanical problems everything happening in vacuum. Maybe just make a window to look from the outside? The harder problem is the accurate synchronization, since you have to synchronize at least three systems: your item of interest being in the spot where you want it, the laser flash system and everything that is in between.

Of course, you could do it also like this: http://flash.desy.de/

A pinhole camera will give you primarily lots of interference rings with a laser. Try shining a Laserpointer at it.

So you might have to to "decoherence" it somehow, or take this into account in your setup.

Not the answer you're looking for? Browse other questions tagged lighting high-speed laser or ask your own question.

4
Does a long exposure in DSLR camera have a similar effect to a global shutter?

13
How can I get a black background in daylight using flash sync speed with no extra gear?
25
How do I trigger the flash in a way that takes luck out of high-speed photography?
8
What are the advantages of using a ring flash for portraits?
3
What is the best strobe kit/brand for high speed photography?
3
DIY motion trigger for use in High Speed Photography?
1
how to capture low key and high key images without using external flash?
0
High-speed camera for Photographing Fast objects such as balls? Important features?
1
Battery powered High speed sync with Led continous
4
Are there any high speed video cameras that use sub-microsecond shutterspeeds?