Why place camera inside box, during court?

I'm not sure where to ask this, as it toes the line between photography and legality, but hoping you can help.

I was watching an older documentary called "Paradise Lost" and I noticed that pretty much all of the court room photographers had some sort of container over their camera, ranging from plastic boxes to what looks like a shoe or tissue box: 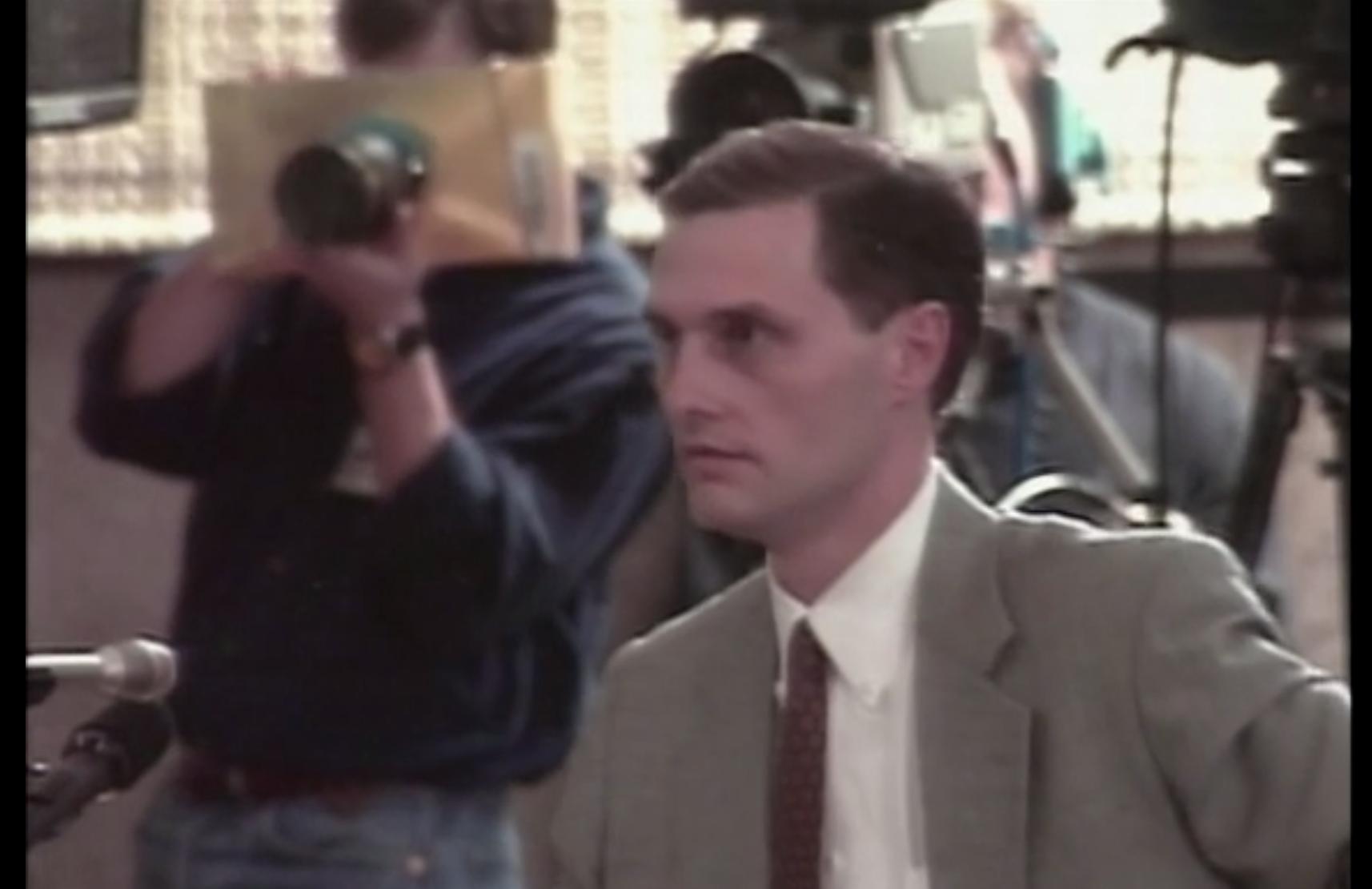 Why do they do this?

I realize courts have different regulations on allowing media inside courtrooms, but I still don't get the rationale behind this boxing thing.

My initial thought was that maybe the boxes are to somehow reduce shutter noise, but I did also notice that one guy had no box on his camera (granted, in a different court). 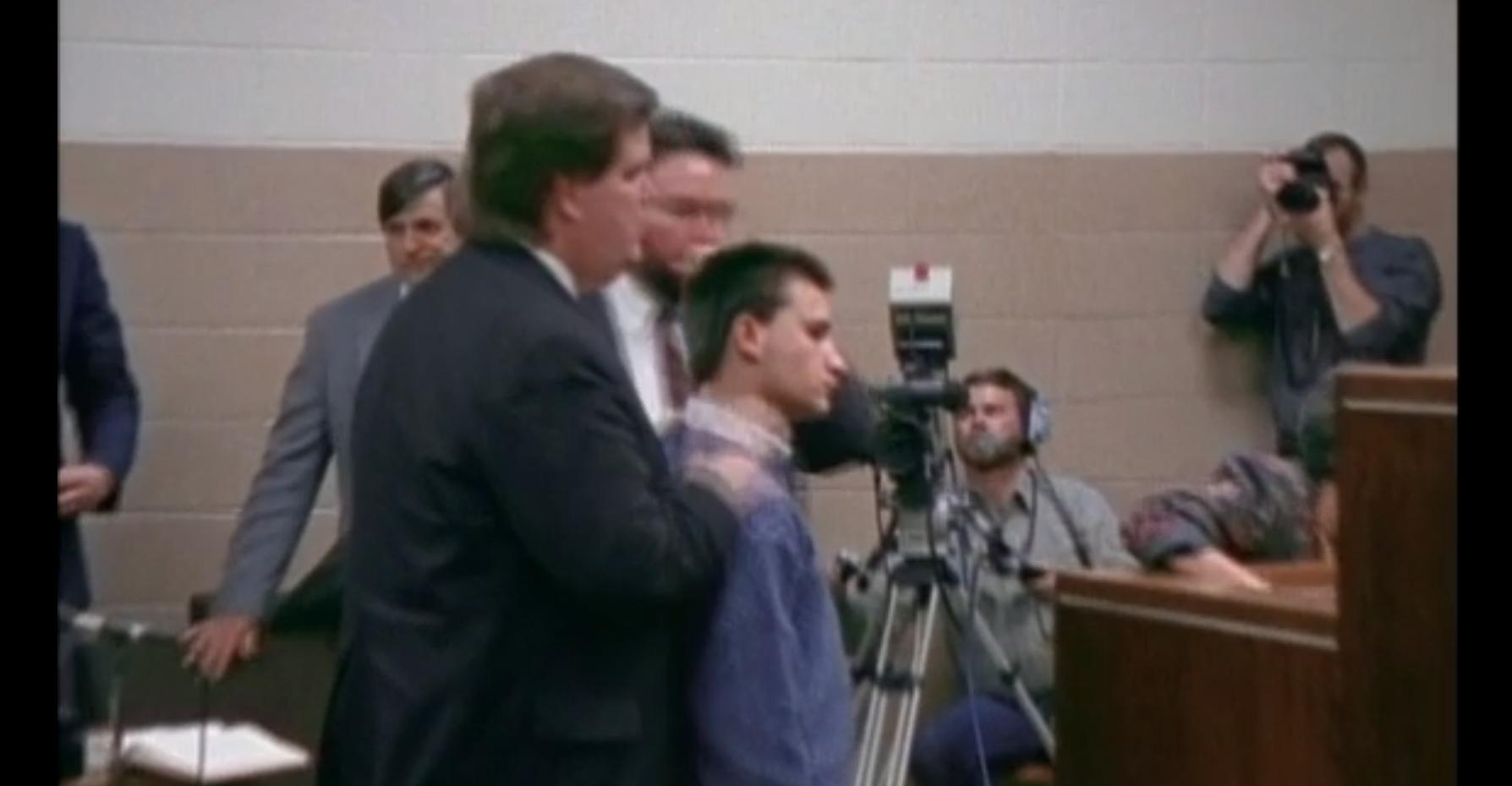 I'd love to find out what the real reason is, if not what I suggested above.

I can really only guess that they are early, or even home-made versions of a camera blimp, used to reduce the shutter noise.

They are predominantly used on movie/TV sets, by the show's stills photographer. Whilst few of them are truly 100% silent, they provide hopefully sufficient noise-reduction to satisfy the production's sound recordist.

I say 'hopefully' because no two recordists have the same expectations as to how quiet/far away the stills photographer ought to be whilst a take is rolling.

One can extrapolate that in a court-room, especially before the ubiquity of dedicated blimps & also dedicated court-room sound recordists, that one man's noisy was another man's acceptable.

See Wikipedia : Sound Blimp for a rather truncated history of the technology, Build a DIY Sound Blimp to Silence Your Camera for Less Than $100 for a recent version of a DIY blimp, or Jacobson Photographic Instruments for the Inventor's current line-up.

This is largely a historical artifact. Older cameras not only had noticeable shutter sounds, but also an annoying ratcheting sound as the film was advanced, and due to poor low light ability they often required flash bulbs - which were not only visually distracting but in very old days filled the room with smoke.

Film movie cameras used film canisters that were very noisy to change, and couldn't record a full session without a change or two.

These noises, flashes, and occasional clattering were deemed too distracting to the trial participants and not suitable for the decorum audience members are expected to meet when the court is in session. This led to a rise in quick sketch artists and the prevalence of courtroom sketches.

Over the years visual news media have sued for greater access in the court, complaining that the reporters who didn't use cameras were freely admitted while those who did use cameras were restricted. As camera technology evolved cameras became quieter, and performed better in low light. The reporters were able to show that their equipment, properly enclosed in camera blimps to reduce the last bit of noise, with the flash disabled, did not distract participants in the case nor detract from the decorum expected in court.

Even though today's cameras are much quieter than older cameras in blimps, many courtrooms still don't allow photographers without special permission from the judge, and when they do they still often require a blimp to reduce the noise to almost indetectable.

Further they keep the photographers out of the line of sight of the jury as much as possible, and judges do not hesitate to remove those from court who appear to be distracting to any of the participants.

With live view, the shutter sound can be completely eliminated, and so you will find some reporters admitted without the use of camera blimps, but blimps are still common, particularly among those photographers who prefer the through the lens view, and full frame sensor cameras with larger mirrors that generally create more noise, but in some cases produce better high resolution images.

Not the answer you're looking for? Browse other questions tagged legal or ask your own question.