Why are there shiny bits in my night photo?

Fisheye lens, so no UV filter installed that can mirror it. ISO 800, 10s shutter, Canon 40D

my guess is in-camera high ISO reduction algorithm gone awry. could be?

Edit: I was talking about the bits on the deck and sand. And yes, i forgot to mention, but the other photos are from different angles and have them at the same locations.

In order to see them you need to click for full resolution. 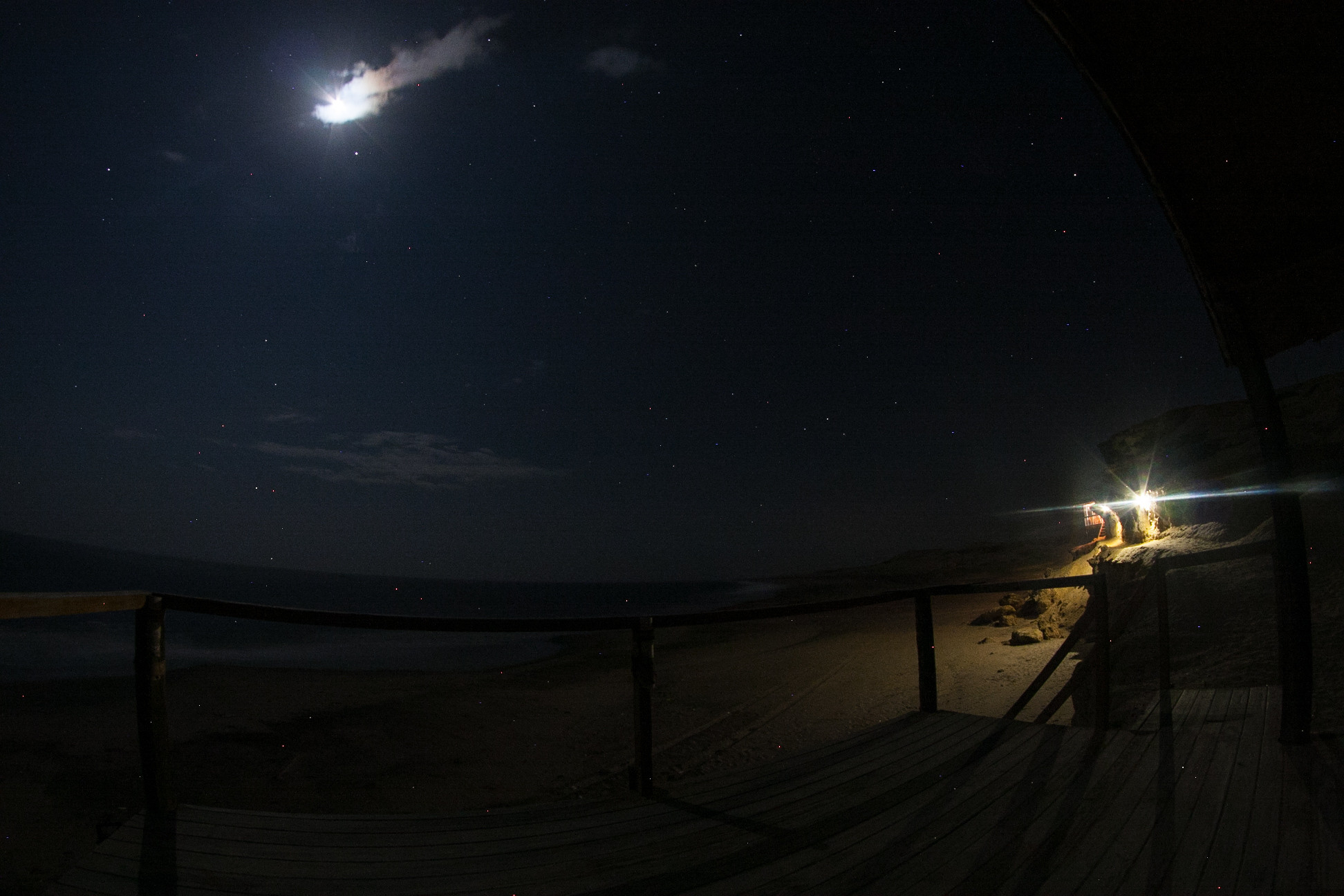 These are "hot pixels" in the sensor.

I recently answered a question about the same thing elsewhere.

You have a lot of hot or stuck pixels in the sensor, causing several bright white/blue specks in the image.

Hot pixels are more likely to appear during long exposures or when the camera is warmer, though they could appear at any time. If you took other photos under similar lighting conditions, and the same specks appear at the same position in the image, it's probably your camera sensor.

Hot pixels aren't that uncommon but cameras often detect them and correct them so you wouldn't see them. During VERY long exposures (more than, say, 10 seconds) they can become a more significant problem so if you do a lot of these long exposures you'll likely become familiar with them.

That said, you seem to have quite a lot of them in this image: possibly an abnormally high amount.

You could possibly photoshop them out if you need to. If you use RAW processing software then it usually has features for dealing with hot pixels too. If you don't use RAW, your camera may have an equivalent feature for fixing hot pixels that needs to be set up in the camera menu. The best of these features will keep a record of the positions of the hot pixels on the sensor then filter bright pixels only at those positions, to reduce the chances of accidentally bluring out any "legitimate" bright points of light in the image. Detecting hot pixels involves taking a "dark frame" - a very long exposure of total blackness eg the inside of the lens cap (or if the camera does it, with the shutter closed).

Not the answer you're looking for? Browse other questions tagged iso night iso-noise high-iso or ask your own question.

4
What could cause this white speck in a blue sky?

9
Why are my night photographs always blurry?
12
Why aren't my night shots sharp even when I shot at ISO 100 on a tripod?
5
Why are there white dots on my night time photo with flash?
8
Why are the trees in this long exposure night shot red?
6
Why does raising ISO make image quality appear lower even though my measurements suggest it shouldn't?
3
What are some tips on night photography during rain?
0
Why am I getting a lot of noise at 1000iso when my camera says it can go up to 6400?