How does a camera artificially decrease DoF of a shot from a single position?

Some cameras with small sensors can artificially blur image background provided there's an object in the foreground. FujiFilm calls it Pro Focus filter.

I'm not sure if the camera makes one or two shots consecutively, X-30 seems to play the "shot sound" twice.

As you don't change the lens position, how does the camera know what is background and should be blurred?

(The background is probably already very slightly blurred but it also contains a noise that may make it indistinguishable from foreground surfaces.) 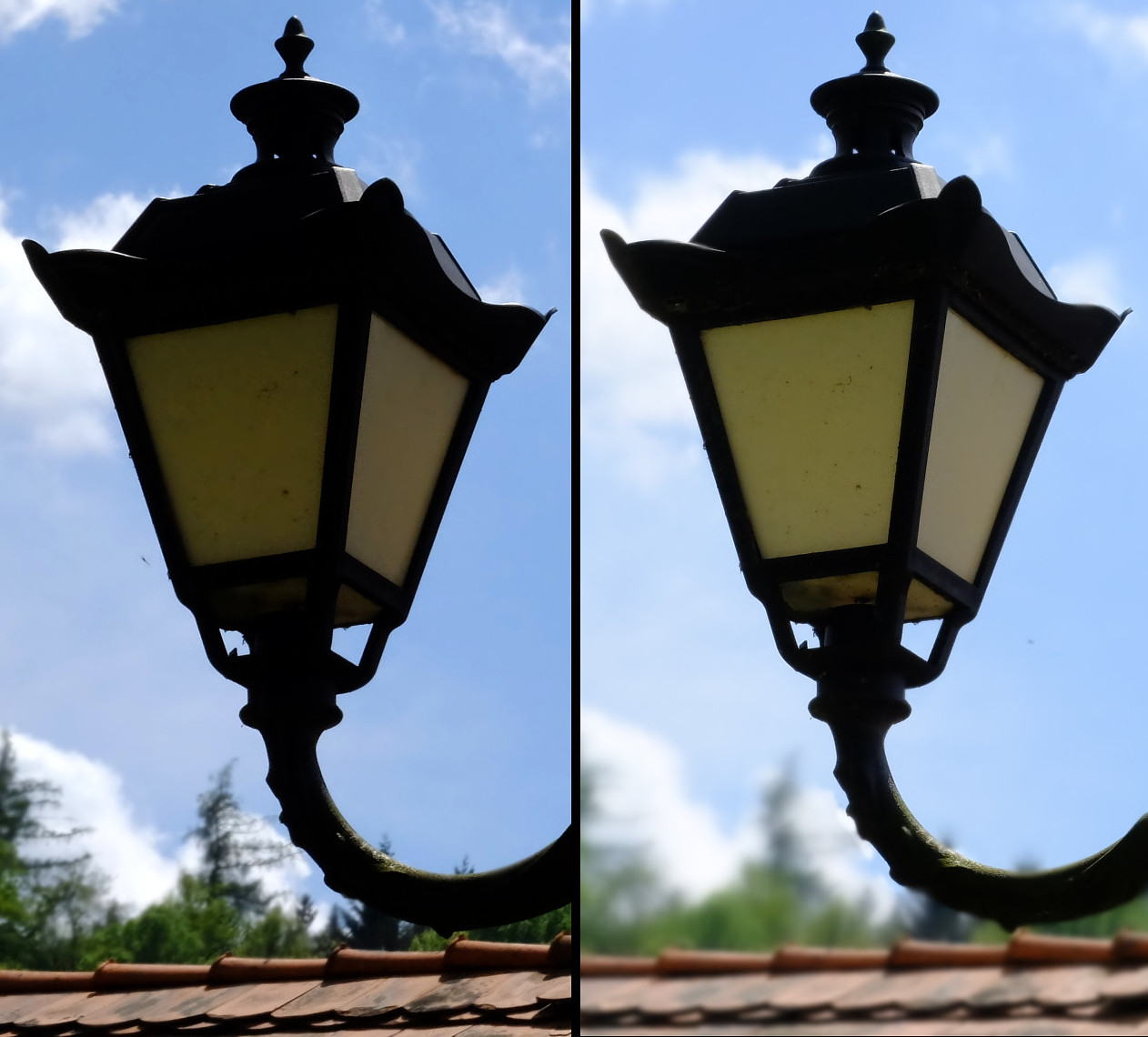 depth-of-field image-processing effect
Share
Improve this question
edited May 11 '15 at 21:13

I asked a while ago how to do that in Photoshop better. It has, in current versions, a depth-mapped dof lens-effect simulator, and an automatic "select what's in focus". A fully automated thing would do it the same way but punt on the depth mapping.

A program for Android platform cameras has you move the camera up and over while it's looking, so it figures out distance from vision algorithms and generates the depth map from that. See the commercials where you focus where touched on the image, after the picture has been taken?

Finally, cameras that have phase-detection simultanious with imaging and at many points in the image can directly sense the distance of each out-of-focus focusing spot and use that, along with visual edge detection, to generate the depth map. (I don't know if they do, but the information is present in useful quantity in newer cameras).

Not the answer you're looking for? Browse other questions tagged depth-of-field image-processing effect or ask your own question.

7
How much does in-camera image processing affect noise on Canon DSLRs?
5
How does using a lens with some focal length on a full frame camera differ from using a lens with “equivalent” focal lens on a crop camera?
1
How does aperture/DOF affect continuous autofocus?
0
Why I am getting different values for depth of field from calculators vs in-camera DoF preview?
5
How does blur radius change with distance from the point of focus at macro distances?
0
How does background blur and DoF vary with sensor size for a prime lens?