I have a non-cpu lens with manual aperture control (I use the aperture ring to set it, and it stays that way when I shoot). My D7000 used to work fine with this lens in A mode - all images were exposed correctly. Manual lens settings were 58mm, f/2, and the camera used to always show f/2 as the aperture setting in mode A. 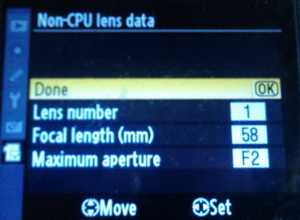 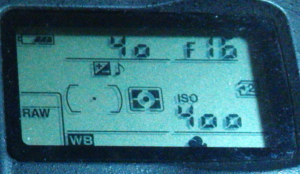 Upd: I have no idea what I did (I just removed the lens and put back on several times), but now it's stuck at 11

Have you checked the mechanical linkage on the body that reads the aperture setting from objective to see if it is stuck? If it is not stuck try moving it by hand and see if the aperture reading changes. 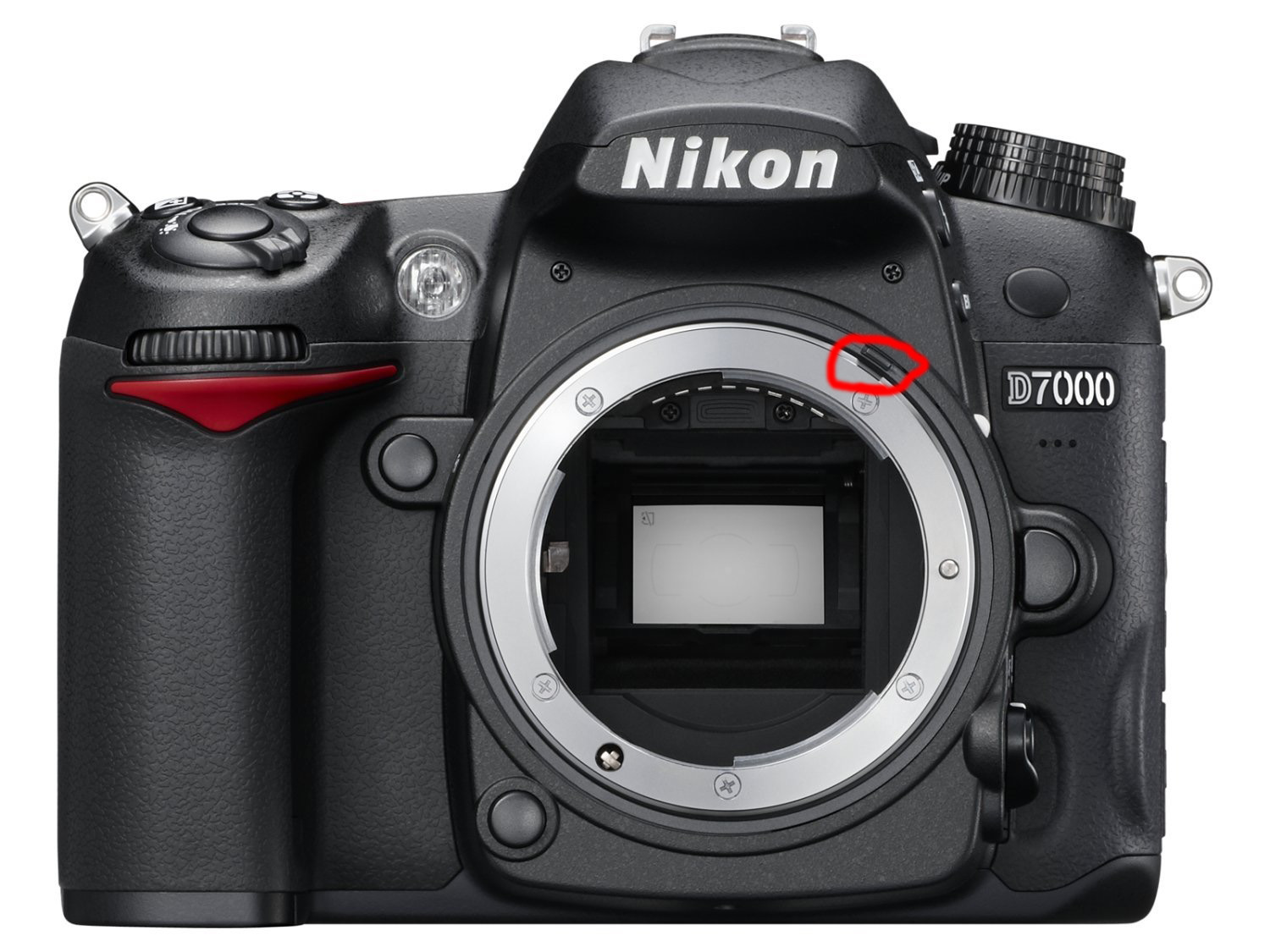 Have you checked the mechanical linkage on the body that controls aperture to see if it is bent? It is the tab on the left just inside the lens flange. even if the camera is not controlling the aperture, it may still attempt to use this linkage to estimate the position of the aperture set by the dial on the lens. 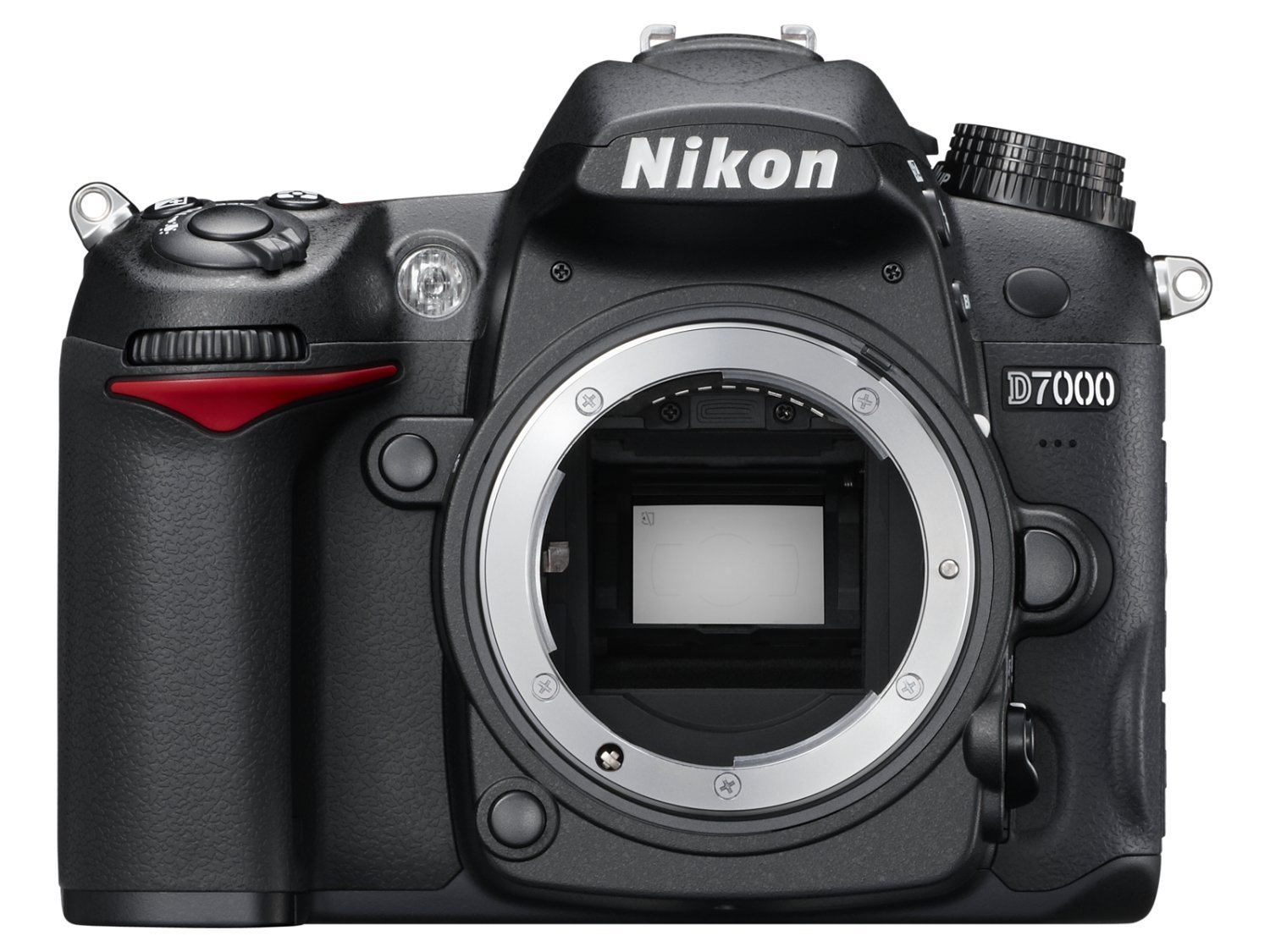 Here's a closeup. the aperture control link is where the blue arrow is pointing. 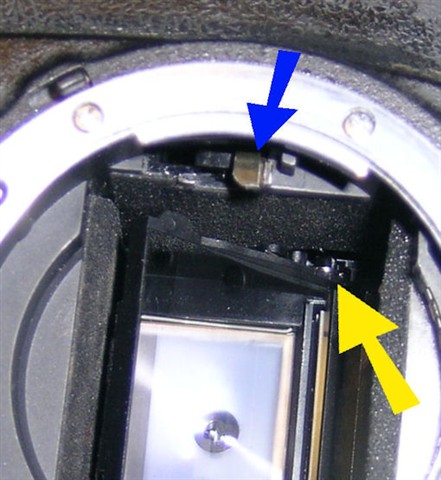 Not the answer you're looking for? Browse other questions tagged aperture nikon-d7000 old-lenses aperture-priority or ask your own question.

2
Nikon D610 error after each shot
3
Nikon d5100 producing extremely underexposed images
3
What is causing dark pictures in Auto Exposure mode?
1
Why am I getting an "ERR" while using my Nikon 50mm 1.4G lens?
0
What are the possible causes of an Err indication in a Nikon D7200?
1
Nikon D5200 overexposed shots in "auto" modes

7
In live view, why does my aperture open before and after a picture?
0
What advice do you have on choosing between Canon 60D and Nikon D7000?
3
Is there any difference between using a full manual lens for Nikon F-mount or using lens for another mount (say m42) with an F-mount adapter?
1
Nikon D7000 and Nikkor 28 2.8 is not working together
3
How can I use a vintage M42 manual prime on an entry Nikon DSLR?
5
How can I mount a non-AI lens on a Nikon F4?
0
How to avoid noise in Aperture Priority mode arising due to auto-ISO?
2
Aperture Doesn't Change on Nikon D7000 1.8D (Already set ring to 22)