What are the practical differences between the exposure settings my camera picked for me in auto mode and my own choices?

I compare the two and I cannot find noticeable difference. 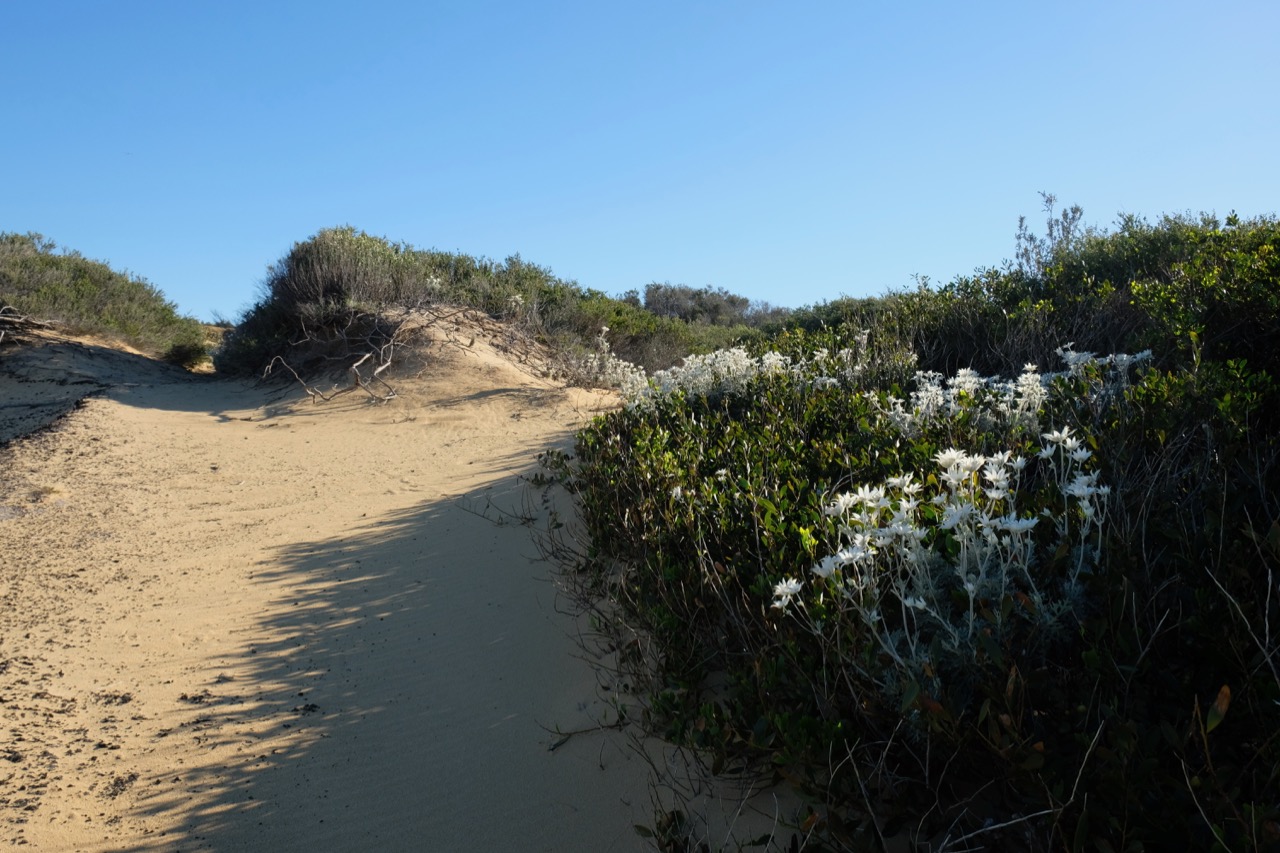 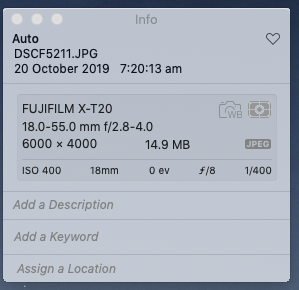 Here is in manual mode 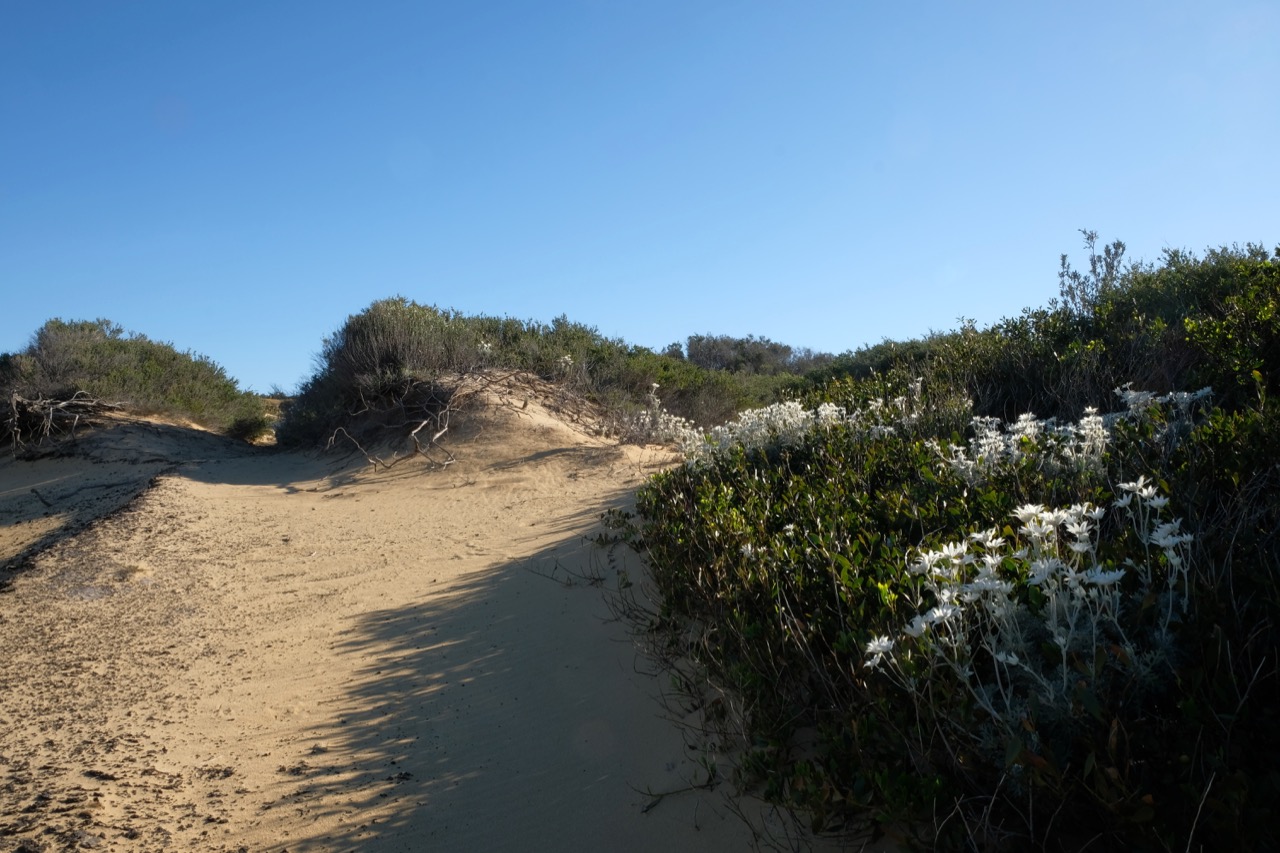 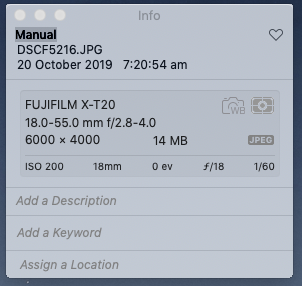 As a beginner I am not very confident in my choices of the settings. That's why I tried to compare what the camera would pick in auto mode.

It's hard to really tell from the small versions here — which is a lesson in itself, because at 1280x850, which is a perfectly fine online viewing size, the differences really don't matter that much.

However, in this case, I think Auto probably did make some better choices.

You picked ¹⁄₆₀th of a second. This is fine, but probably slightly susceptible to blur from camera motion shake or subject movement due to wind. Auto mode picked ¹⁄₄₀₀th, which will better freeze things.

You picked 200 and the camera picked 400. Like most modern largish-sensor cameras, there's not much difference between 200, 400, or 800 on this camera in terms of noise, but it's possible the auto mode enabled the expanded dynamic range option (where the camera actually shoots at a lower ISO and then brings up the shadows in internal post-processing). Because of the way that works, this is only available at higher ISOs than the base 200. (The difference isn't super-visible in the result, but I can imagine a little more detail in the shadows — but that might also be because the auto image is a little brighter… see below.)

This is really the big one. You picked f/18, and the camera picked f/8. All camera-lens systems are subject to diffraction, which means that while the narrower aperture gives you more depth of field, there's less sharpness overall. See What is a "diffraction limit"? for more. In general, it's better to not go beyond f/8 except in special circumstances.

Although it's subtle, the auto-exposure image is a little bit brighter overall. You can particularly see that in the sky. This seems to be less than a full "stop" of difference — each stop is a doubling or halving (See What is one "stop"?), and because of the way human perception works, generally differences of less than one stop aren't a big deal (and as a rule of thumb, plus or minus a stop from a middle value are reasonable valid exposure choices without really feeling over- or under-exposed).

So… between f/8 and f/18, there are 2⅓ stops — going in that direction, darker, so we'll call it negative 2⅓. (See Why are f-stops not linear? for how this is calculated.)

And between ¹⁄₄₀₀th and ¹⁄₆₀th is just about the same: 2⅔ doublings (which is 2⅔) — but in the direction of more exposure.

And finally, 200 to 400 is a full stop — leaving a ⅔-stop discrepancy, which seems close enough to be in the ballpark of the visual brightness difference in the result. As Michael C notes, the difference in metering is explained by the slight (but significant) change in framing, with more sky in one shot than the other.

(See What is the relationship between ISO, aperture, and shutter speed? for more on this "stop math").

The XT-20 is an APS-C sensor size camera. f/18 is a quite narrow aperture for that that will limit the achievable sharpness due to diffraction. At the same point of time, you have a wide range of distances on the image and bringing all of them into sharp focus is a challenge even at the wide angle of 18mm (about 24mm full-frame equivalent). Basically it depends on your artistic vision (and your focus point) whether you want a differentiation in sharpness. To be honest, I find it non-obvious what the artistic intent of that photograph was, so it's tricky to subscribe where to go.

ISO200 is less susceptible to image noise, but the sensor you have here is still pretty solid at ISO400 and would still have leeway for sharpening or exposure processing. Also this is not a dark scene.

1/400 s exposure time is probably playing it a bit oversafe for 24mm EFL at least for a static scene. Assuming unwindy conditions, your choice of parameters leading to 1/60 s seems to still be pretty much ok at this focal length and with image stabilisation on, assuming you have somewhat steady hands.

So the main difference I expect to be with sharpness: f/8 is bound to be sharper in areas that are in-focus but have quite a narrower in-focus region. f/18 will have more spread out sharpness but a bit lower total sharpness. However, due to the very low noise, the diffraction unsharpness can be sharpened up gracefully without amplifying noise to distraction.

There is one additional difference between those choices that you don't see in this photograph: if there is a really bright light source (sun or strong reflection of it), the "sunburst" diffraction pattern around it will be significantly different for f/8 and f/18.

Not the answer you're looking for? Browse other questions tagged iso shutter-speed fujifilm fujifilm-x-t20 or ask your own question.

68
What is a "diffraction limit"?
34
What is one "stop"?
12
What is the relationship between ISO, aperture, and shutter speed?
6
Why are f-stops not linear?

25
Are there general rules for selecting the correct shutter speed and ISO in manual mode?
2
If I need the higher ISO anyway, is there any downside in using Fujifilm's extended DR mode?
0
How about high ISO (low light) performance testing of sensor with camera's auto-ISO option?
1
What could cause very underexposed photos in daylight?
6
Can different ISO settings be preserved when switching between different Exposure Modes on Canon DSLRs?
2
Can I set non-full stop ISO values on my D3400?
1
How to nail focus with Peak Highlight on FujiFilm X-Series cameras?
2
How to nail focus with Digital Split Image on FujiFilm X-Series cameras?
1
Time difference between Auto Mode and Other modes