How to choose the correct exposure for flower photography?

I have an old Minolta X-700 with an MC-Rokkor lens (its internal light metering was broken) and I'd like to use it to take photos of flowers. I use Sunny 16 rule, and though it seems that for the whole picture the exposure is correct, I always lose the sharpness and details of the center of the flowers, which I guess is due to the wrong exposure, because the flowers also reflect the light.

Here are some examples of negative film photos (Kodak Max 100 expired, Agfa Vista 200, Kodak Vision 2 250D, and Agfa Vista again) developed and scannned by some labs near my home, taken in overcast days, nearly at 4-5pm. 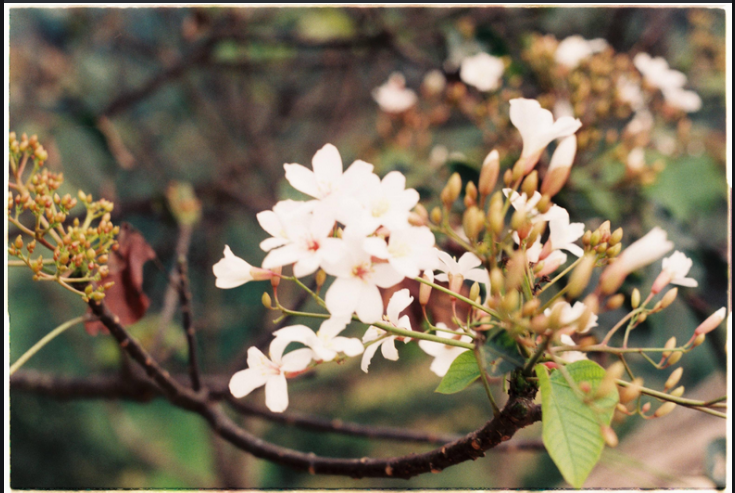 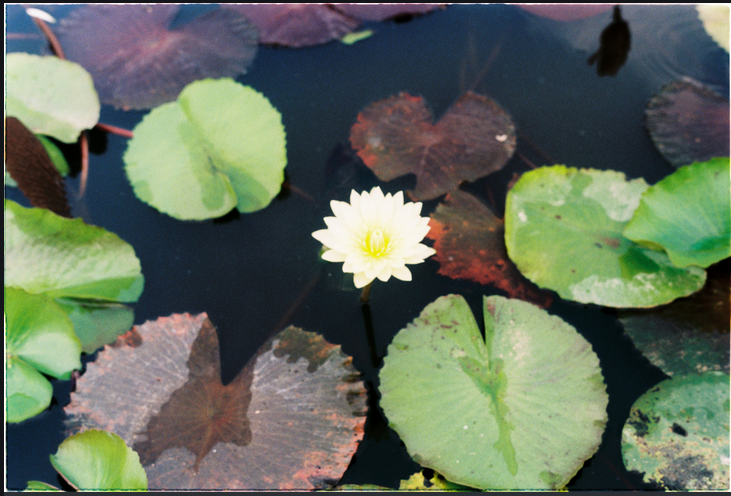 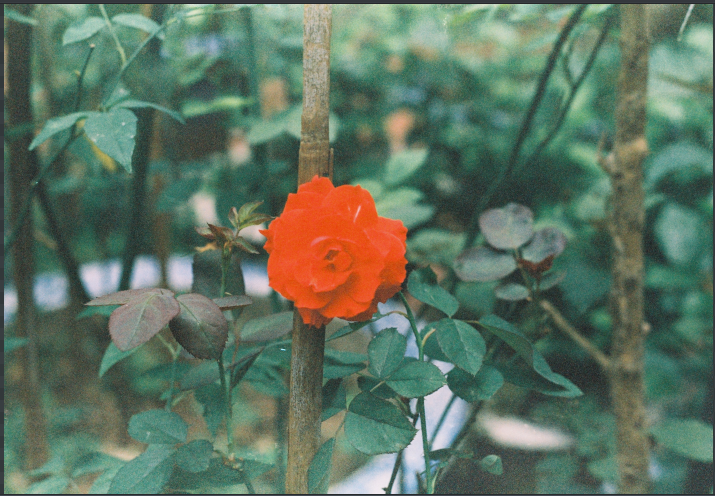 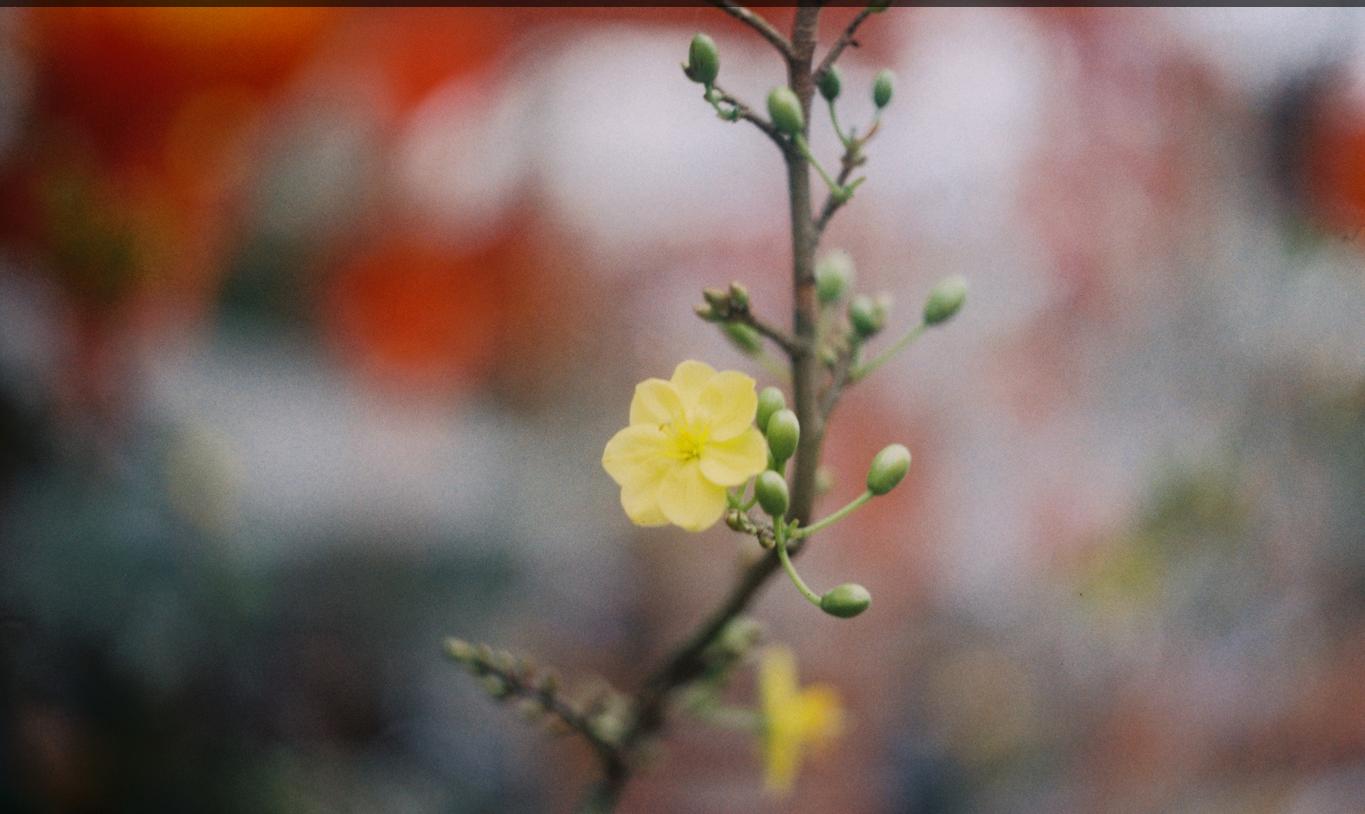 So how can I fix that? Please help me. Thanks.

Seems like you're generally overexposing by maybe half to a full stop. You could just use the sunny 16 rule and stop down from what you get. Your results seem consistent enough to pull that off.

A better idea would be to buy an external incidence meter, such as the Minolta IVF. They run very cheap (<€100) and will, once you get the hang of it, make sure you always get a proper exposure. They're unaffected by reflections, and are therefore far superior to reflective meters such as the one in your camera.

The sunny 16 rule applies in direct sunlight. These images all appear to be shot on an overcast day or in shade. (Which was wise on your part, as this will generally produce much better looking images of flowers) Shooting with the sunny 16 rule in shade/overcast would cause underexposure. I would agree with @xiota that the lab is compensating for any incorrect exposure. I'm assuming based on the look of these images that you are shooting negative film Take a look at the negatives themselves. I'm guessing that they are very thin. (Compare them to other negatives that are correctly exposed, which will probably be much darker by comparison)

To answer your original question, it's pretty difficult to guess your way through exposure in overcast/shade light. @Tim Stack has the best idea for dealing with this. You could also bring your own light diffuser and intentionally shoot in direct sunlight with the diffuser between your subject and the sun. (Collapsible reflectors with removable covers are a great option) Once you figure out your exposure (probably 1-3 stops under the sunny 16 rule, depending on the distance between the diffuser and the flower) it should be as consistent as the sunny 16 rule itself as long as you keep the distance from the diffuser to the flower about the same. But if you're going to buy something for this purpose, an incident light meter is your best option.

One "Grain of salt" point to keep in mind: A camera with an unreliable/out of tune shutter will offer headaches. Applying 'correct exposure' to a camera with an incorrect shutter speed or aperture control will not give you the expected results - If you still see errors in future photos after applying better exposure methods, then explore gear issues. [And remember that some shutter designs may allow correct timings for some settings, but be fast or slow on other settings...]

The first step to getting correct exposure on film is to acknowledge that it is a skill, and that it takes time to develop and refine. We very much don't want anyone getting frustrated and walking away from film thinking that they'll never learn.

The second step is to also acknowledge that the methods which work for some don't always work for everyone. So you will want to explore options for picking an exposure, and learn what works for you.

The third step is to remember that mistakes happen, even after you think you should probably know better, and that's totally okay. [At least that is my excuse for forgetting to change my meter's ISO setting the other week after I ran out of ISO 400 HP5 film, and switched to ISO 125 FP4...]

As said in other answers, the images do show traits of under exposure and then over-compensation. Your lab might be able to help you out and redo the scans/prints, but there is only so much that can be done with negatives if they drift too far 'out of spec'.

Sunny 16 works great for a general ballpark, and is pretty reliable to work with in black and white film, but may catch you up a bit more when working with colour film. And this is especially true if you're attempting to use it with colour reversal [slides] films, which are even less forgiving.

Switching to an active metering method, at least until you gain more confidence in "visual metering", would be advisable.

I would strongly advise photographers invest in an incident light meter, especially when using film. These are external meters that measure the light falling on the subject. You point it toward where the camera would be in the image [and remember to not cast a shadow on it, or wear overly reflective clothing...] so as to measure the light as it falls on the scene.

This removes the question of 'how much light does the scene reflect', and offers a far more consistent baseline to work off of.

[Personally I've enjoyed the small Gossen digiFlash 2 I've had for a few years, due to how compact and effective it is, but the price when new is a 'tad steep' for the interface.]

Besides an incident meter, the next best options would be to use a digital camera to fine tune your exposure. Camera phones, and even dedicated light meter apps, can be useful here, and are far more practical than lugging a big DSLR along in addition to your film camera.

If you wish to get really advanced and detailed, then it is common to then reach for a Spot Meter, and use Zone System style metering to make sure you have 'exactly' what you're looking for in the highlights and shadows. But that is a very large subject with lots of strong opinions on the matter. [And many argue is best used for advanced black and white photography, and is less useful in general colour photography.]

Lot's of great answers already here on exposure, so simply going to add: play to the strengths of your film.

Sunny 16 is a good ballpark - but if you think the lighting isn't quite that strong, don't be afraid to open up a stop of two as it's far better to err on this side than to underexpose!

Additionally, please check your negative for highlight and shadow detail. I recently asked a lab to cross process and push and then scan a roll and every.single.scan was overexposed - blown out even. I checked the negs and there was plenty of highlight detail in them, the scanner software probably just got confused on something (may have been the x-process) and made an exposure compensation error.

In my case, I'm rescanning at home anyway. In yours, I'd ask the lab to re-scan the images (if you find that the negs look good!).

I joined to answer this-

First, it looks as if you're actually underexposing. For instance your red flower against green has significant grain structure present- that's very common, especially as the lab is going to try and integrate the overall exposure to match an 'average' print.

What you need to do is get out the negatives and look at them. I'm realizing the words are hard here, but the green branches are also way too cyan. It also looks as if it was shot in overcast skies or later in the day/evening, which means the color temperate has probably shifted upwards to 7000k or 8000k. Sky blue is 9300k at noon in shade.

There's a bunch of things going on that's hurting you here. The quickest, and easiest, way to resolve this is to find a lab that can/does process 'chrome' film (E-6). Buy a roll. Find a subject, put your camera on a tripod, and grab a pen and paper. Shoot that subject (similar to what you have been doing) and go from whatever exposure to whatever exposure in 1/2 stops.

Printing photos from negatives (C41) is very hard- and now adays it's almost always done digitally, so you've got algorithms that are manipulating the scans to make 'good prints'.

When you get your slides back you'll see which ones look good and which ones are bad. The good ones- remember- you'll use that exposure going forth as your 'basis' for all future work.

I seem to have 2 accounts;

The point in switching to a non-forgiving film like chrome is you have NO tolerance for missed exposure. You completely take the lab printing out of it. Right now we have a bunch of scanned prints to look at, and you can see arguments of over exposing the negative and under exposing the negative. Both of them can not be right. Only one can. So you shoot slide film to figure out what is right and wrong.

That said- if you shoot slides and set them down on a box, take your 50mm lense, flip it over (you have a loupe now), and look for details in the flower. Either the detail will be there or not, the colors will be there or not. Negatives are designed to be low on the contrast scale.

I don't mean for them ot shoot chrome all the time- just until they get a handle on what they're doing. Once they know good/bad exposure, the rest moves up. 75% of the problems in prints come from the printing lab. If you give them a perfectly exposed negative and they're doing an honest-to-goodness optical print (not a scan!), then you'll get the exact response you want.

I used to offer (When I ran a lab) the option to 'lock' exposure for certain customers. I'd take a Shirley target (Kodak color target with a grey patch), fill the frame, and print it. I made one for every single film type I had/sold. And then they could come in and request a locked print set.

So the Shirley would get printed (they'd get charged for it to show it was reference) and then the rest of the roll would be printed at the same CMY filters and exposure. Exposure off? Your prints were off. Incorrect color temp (I offered Tungsten 3100K and Daylight 5500- what our hardware was), and your prints were off color slightly.

Anyways- I honestly do know what I'm talking about here. 8 years in a Lab, Kodak Professional, Kodak Digital, and now someplace else.

Not the answer you're looking for? Browse other questions tagged exposure lighting lighting-basics or ask your own question.