How can I get the exposure correct in this picture?

I wanted to expose for the texture of the leaves on this tree. The texture of leaves on the tree is not the best, what can I do to get it right? The exposure settings were f/5.6, 1/100s, ISO 100 and the camera was in aperture priority mode. 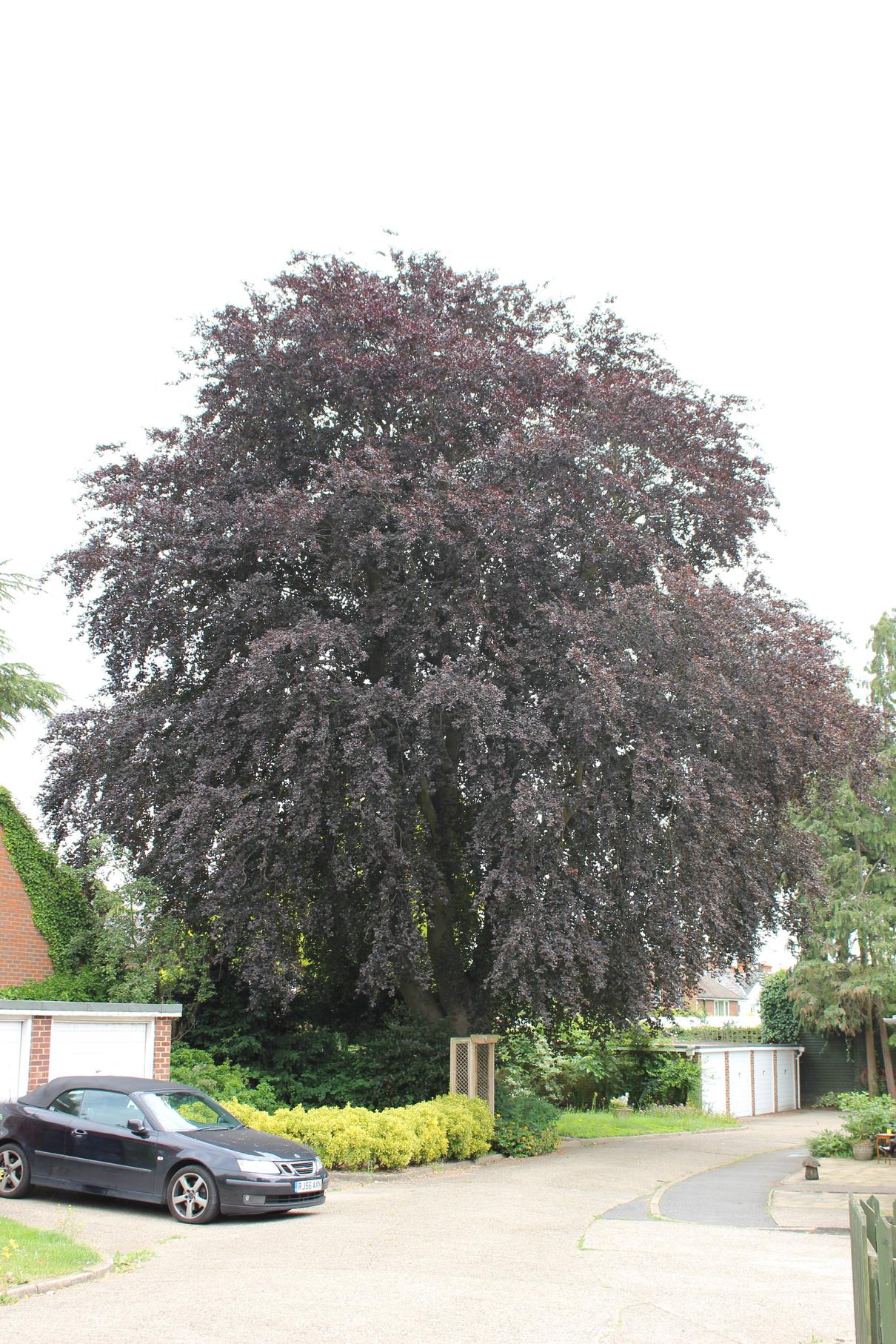 For a shot like this, I would either use evaluative metering and dial in an EC to adjust for any issue the sky provided or I'd do spot metering on the outer leaves of the tree. As it is currently, it looks like it metered too much on the shadows and over exposed slightly, leading to a weak black point and wasted dynamic range in an already very wide dynamic range scene.

Be sure to shoot RAW so that you can pull more detail out of the shadows and pull down more sky detail out of the highlights. Your camera will most likely not do well with that kind of shot straight out of camera in JPEG format.

You might also try "place and fall" as an exposure technique. In traditional photography this usually means exposing for your shadows and letting the midtones and hightlights fall accordingly. With digital, overexposure is more of a problem than under so you can "place" the brightest part of your scene.

For instance: in manual mode spotmeter the brightest part of the scene. If the meter reads something like f8 1/500 @400ISO then its telling you that setting will expose your highlights (what your currently metering) as somewhere around 18% reflectance (middle gray). Since you don't want your hightlights to be gray, you increase the exposure by around two stops. This would mean either opening up the aperture to f4, lowering your shutter speed to 1/125 or increasing your ISO to 1600, all of which adds two stops of light and puts those highlights in zone 7.

I would start manual mode and learn how ISO, f-stop, and shutter speed work together. If you do then working out tricky lighting situations won't be as difficult.

Recommended reading on basic exposure and on the zone system. The second, though film based, can be helpful in understanding the idea of placing tones within a scene. Also, the author mentions placing highlights with regard to slide film; this is a bit more like digital.

1 - If you want to get a reasonable exposure on the sky as well as the tree, then take the picture on a clear day (it looks overcast here, so the sky is a uniform bright mass), or wait until a different time of the day when the light coming from tree and sky is of a more similar level.

2 - The texture of the leaves here is down to sharpness as much as exposure. Use an aperture with a higher number (f/8 is a good starting point) to improve the sharpness of your lens.

3 - Are you using exposure compensation when in evaluative and spot metering mode? If not then look for how to do this in your camera manual, and use compensation to either brighten or darken your image to taste.

I think you're potentially confusing metering and exposure here: the way to get this shot looking better is (as commented elsewhere) to avoid the overexposure you've got. How you change the exposure is to some extent irrelevant - it doesn't matter if you do it via using a different metering mode, by using exposure compensation, or by going over to manual mode and ignoring the camera's metering entirely.

This isn't to say that selecting the correct metering mode for a situation isn't an important skill: quickly getting the exposure about right is often crucial - but in the end, it's the exposure that matters, not how you got there.

Not the answer you're looking for? Browse other questions tagged exposure photography-basics exposure-correction or ask your own question.

35
What situations are best suited for spot metering?
13
What exposure mode and techniques should I use when out-and-about?
35
How do I use spot metering?
7
How do I know I have the correct exposure when shooting in manual mode?
20
How do I “focus and recompose” using spot metering?
1
Incorrect exposed images when shooting sports
5
Why are my Close-up Photos Underexposed with the EF 100mm f/2.0 USM?
1
Does in-camera metering affect anything but the meter in manual mode?
6
Canon 70D often overexposing or underexposing shots
1
Why did my Canon 80D recommend such a fast shutter speed in near-total darkness?