Why does this thin plate disappear when changing focus 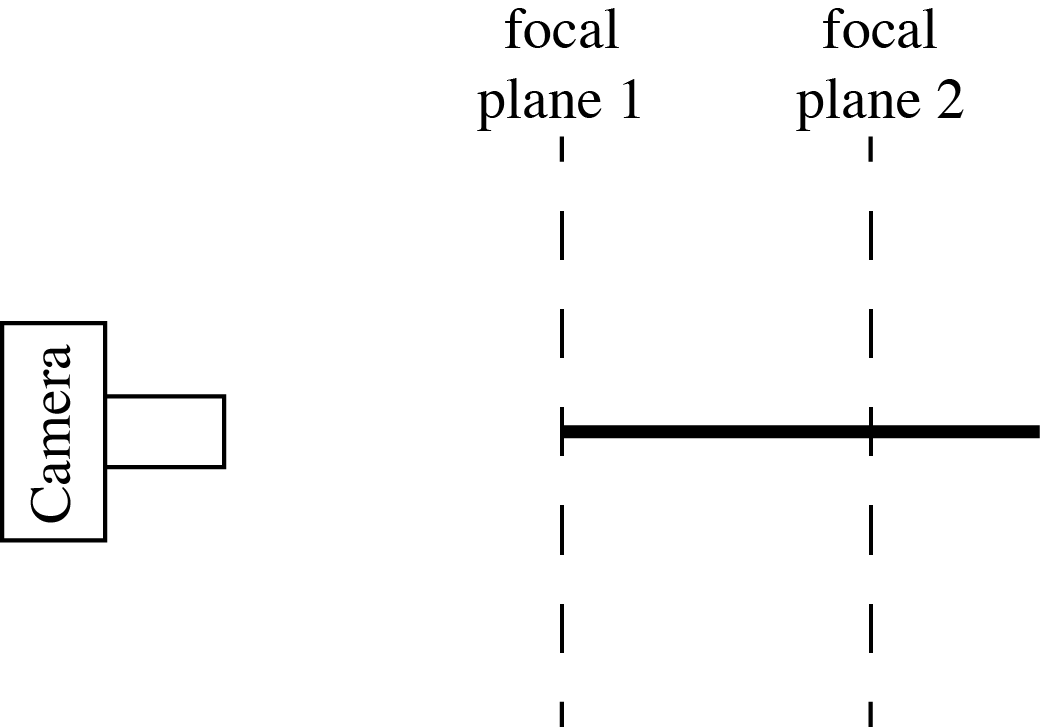 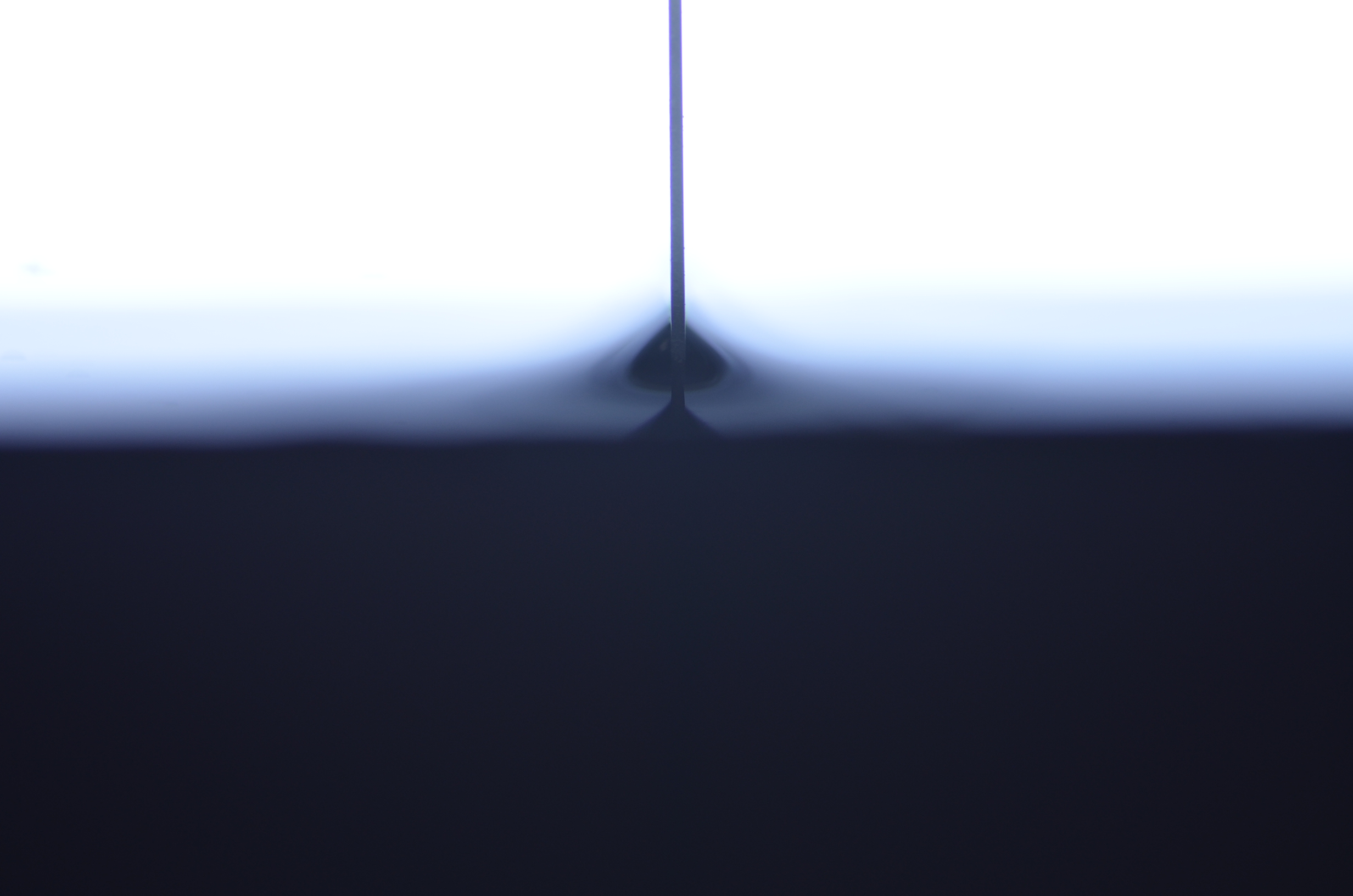 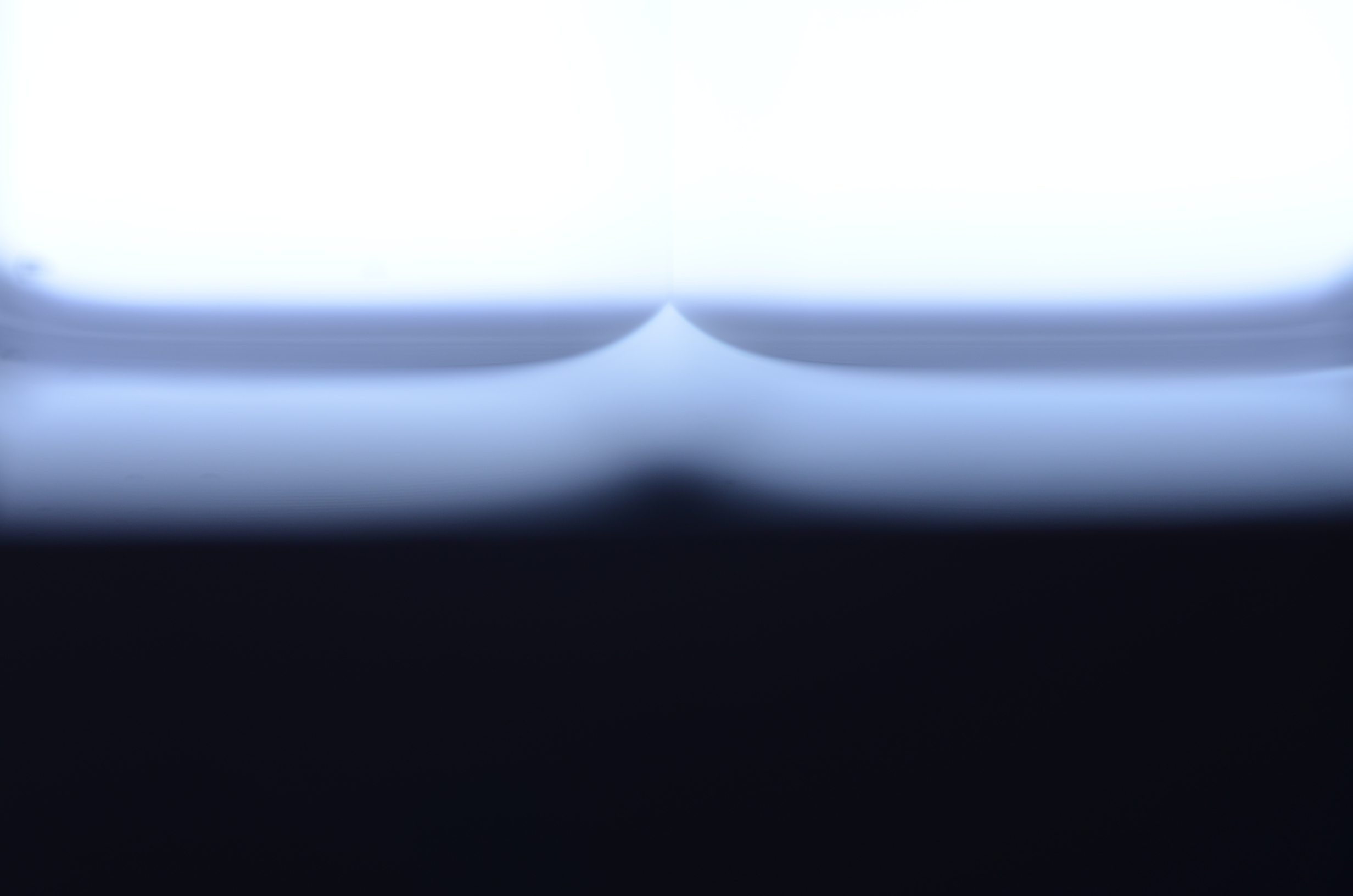 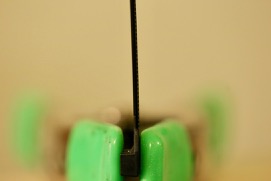 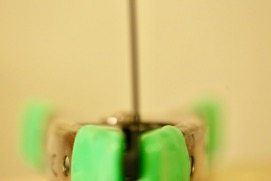 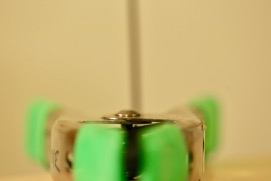 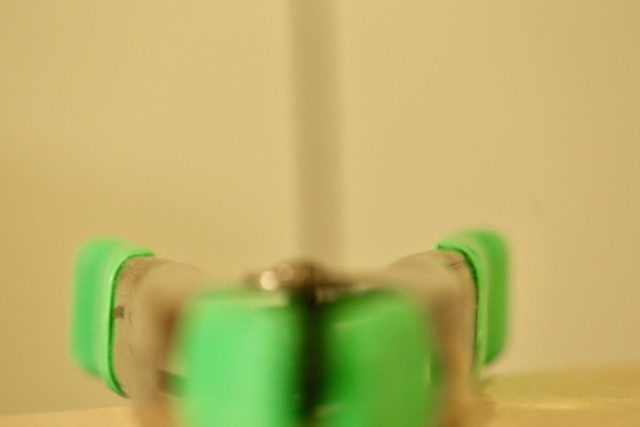 I know of three options for increasing the depth of field in your image: 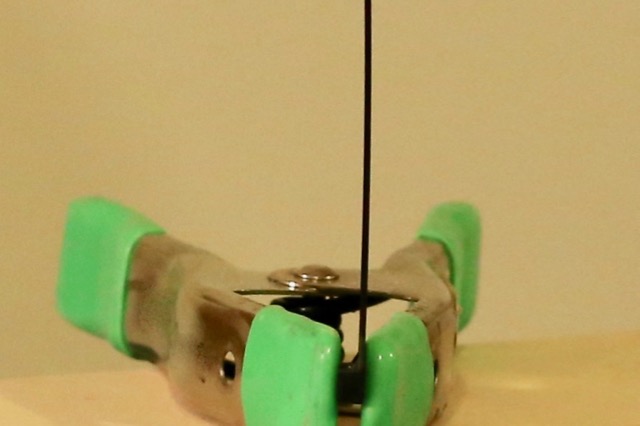 (Full disclosure: the image above was taken using a slightly smaller aperture, f/4, than the preceding images, which were taken at f/3.5. The change was inadvertent, and I don't think it changes the larger point, but it's still important to point out.)

I can also think of a few other options that don't involve changing the depth of field: 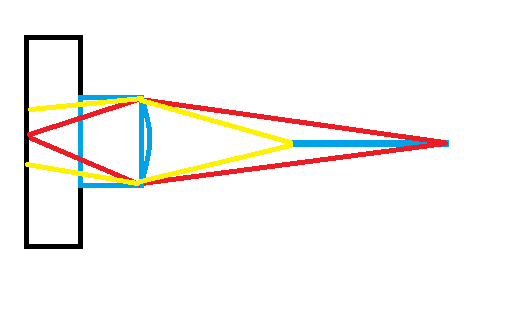 The forward edge of the plate is simply out of focus, and the angle of view turns the sides of the plate into mirrors, so all you see is a reflected view of the meniscus and background. Some things you could try would be a double exposure of the forward edge of the glass plate and the region of interest, 'focus stacking' to keep the entire plate and meniscus in focus (more or less), and increasing the aperture to f22. Another thing to try might be to coat the part of the plate not actually in the fluid with non reflective material (black paint?).

The reason you cannot resolve the object is due to a phenomenon called the point-spread function of an image.

An image does not have an exact point of focus you can choose precisely. The point of best focus is a narrowing within a zone due to diffraction. The "point" is actually a narrowing of a converging beam of light to a "waist" before it diverges again.

The actual point is indiscrete.

Your lab set-up (or interpretation of the results) must compensate for these "biases" in the final image. It is not a trivial thing.

Photographic authentication of an event is not conclusive as it is subject to the vagaries of physical and psychological phenomena for interpretation. It is not bias free as you are discovering.

Not the answer you're looking for? Browse other questions tagged focus macro or ask your own question.

29
Does changing the focal length change focus?
1
Why does this lens lose focus when you zoom in but not when you zoom out?
4
When changing between manual and auto focus, should I change the setting on both the body and the lens?
2
How does (auto-/manual-)focus changing work?
1
What does it mean when macro focus range and normal focus range are equal?
3
Is recomposing ideal rather than changing focus point?
2
How to adjust focus without changing zoom?
0
Why won't Nikon B700 focus close when fully zoomed?
43
Can you tell from a blurry photo if focus was too close or too far?