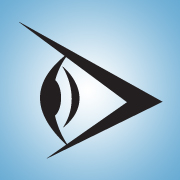 This is just a little bit of scratching my name upon the ever-wet concrete of the sidewalk of the interwebs in my never-questing-end to find some little bit of immortality.

And I saw a physical version yesterday, in DTLA under an old bridge, in the cracked old concrete it said "Robert" (and something for the last name) "1953" The handwriting was thin jagged letters.

I'm guessing the concrete was nearly hard when he wrote it — and he's most likely dead now. Gone to ash... or dust... or (hmmm, what's a poetic-sounding term for "worm food"?) Nevertheless, there's his name. Robert something. His shout out to he universe that he was HERE that he EXISTED for some short time. Well good for him.

There is no moral to this story. No sense of conclusion. No happy nor even poignant ending.

Just that today I'm writing my name on this virtual sidewalk of the interwebs.

My Ever So Brief Blurb on Myself:

Outside of spending an inordinate amount of time solving problems (that I have no real need to solve except the warm fuzzy feeling of helping someone I will never see in real life while jousting the occasional troll that dings me for overuse of bold italics) Obviously I'm just avoiding solving my own loathsome problems:

I find my interests are in:

The Art and Science of Applied Probability
In this career, I used probability models for the risk assessment of short term ROI predictions of high-variance cash-flow opportunities in finite-sized non-cooperative bidding groups where information is obliquely concealed as a function of multivariate strategies facilitating the predominately range-based tactics and randomized but nevertheless deterministic outcomes.

And that's the story on that.

Have a nice day
In fact have two, they're giving them away this week.

All Questions Answers
Votes Newest
11 Are there reasons to NOT use Adobe RGB in JPEG/TIFF files and CIELAB in TIFF files? Sep 4 '19
7 What is the purpose of gamma correction in today's screens and how does it relate to graphics and photography? Apr 30 '19
3 Why does using “sRGB” as my monitor display profile look better than the built-in profile? May 10 '19
3 What is the standard gamma value? Jun 1 '19
2 Is there an better than Adobe RGB monitor? Aug 3 '19
2 8bit monitor theoretical contrast Aug 27 '19
1 Why does editing software not care about colorspace? Jun 1 '19
1 How can I check how much of sRGB and AdobeRGB my monitor covers in percentage? May 26 '19
1 Are colour profiles ever stored in RAW files? May 30 '19
1 How to correctly apply gamma to linear raw files from a machine vision camera? May 31 '19
View all questions and answers →