Depth of Field is the depth of a scene that is "in focus" as perceived by the eye.

Depth of Field is a critical factor in photography. It is primarily controlled by the aperture of a lens and the distance from the imaging plane to the subject. Depth of Field can be a powerful creative and artistic element in a photograph, especially if the parts of an image that are outside of the DOF are nicely blurred into a creamy blend of colors and nicely formed circles. Remember, more depth of field means more in focus, not less — the blur effect comes from shallow depth of field.

When a lens aperture is wide open, it lets in all the light focused by the lens for any given point light source. The light being focused by the lens can be viewed as a "cone" of light that converges to a point. As the aperture is stopped down, the cone of light that reaches the sensor shrinks, making use of more and more direct rays of light. In the case of focused points of light, they become sharper and more defined: 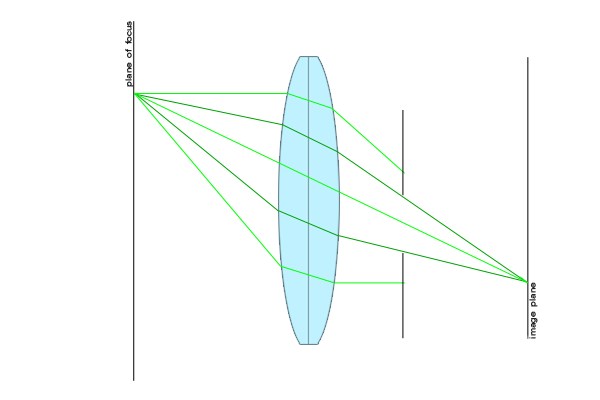 In the case of out of focus points of light, the circle of confusion created by the focused rays of light becomes smaller, as demonstrated by the diagram below. The aperture blocks part of the cone that is projected out of focus on the the imaging plane, reducing the area of the bokeh circle for that particular point of light: 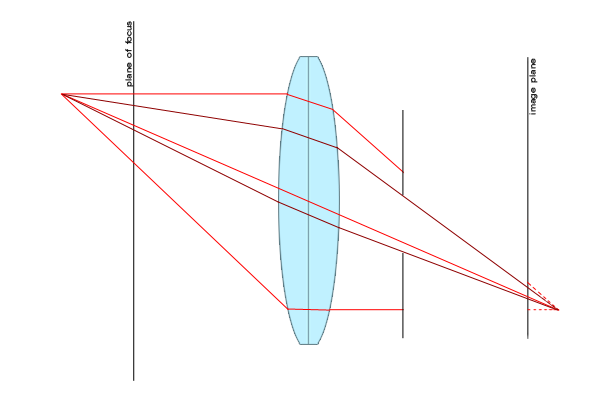 How can a smartphone take pictures of a landscape with everything in focus?

Why are War Photographers able to take pictures that seemingly violate the exposure rule?