Nikon Coolpix 1000 - how to decide if it's a 'smarter' option than a good long lens?

I hope I can make this answerable & not purely opinion-based...

Amongst the things I try to shoot, birds, squirrels & other small nervous wildlife crop up relatively frequently.
I'm very happy with my existing crop-frame interchangeable lens setup, but trying to grab a fast shot of something small, fast & relatively distant proves [obviously] quite elusive.
Existing setup D5500, various lenses from 18 to 300 mm, in several steps, but including one that does all that in one go.

In the studio, under controlled conditions, I have my ever-expanding [though not yet premium] glass collection & choose to suit the shot. That wouldn't change. I fully intend to grow that glass collection & eventually move up to a better body.
I tend to, for the occasional walk in the park etc, take my entire camera bag, so if I see something stationary & deserving of a more suitable lens, I can reach for it; but otherwise I have my 'guilty pleasure' Nikkor DX 18-300mm. It's not the sharpest knife in the box... but it's 18-300 - as fast as I can twist the zoom.
I have resisted so far, very long zooms; partly from budget concerns & partly because I find it difficult to place the intended subject in frame at first go unless I start wide - so what I tend to do is have the zoom lens quite short, find the subject, then actively zoom in so I can keep it in frame. With birds etc, this gives up time, but gains eventual accuracy.

I have a dilemma. Save for better [long] glass for my existing camera or spend less on this bridge system than even one of those lenses would cost.
I'm not a pro, none of this cost will ever be recouped. I'm not rich, I can't throw money at my [passionate] hobby.

I'm not asking anyone to make the decision for me... but how do I decide?
Is there a quick, "You don't want this new camera because..." ?

I'm not interested in any of the 'features' like scenes, wifi, bluetooth, etc, I'm only considering how much image quality I'll lose [which I know isn't an absolute] vs how much further I can be from a fleeting subject & still have a reasonable chance of getting an acceptable shot.
Factors such as noticeable & uncorrectable colour aberration would be an immediate 'turn off'. I've had lenses that do that, I don't need an entire compact system that will do it too.
I'm aware I'll 'lose pixels' going down from my existing 24mp to 16mp. I like 'sharp' so this is definitely a factor I'd need to consider.

I understand this question may not be completely answerable until the model has had some testing in the real world.

The only real way to decide is to compare the results from each camera system and decide which set of results you find more acceptable.

Comparison can be between actual results you produce yourself with both systems, or comparing the results that are reflected in reviews and tests published by others.

What I'm hoping for... is 3000mm of 'useful' zoom. What I fear is ...2700 of those precious mm being really no better than getting up close with a phone or screwing in a cheap lens modifier.

The lens of a superzoom "compact" (please see the image below!) such as the Nikon CoolPix P1000 will be better for long distance shots than the lens in a phone. The sensor is 1/2.3" that is about 7.66x6.17 mm. There are a handful of the top smartphones with same sized or larger sensors, but most phone sensors are somewhere between a bit to a lot smaller.

My personal take on the CoolPix P1000:

The extra zoom over the previous CoolPix P900 (same sensor, 24-2000 mm 'equivalent' 83X ZOOM BABY!) is purely for marketing, won't be very usable by the target buyer, and might even actually reduce the quality of images it can take in the more usable 24-1000 mm 'equivalent' range due to the increased design compromises needed to extend the focal length range by 50% more. Not to mention the camera weighs about as much as my EF 70-200mm f/2.8 L IS II! 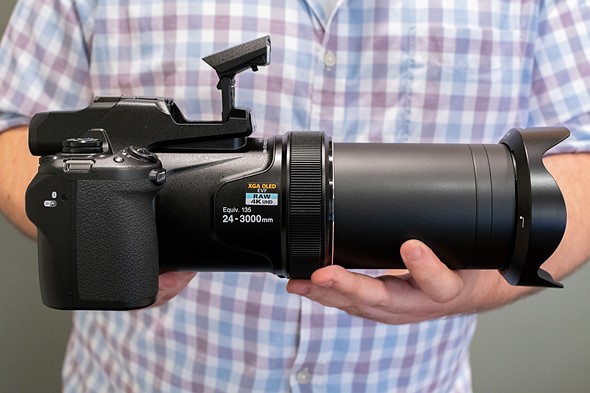 A 125X superzoom will likely only be useful for bragging rights. But hey, it's got serious ZOOM, BABY!

Here's a shot of the moon from the CoolPix P1000 released by Nikon (presumably the best possible IQ the P1000 can do of the moon): 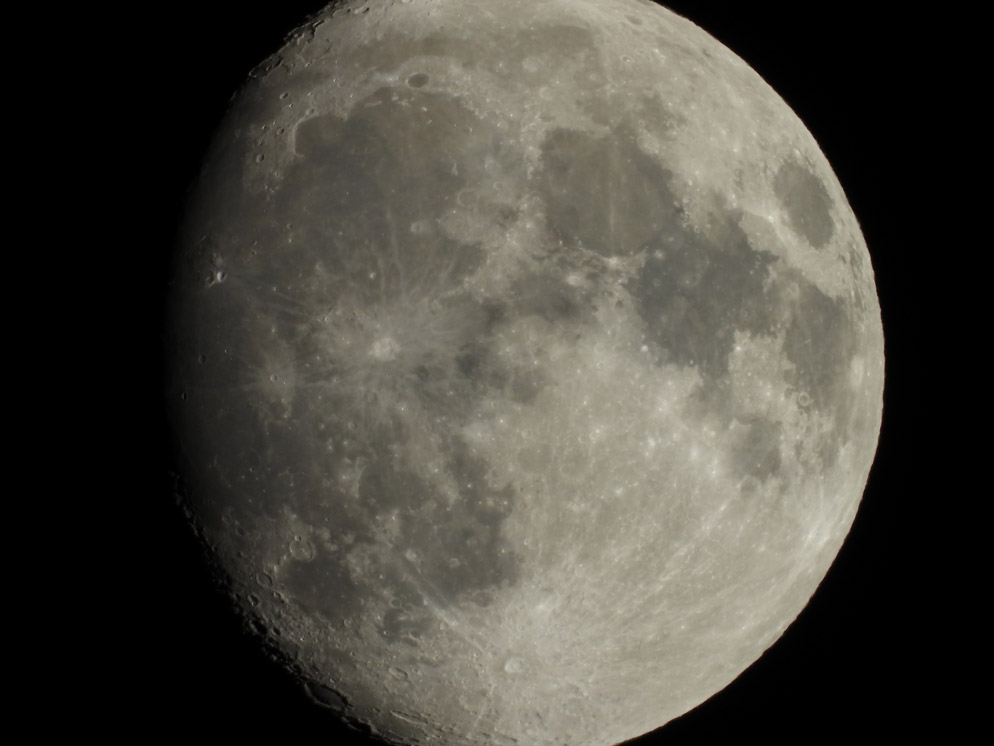 While it isn't terrible by any stretch of the imagination... 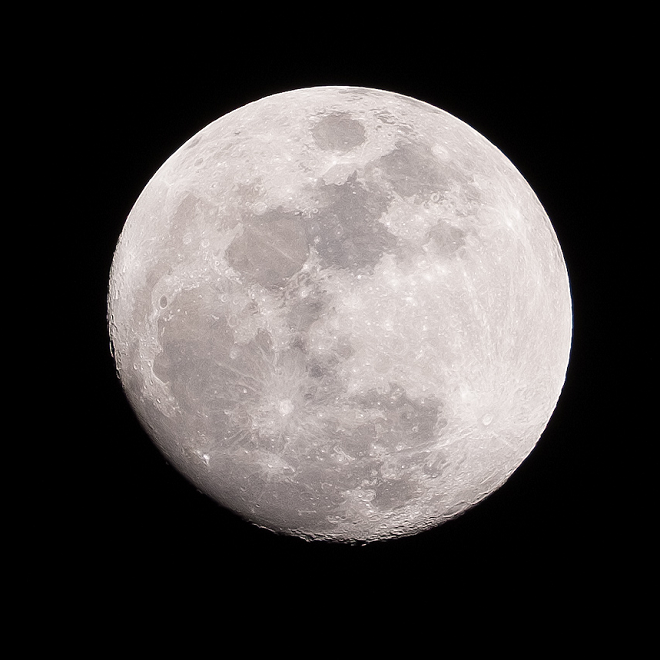 When we select shutter speed we use the rule shutter speed=1/focal length. Based on this (w/o getting in consideration image stabilization, Nikon do not mention it in sense of stops) on 3000mm we should shoot with 1/3000s.

And all this in sunny day...

If I were you, I'd take my existing Nikon/Lens kit to a camera shop and do a comparison with the P1000. Compare uncroped P1000 images to cropped images taken with your DSLR. Then you'll know for certain which option is best for you.

As another option, have you considered using a spotting scope?

Not the answer you're looking for? Browse other questions tagged superzoom comparison bridge-camera or ask your own question.

7
Will I miss anything if I replace my aging DSLR with a bridge camera?
10
How do I calculate the difference in lens reach between a superzoom compact and a DSLR zoom lens?
0
How do I decide on a camera/lens with high zoom range?
1
When comparing camera sensors, what does [x] µm Pixel mean, and what does it say about image quality
-1
Point-and-shoot with 50x zoom or DSLR with small zoom?
1
What lens would I need to photograph a very distant cathedral dome?
-3
Best lens for my D5300
-2
Universal solution for wide focus length DSLR camera in 2017
1
Is there any Superzoom Point&Shoot camera available which offers more telephoto zoom than Nikon Coolpix P1000?

0
How do I decide on a camera/lens with high zoom range?
7
Will I miss anything if I replace my aging DSLR with a bridge camera?
4
Why my DSLR is not as sharp as my smart phone?
2
Why does my superzoom lens sometimes miss focus?
1
Is there any Superzoom Point&Shoot camera available which offers more telephoto zoom than Nikon Coolpix P1000?