How I can capture photos like SLR pictures using my iPhone? [duplicate]

Using my iPhone I am taking pictures of nature, heritage buildings and wildlife animals and things. Do anyone know how I can improve the picture quality of iPhone so I got a picture similar to clicked by SLR?

There's really no such thing as true equivalence in optics. When we scale an optical system up or down we can't also change the scales of the wavelengths or widths of oscillations of the light we are capturing.

On rough order of importance, here are the things that contribute the most to a quality image:

As you can easily deduce from the above list, whether one uses an SLR or other type of camera with larger lenses and sensors or whether one uses a phone camera with smaller lenses and sensors mostly affects items three and four above. But the constraints imposed by the smaller lens and sensor also affect the options available to the photographer. The amount of usable information captured by the camera is also affected by the signal-to-noise ratio that is directly affected by the size of the imaging sensor and the size of the pixels it contains.

Since you haven't really said what, exactly, you mean by "picture quality" or "like SLR pictures" or even what kinds of images you want to take,¹ it's hard to be any more specific than that.

As others have said, you can't. Full stop.

Trying to get "DSLR-quality" photos on a cell phone is a bit like trying to get automobile performance from a bicycle. They're different tools for different, but overlapping purposes. Small sensors (as used in cell phones) are fundamentally different than large sensors in a number of critical ways:

What these things mean is that although it is possible to get great shots on a cell phone, the very nature of such small cameras limits the types of shots that you can get. A good photographer will get great shots with a phone by knowing its limitations and working within those limitations, but that doesn't change the fact that for every such shot, there were probably a hundred that the photographer recognized were impossible and didn't even try to take them. The better the camera, the fewer such shots exist.

Also, ignoring digital trickery with its inherent limitations and often highly flawed renderings, it also tends to limit the character of shots by not giving you truly narrow depth-of-field. This limits the sorts of creativity that photographers have, forcing the photographer to be creative in other ways, such as composition and lighting. That's not necessarily a bad thing, but again, every time you cut down the number of colors in an artist's palette, you get fewer colors in the resulting painting, so to speak.

On the flip side, occasionally a cell phone can get a shot that a DSLR can't, by being able to stick the lens into a spot where a DSLR lens can't reach, such as shooting through fences, gaps in walls, behind furniture, and so on. So the differences between these technologies isn't entirely one-sided, just mostly one-sided.

Ultimately, the right camera is the one that gives you the shots that you want, and if a cell phone can do that for you, use that. If it can't, don't. Don't sweat the rest.

A roundabout way of capturing DSLR-like images on an iPhone is to use the desired lens with a Depth of Field Adapter. It basically projects an image of the scene onto ground glass that you then photograph with your phone. 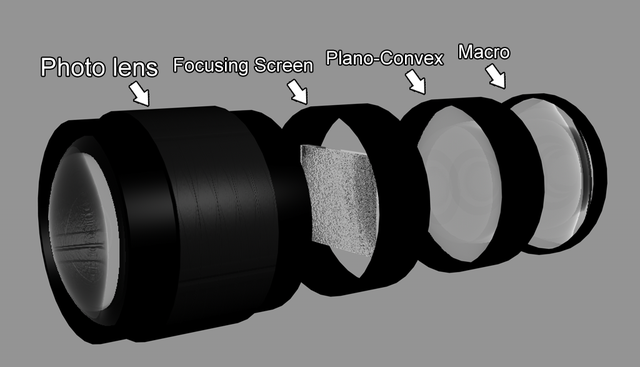 If you photograph under dynamic and beautiful lighting conditions, have chosen an interesting subject and composed the image well, then most people would be hard pressed to tell what camera you used. This is especially true if you only post your images to social media and never make prints. Of course, this is also providing that the lighting conditions were such that the phone's sensor could record it without using too high of an ISO.

Not the answer you're looking for? Browse other questions tagged iphone or ask your own question.

27
How do I get the best results with a cell phone camera?

7
iPhone photo download workflow for ONLY new photos onto Mac
2
Recommendations for zoom lenses for an iPhone 3GS
3
What do I need to beef up my iPhone for my go-to camera on my travels?
0
How does the iPhone 5s manage to take HDR photos at full-frame rate?
14
How can a super tiny iPhone 6 Plus lens produce significant DOF?
3
How can I record the zenith angle of camera within the metadata of a photo from smartphone (iphone)
0
I want to use picture's Metadata so I can search photos (ios)
6
How to get soft-blur effect on flowing water with iPhone?