Why is the color mask of this 135 film dark blue-green?

In the late 1990s, I encountered an exposed cassette of 135 film. (I am not the original purchaser or user of the film.) Curious about what might be on it, I sent it to a lab for processing. I was surprised when it came back dark green, in its entirety. It has been a mystery to me ever since.

Unfortunately, I neglected to document anything about it, and the lab kept the cassette. I keep a segment of the film around to muse about and occasionally attempt to re-scan and color correct to gauge how much my skills or technology (color dynamic range) has improved. The blue-green mask has always been a hindrance, and I have never been able to correct the images, because the color channels are strongly affected by it.

Why is the color mask of this 135 negative film dark blue-green instead of orange?

Can anything be done to fix it?

(I am looking mainly for a chemical or physical solution that can be applied to multiple frames simultaneously. An unusual, nonstandard digital fix may be acceptable. Anything obvious like changing white balance, levels, curves, and multiple exposures has been tried already. Converting to gray and colorizing is not acceptable.)

The barcode on the bottom of the strip translates to 0110001-01011-010011100 binary or 49-11-156 decimal (21 digit bar codes on film were three numbers using 7-5-9 digit binary numbers). The additional first six and the last four positions are start and end markers that are always the same. As of 2008, 49-11 was the code for Agfacolor Optima 200-2 Professional. The same number may have been used for another type of Agfa film before or after it was used for this particular film, though. A lot of Polaroid 135 film was rebranded Agfa product.

This seems to be some 'Polaroid OneFilm'. 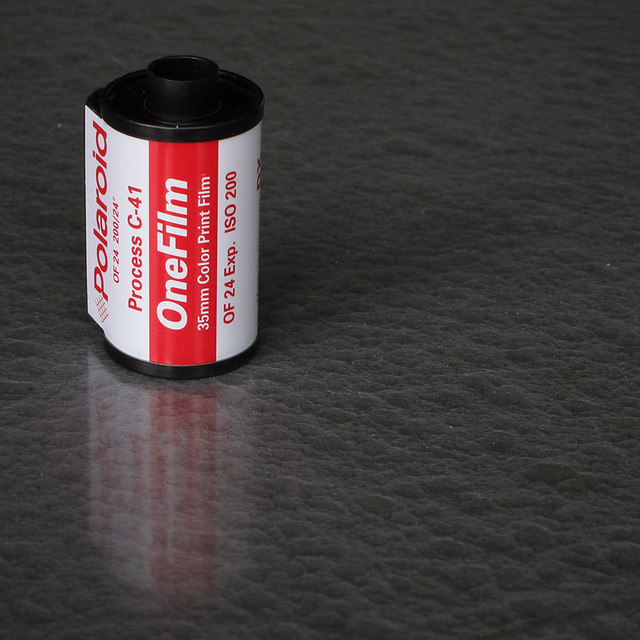 I remember totally ignoring it at the time, and apparently many others did as well. There's not a lot of info about it online. But there are some funny commercials for it on youTube!

OneFilm was also offered in the 110 and 126 format as well as the 135 (35mm) format. Both 110 and 126 were popular "instamatic" formats with many cameras having few or no user controls. Focus was fixed and a moderately narrow aperture was used with such cameras designed to be used outdoors with 100 or 200 speed film. 400 speed was recommended for indoor use, possibly with optional chemical flashbulbs. 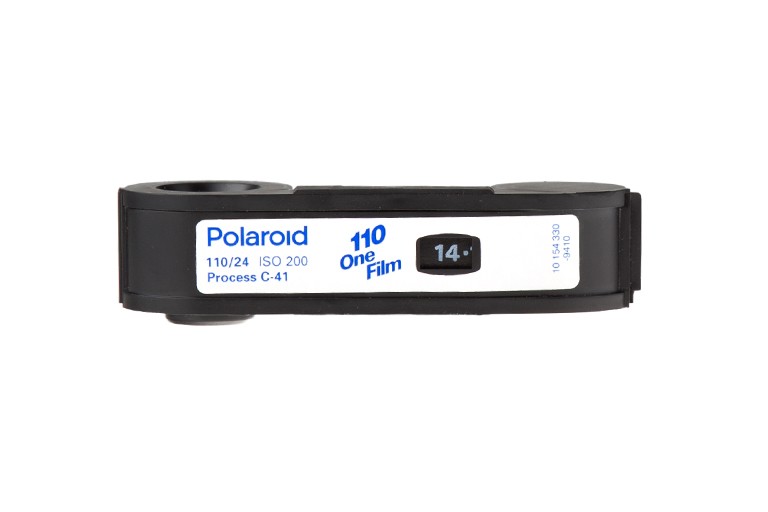 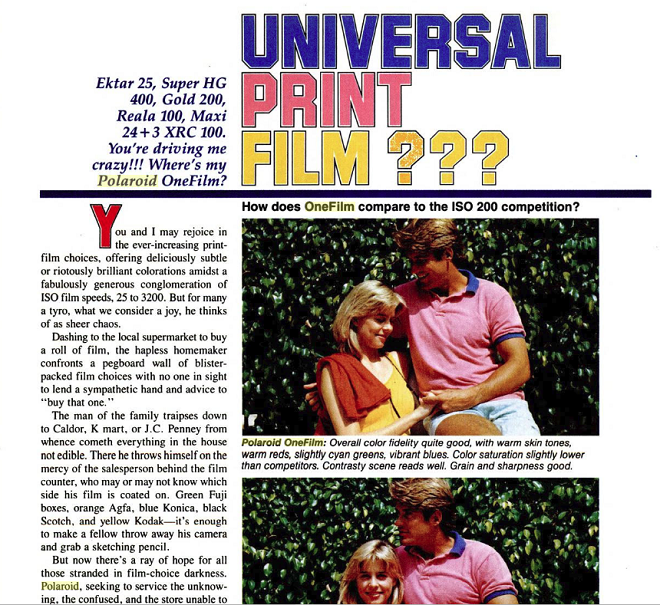 It has some good-natured fun poking at the idea of marketing a 200 speed color negative film as, "... right for man, beast, or camera."

Dashing to the local supermarket to buy a roll of film, the hapless homemaker confronts a pegboard wall of blister-packed film choices with no one in sight to lend a sympathetic hand and advice to "buy that one."

The man of the family traipses down to Clador, K-mart, or J.C. Penny from whence cometh everything in the house not edible. There he throws himself on the mercy of the person behind the film counter, who may or may not know which side his film is coated on. Green Fuji boxes, orange Agfa, blue Konica, black Scotch, and yellow Kodak - it's enough to make a fellow throw away his camera and grab a sketching pencil.

But now there's a ray of hope for all those stranded in film-choice darkness. Polaroid, seeking to serve the unknowing, the confused, and the store unable to catch up with all the brands, types, and film speeds, proudly presents the answer to everyman's dreams: a "universal," single-emulsion color-print material.

The article went on to compare the performance of Polaroid OneFilm to other 200 speed films popular at the time. The entire article, including the "continued on page 64" jump from page 28, can be read at the link above.

The color of the film substrate notwithstanding, Polaroid OneFilm was a fairly pedestrian example of 200 speed color negative film that required the C-41 process for developing. It was a "true" 200 speed film where most consumer oriented films at the time were a little faster than their rating to somewhat protect the casual photographer from underexposure. The main distinctive feature of OneFilm was in the way it was marketed to the "clueless" snapshooter in a way that probably made many photo enthusiasts roll their eyes. On second thought, there's no probably about it. When seeing some of those goofy commercials, I was among the eye-rollers back then.

Why is the color mask of this 135 negative film dark green instead of orange? Can anything be done to fix it?

From the above linked Popular Photography article:

According to Polaroid optimum results are obtained by printing OneFilm on the 3M/Scotch filter channel, though standard-run, let-the-lab-pick-'em blind tests we conducted also yielded fine results.

If your scanner has a preset for 3M/Scotch film you might try starting there. Since at least some OneFilm was made by Agfa, it wouldn't hurt to try any Agfa color profiles you might have available as well.

If one pulls the white balance a little closer to the middle, it becomes plainly obvious that the image was either shot under some very mixed lighting or the exposed film had some significant color shift between the time it was exposed and when you sent it off for developing.

It's not that far fetched that the film might also have been influenced by exposure to stray X-rays, since the content of the example image shows things one might find in a dental office. There are also all kinds of different light sources in dental offices. From fluorescent or incandescent (or a mixture of both) overhead lighting to the bright, dental exam and operatory lights, there are a wide variety of light sources in most dental offices.

Another early guess while researching this, based on the color of the film backing, was that it was one of three types of Polaroid instant slide film that was offered in 135 format (35mm) back in the 1980s-90s:

Most likely it would have been the first, PolaChrome. Since any remaining stock is very old, color shifts due to age/storage conditions of both the film and developing pack are almost guaranteed. If the film was mis-processed using, for example, C-41, then there's no telling which ways the colors have shifted.

Each film came with a developing pack that could be inserted in a small, hand cranked 'autoprocessor' machine and developed by the user immediately after shooting.

Although it would be a very long shot, I'm wondering if some PolaChrome accidentally got coded/marked and packaged as OneFilm? The lab that developed it would have had no way of knowing not to process it using C-41. Cross processing tends to produce magenta←→green shifts as well as yellow←→blue shifts. Combined with very mixed lighting, possible exposure to X-rays, and wildly varying environmental conditions during a long time period between exposure and developing, there's no real way to predict which way everything would shift. 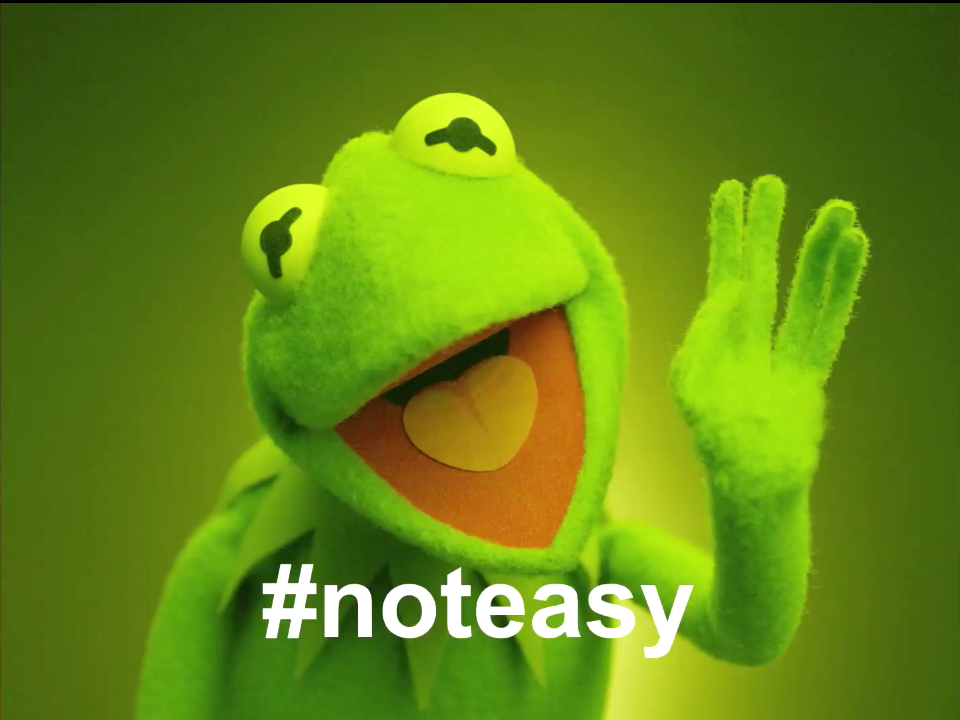 In 1977 Polaroid introduced Polavison, an instant color motion picture system. This film modeled after Dufaycolor, a color reversal film that came out in 1910. This film was a black & white reversal film overlaid with red, green, and blue ink dots in a mosaic pattern. These dots acted as filters when the film was exposed. When the film was projected or viewed by illumination from the rear, a full color transparency resulted. The Polavison version used microscopicallynarrow colored strips. Polavison was a commercial failure.

What followed was Polachrome, a slide film that could be loaded into standard 35mm film cameras. Introduced in 1983 it came with a packet of processing chemistry. After exposure, the film was loaded into a hand-cranked device called an “AutoProcessor”. You dropped in the chemical packet and 5 minutes later you took out a fully developed, ready for mounting, roll of slide film. The slides were OK but very dark because a black & white negative image was superimposed atop the positive image. When viewed, the colored stripes were visible.

Again, this was basically a black & white film. If processed using liquid chemicals, likely the results are unpredictable. The green hue present in your sample is likely due the dyes that makeup the matrix running and staining the film base (a guess on my part).

Not the answer you're looking for? Browse other questions tagged color 35mm negative-film polaroid or ask your own question.

17
Why does colour negative film have an orange mask?
2
How to reproduce this dark-toned color effect?
7
Is this blue tint because of the film or the process?
3
Pictures of a dark violet flower appear light blue. Is this a lens or a technique problem?
0
How was the twilight blue color effect in this photo produced?
6
(film) What can cause blue vignetting on sub-exposed or dark shots?
2
Why is there blue 1" edges on developed 35mm film?
56
Why are Red, Green, and Blue the primary colors of light?
1
Why do pure colors (red/green/blue) become a mixture of colors when converting raw?
4
Developed 35mm Film Green Tinted instead of Orange