What is “veiling glare”? How does it affect my photos, and how can I avoid it?

Someone mentioned that "veiling glare" or "veiling flare" was to blame for reduced contrast in a photo. What does this mean exactly?

What causes veiling glare, and how can it be avoided? How does it relate to those floating polygonal lens flares one often sees in movies?

Veiling glare is light that's not intended to be part of the image, per se, but ends up on the recording medium (film or sensor) anyway. It's caused by reflections and scattering of light by optical elements and the lens barrel. This produces an overlay of general brightness, which raises what should be the darkest parts, reducing overall image contrast.

For example, imagine shooting on a sunny day, and framing a photograph which doesn't include the sun directly, but where direct sunlight still falls on the front glass of that lens. Some of that light still makes it to the sensor, even though it doesn't represent the form of anything in your image. 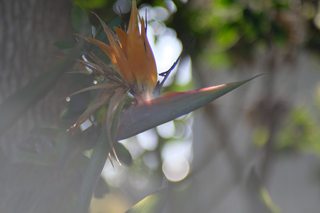 Smears or dust on the lens (or on an attached filter) can scatter light in unintended ways, compounding the problem.

Adding additional lens elements — like a glass filter, either for protection or for a special effect — can make this worse, for several reasons. First, it's another piece of glass, and usually a flat one at that. Second, many filters are of low quality and don't have good coatings. And, since they're usually right on the front of the lens, further away from protection from out-of-the-image light, they're prone to making the problem worse even when of high quality. 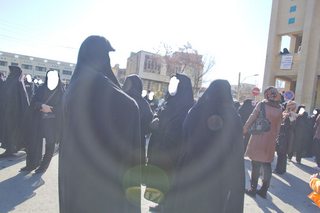 Your biggest defense is a lens hood ­— or otherwise keeping the front element of the lens shaded. All light that strikes the front element has the opportunity to scatter and bounce around in the lens, causing veiling glare — and bright sunlight can easily wash out the image.

Lens bodies are designed with matte black internal finishes and often have baffles and other features to control reflection. And, lens surfaces are given special coatings in part to minimize this reflection.

The visible lens flare — sometimes called "ghosting" seen in photographs or movies are related, but not quite the same. In those cases, the light is more focused and controlled, causing a bright highlight shaped like the aperture, or sometimes rays or lines. These are can also be caused by having bright lights hit the front element — like, say, having the sun in the frame! — but veiling glare can be there even if you don't see any of that. 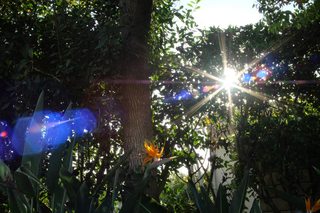 This supplement to mattdm's answer contains a series of images to illustrate the effect that coating technology can have on veiling glare. They were all taken handheld with the camera set to the same settings with auto exposure enabled. There is a lamp shining toward the camera just outside the frame in the upper-left corner. All lenses were set to cover approximately the same angle of view with the aperture wide open. No hood was used with any lens.

Not the answer you're looking for? Browse other questions tagged terminology artifacts lens-flare contrast glare or ask your own question.

0
What's this problem with light in my photos called?
14
Why did my ND filter produce washed out exposures?
8
Why is Nikon 1.4g better when Nikon 1.8g is sharper?
4
What is causing the strange lighter circles in images taken with my Canon 15-85?
2
Cheap, unbranded 85mm f/1.8 prime lenses - are they optically any good?
4
What is this strange light leak during long exposures?
6
Lenses and Filters: what do the terms Coating, Multi-Coating and Nano-Coating mean?
5
Why is there a line in the center of freelensing photos taken with a Canon 5D mkIII?
2
How to mount a Kodak Vest Pocket lens on an EF-M camera?
2
Can lens defects, such as scratches or fungus, improve image quality?
See more linked questions

19
What is ISO and how does it affect my photos
16
How to avoid glare in macro photography?
2
How does a glare arise in images?
2
How can I avoid lens flare when shooting into the sun with a compact camera?
3
What is a “crisp” photo?
14
How can I avoid green flare on my sunrise photos?
7
What could cause this visible artifact which seems to a be a glowing inverse of something outside of the frame overlayed on this photograph?
0
What creates a bright green orb “lens flare” with silver or metalic dots on it?
21
What is GAS and how can I avoid it?
1
How can I eliminate glare from stage lights when taking concert photos?