What are these clusters of branching structures on/in my lens?

I packed a Tamron 28-75 lens away for over a year. When I took it out of storage examined it, I found clusters of branching structures on or in the front element.

I Took it to a camera store and they said it wasn't fungus, but they didn't tell me what it was. I have removed the front element and cleaned the backside but it does not fix the issue.

It does not impact picture quality at all. Not sure what to do. 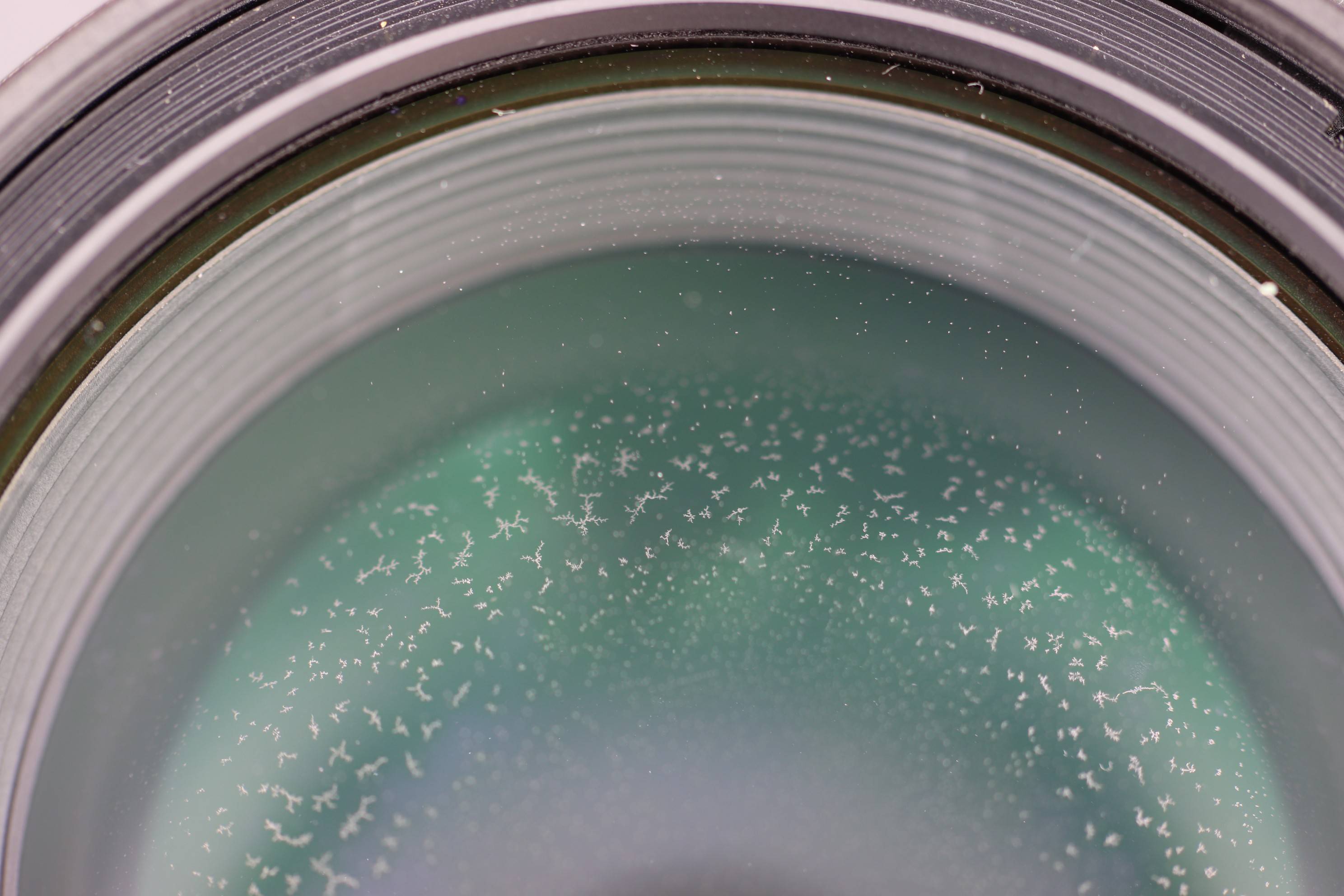 Camera lenses are constructed using several individual lenses packed into the lens barrel to correct lens aberrations. Some are air-spaced, while others are are cemented together. The cement of choice is a super clear resin made from the sap of the Canadian Balsam Pine tree. In recent years, this glue has been fabricated in a lab.

The only way to repair cement defects is to disassemble, dissolve away the glue, and re-glue. Finding someone to do this will be difficult and expensive. The good news is, often these types of defects are mainly cosmetic. They only minimally degrade image quality.

The even distribution makes fungus less likely because fungal hyphae have a root like structure and would have density around the edges or point of penetration. (@Lex)

It looks pretty much like fungus to me — the branching is characteristic. It might, however, not be fungus itself, but etching on the glass as a result of fungal growth.

It's true that fungal growth on lenses is generally all connected. That's not necessarily true, though. Fungus can grow from lots of different "starter" spots as well. This blog post shows an example of fungus growing this way, which I've excerpted here: 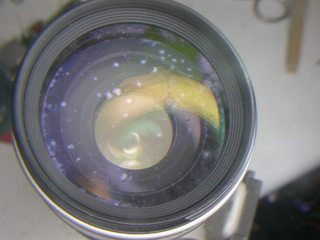 Of course, it's not as pervasive and there is more of a circular pattern to each "bloom", but this demonstrates that it's not always a big patch growing from the edge.

Meanwhile, I'd expect lens glue crazing to look more like a series of little lines, and not nearly so fractal. But I've never seen that in person either way.

One possible guess — and it's just a guess! — is that it was all connected and this is where it was enough to etch the glass.

12
Can lenses be damaged by rapid temperature and/or humidity changes?

46
Why does fungus form in lenses, and how to get rid of it?
3
Diagnose a damaged lens from focus test results
7
What are these red markings on this lens?
1
Nikon 18-55: fix shifted focus range
4
Lens Fungus - how to prevent it while actively using the lens in humid environment and remove it if you already have it?
2
Can lens defects, such as scratches or fungus, improve image quality?
2
What are these streaks on lens element? How to remove?
2
How to figure out the order of lens elements in the rear group?
4
What are these branching, dust-like particles? How to prevent their spread?
1
What are these numbers below the distance scale of my lens?