Why are my photographs on Kodak Portra 400 coming out hazy and gray? Am I getting the exposure wrong?

I'm pretty new to film photography and photography in general. I've been taking my cameras (Canon A-1 or Pentax ME super, portra 400 film) with me to most places and trying to gain as much experience as possible.

I've been enjoying it so far but I'd like to start getting more usable images from my efforts. The images I take tend to turn out, consistently, like the ones seen below. 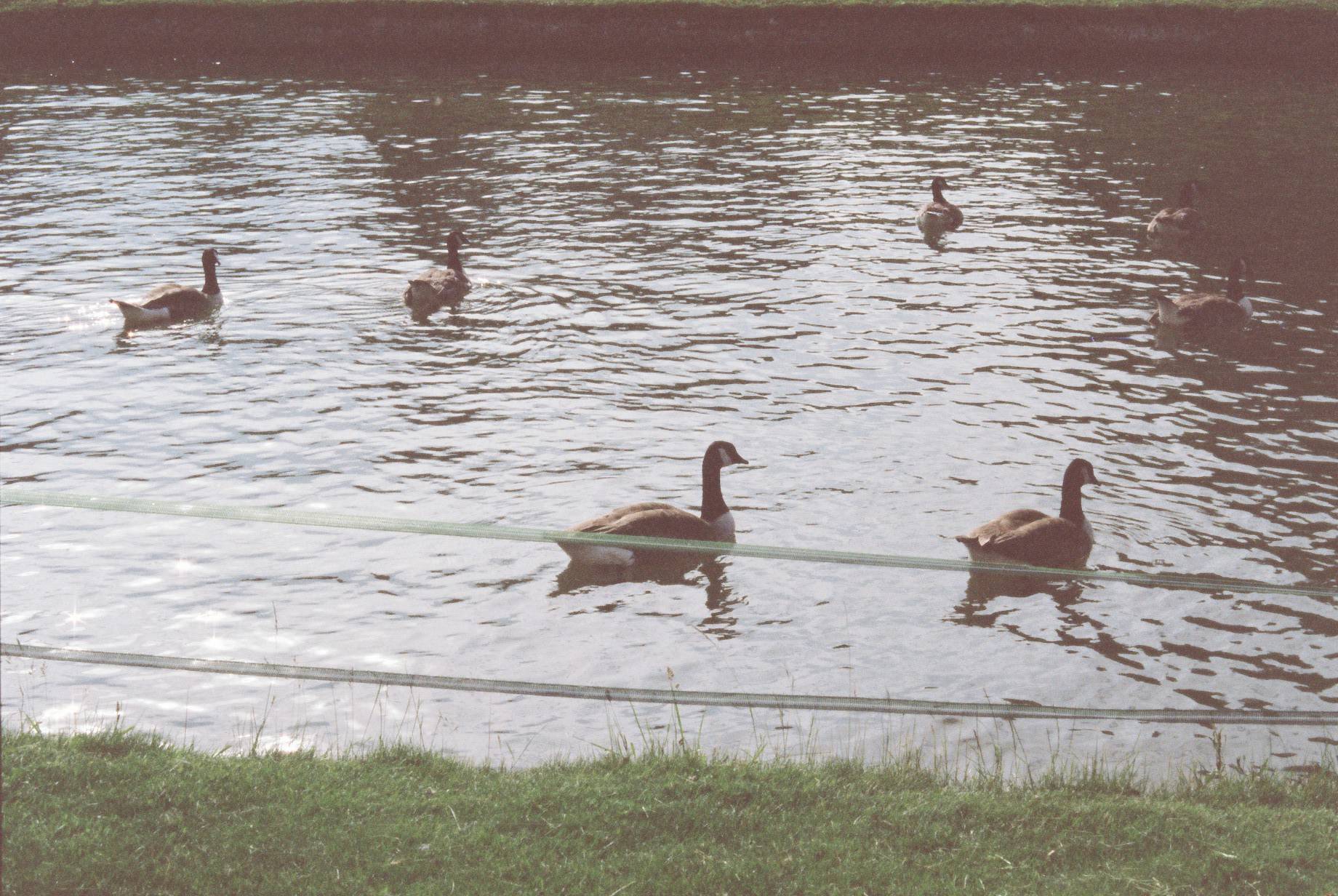 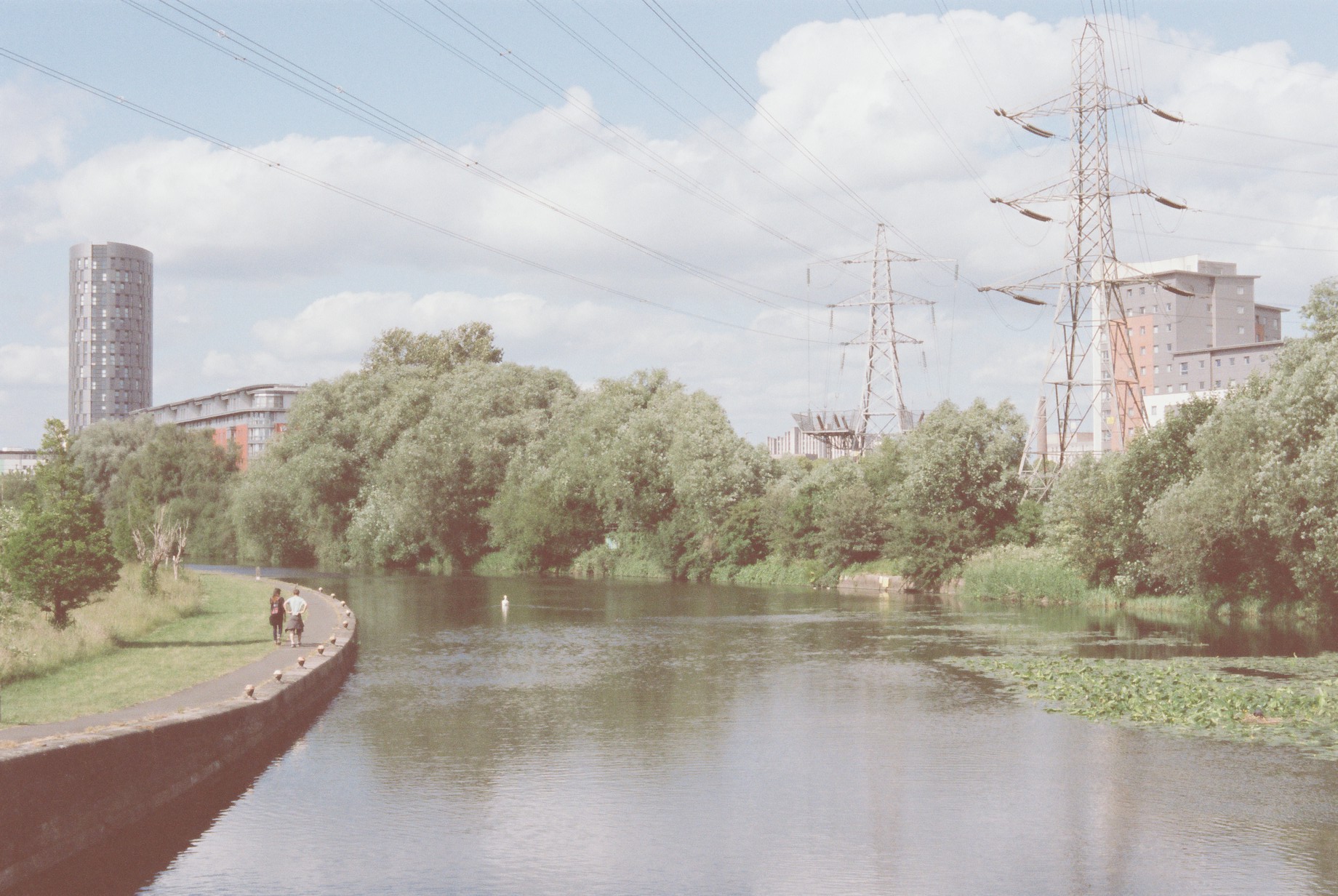 I've been tending to use the shutter priority mode for both cameras so that I only have to think about the aperture.

Does anyone have any help on how to combat this or sources where I can further my photography skills ?

Furthermore, I have heard of the 'sunny 16' rule but when I tried it, this was my result: 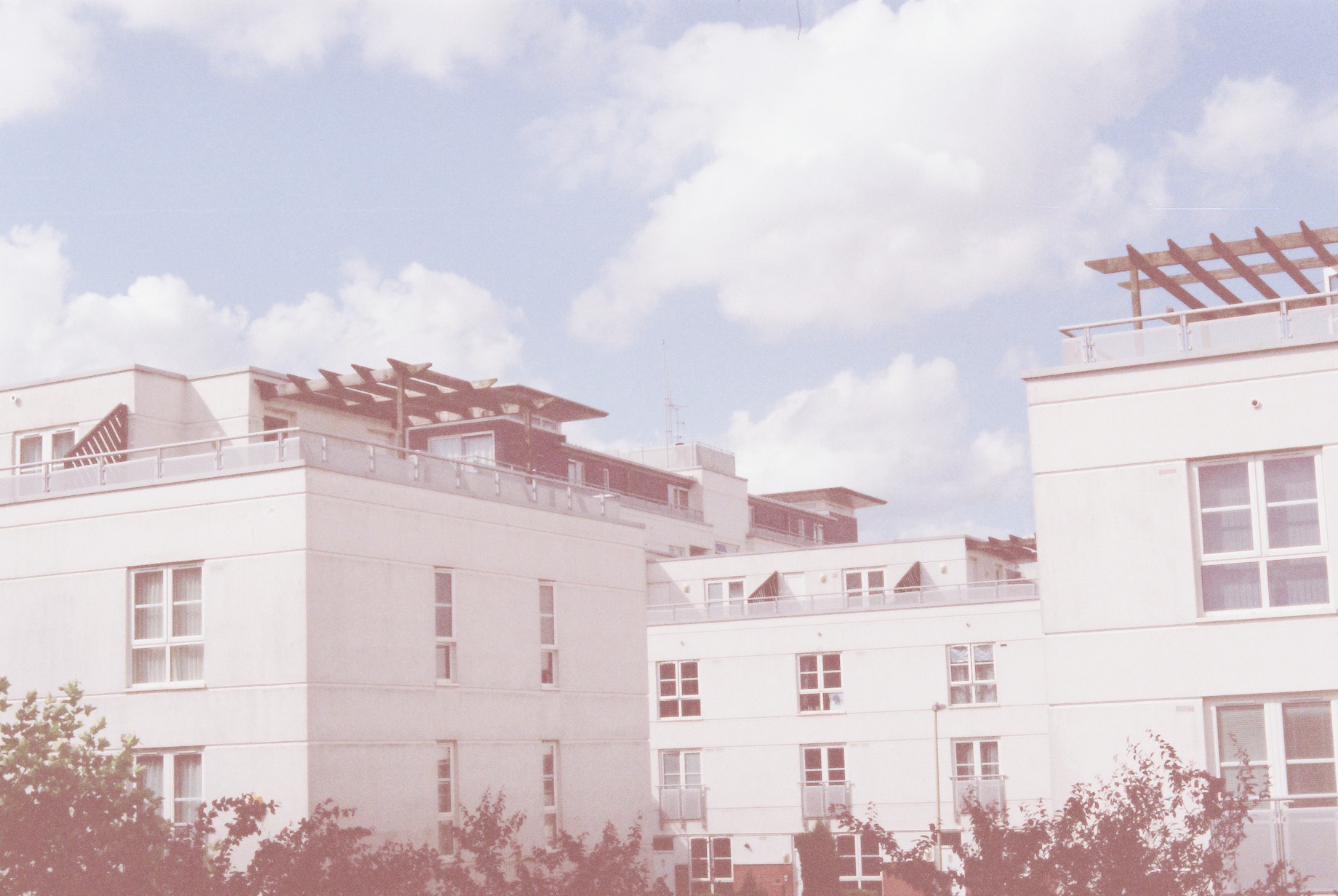 A few people were asking for the negatives that were returned for the film, please find them attached below: (my scanner is archaic and so quality is not great) 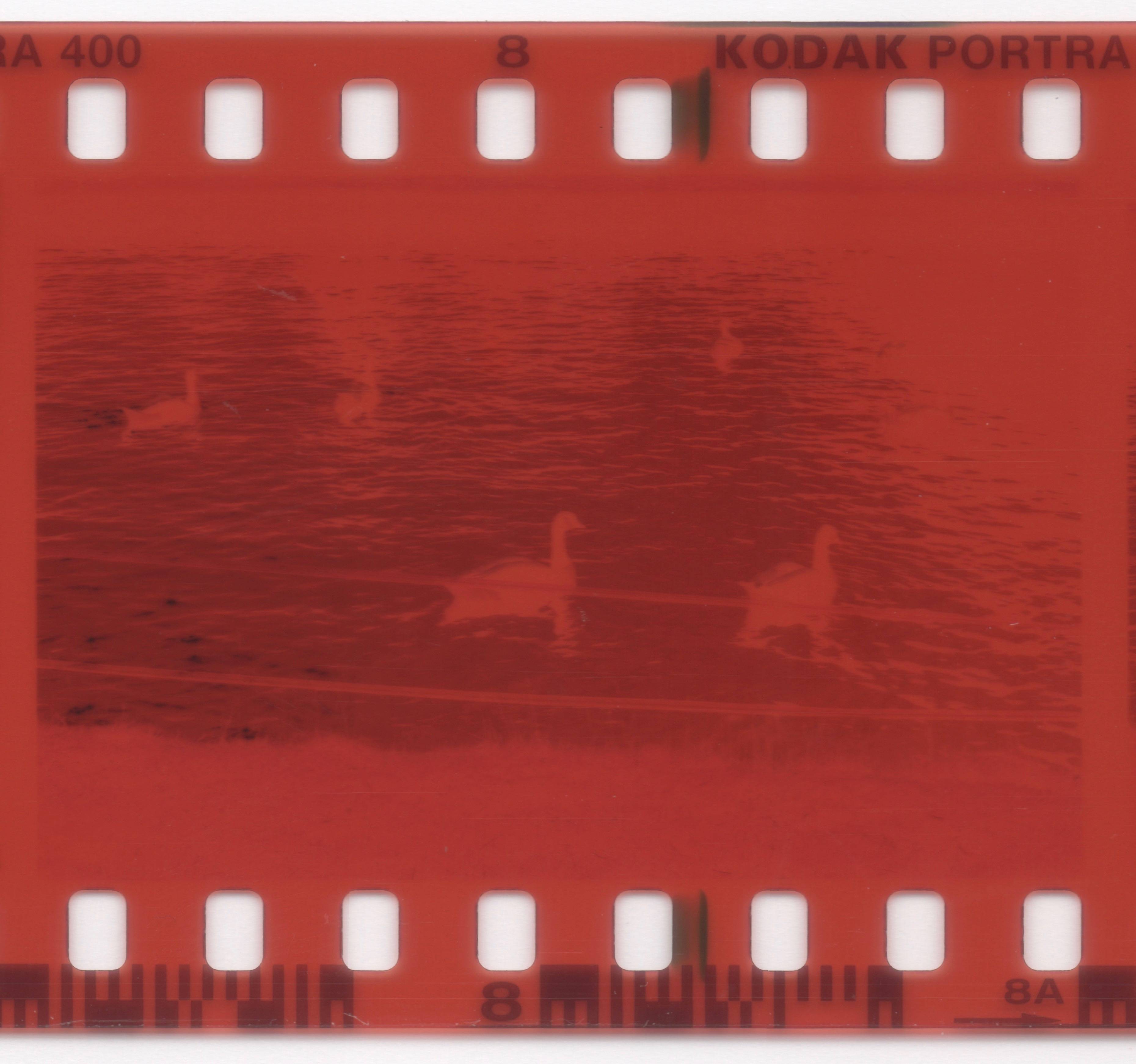 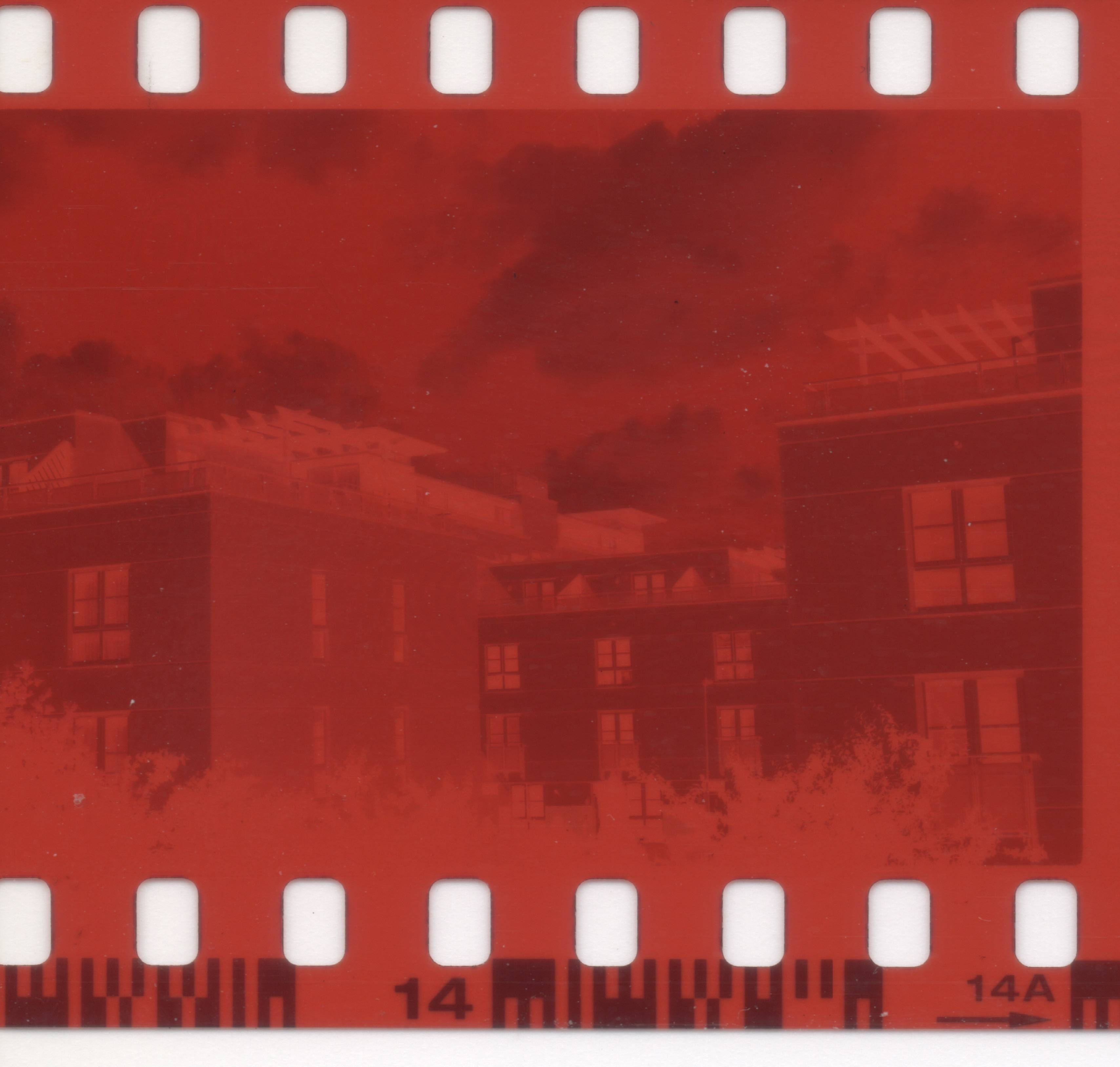 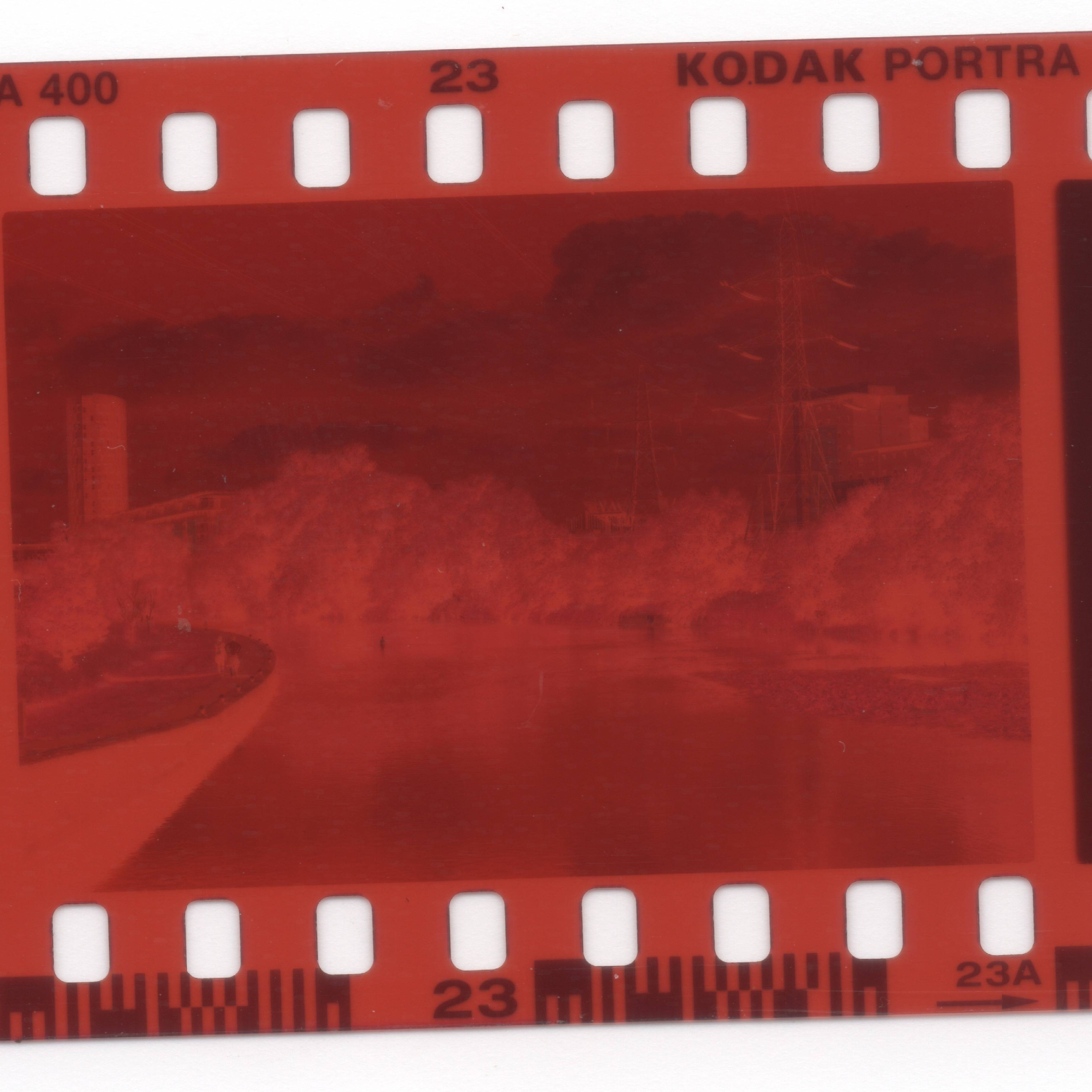 I think your images are probably underexposed, for whatever reason. Kodak Portra 400 is famously forgiving for overexposure, but much less so for underexposure — generally giving "muddy" low-contrast results in that case. You have very low-contrast / low dynamic range images "pushed up" into a higher register.

Check out this histogram (from your third example; the others are similar): 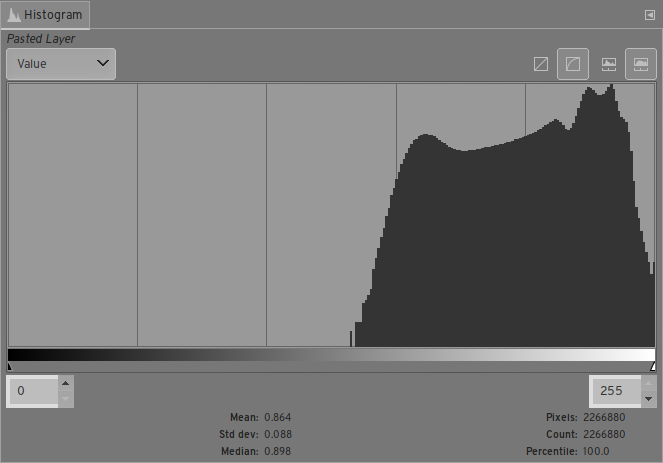 You can see that all the tones are actually well within the dynamic range of the file — although everything is in a high key, nothing is smashed up against the side. Arguably, these images are basically okay for exposure. The issue is that everything is low contrast and muddy.

We can use the Curves tool to stretch them out. That gives us a histogram like this: 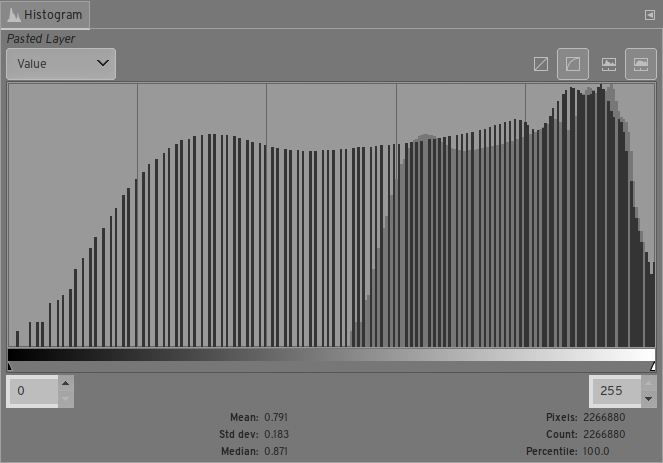 Now, we have darker darks and the midtones in the middle. The image: 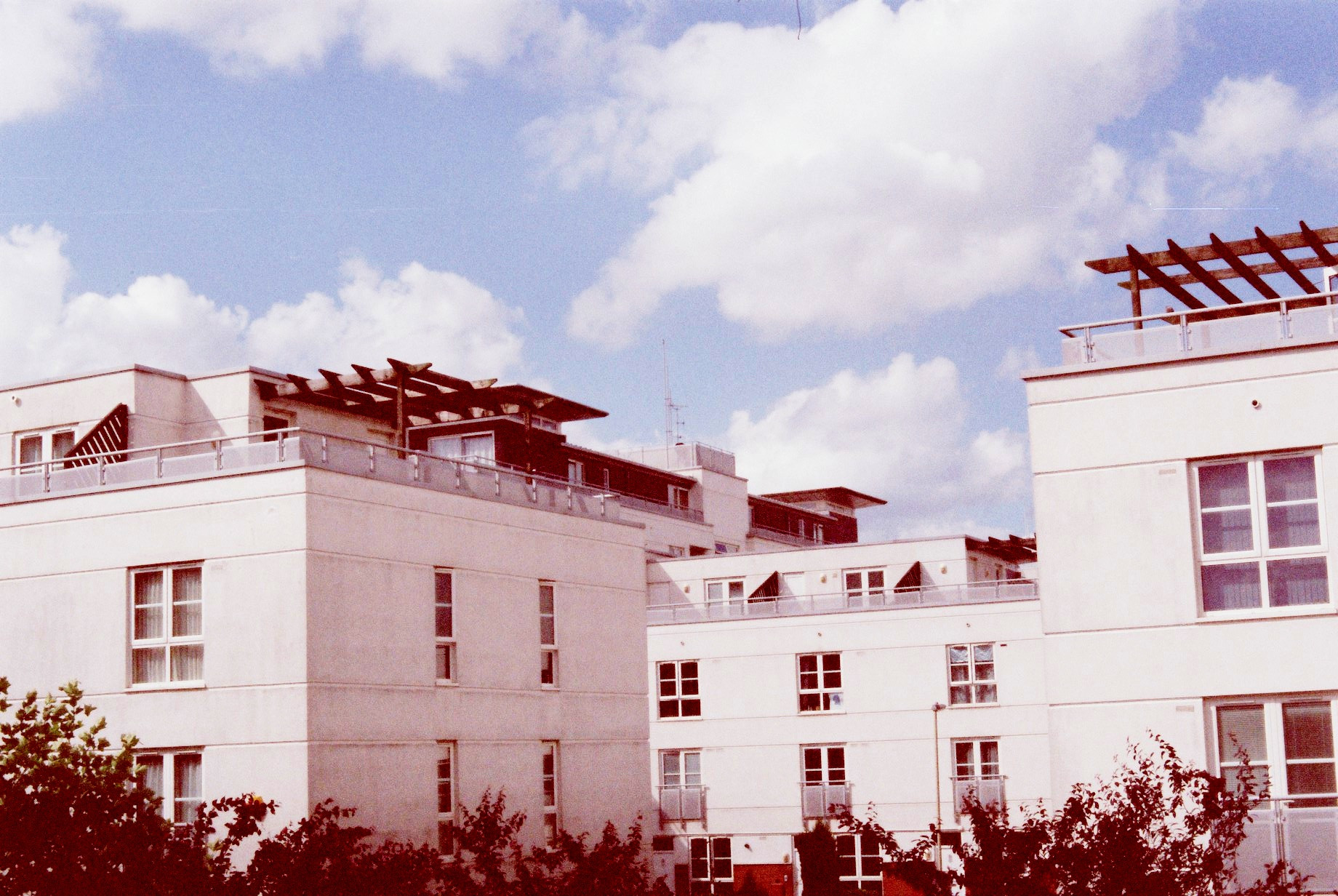 There's also a strong color cast, which we could have corrected while we were messing with curves, but didn't.

Low contrast, muddy images are exactly what to expect from underexposed Portra 400. So, I suspect that your images are actually significantly underexposed (for whatever reason), and that the lab is pushing them up to compensate as best they can. (Probably their scanning machine just does that.) 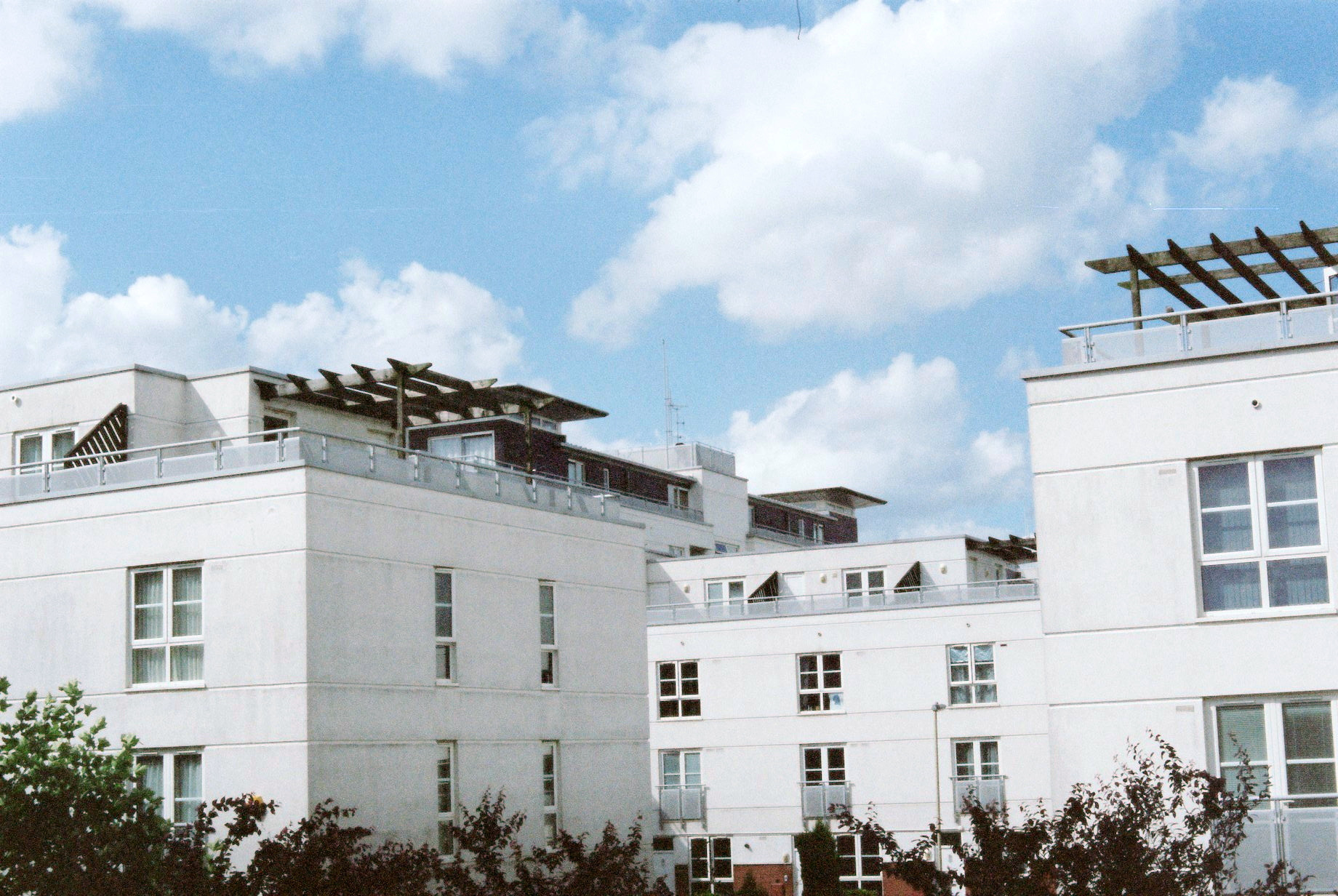 A. Maybe they have a higher-cost option where they do more correction? But,

B. I bet that if you start with more-brightly-exposed images, you won't need it. And in any case,

C. You should definitely expect better results than even the "corrected" version from Portra 400.

Let me guess: you scanned the negtive into digital files without any processing right?

For the reason of film science. you need at least one step to correct the color:

The most simple approach:

1，Import the scanned file into photoshop.

3, Holding the ALT and left click the 'Auto' buttom. 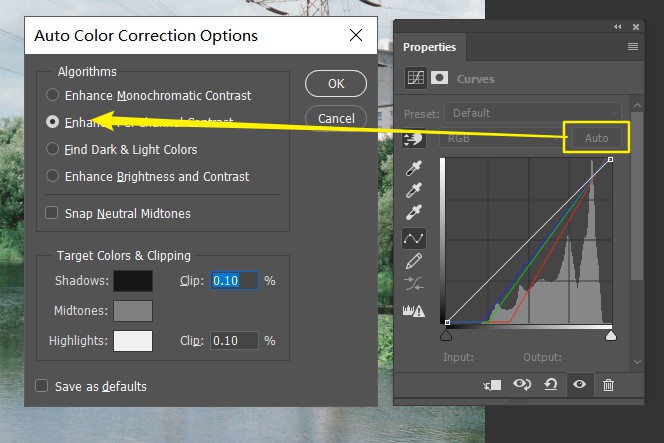 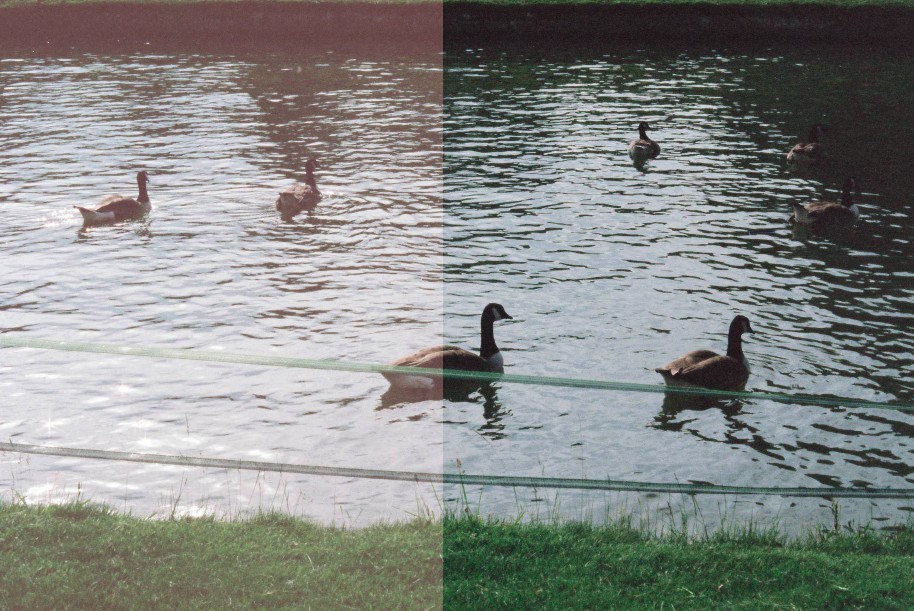 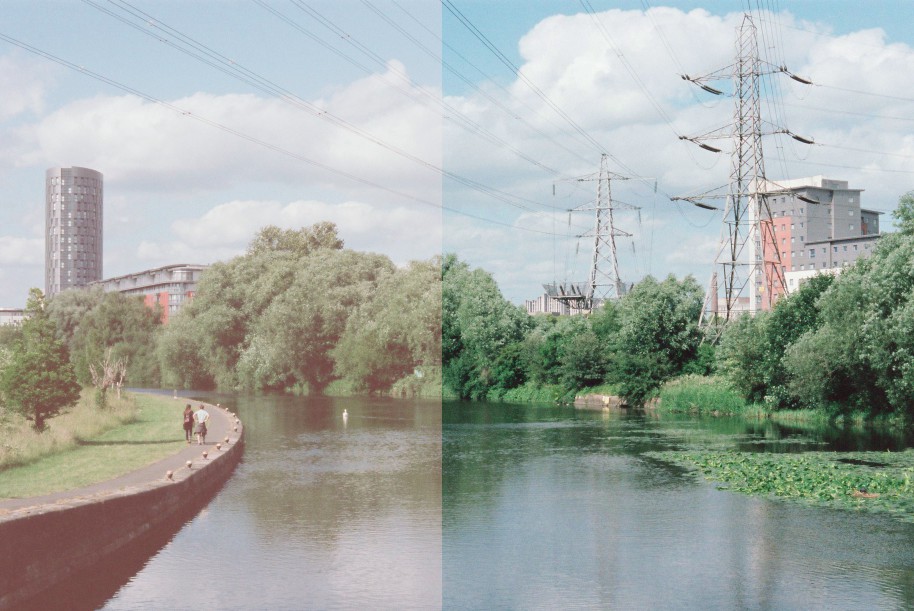 In adobe camera raw or other editing app you like, you can manually correct it by aligning the black point of each channel with the corresponding histogram. 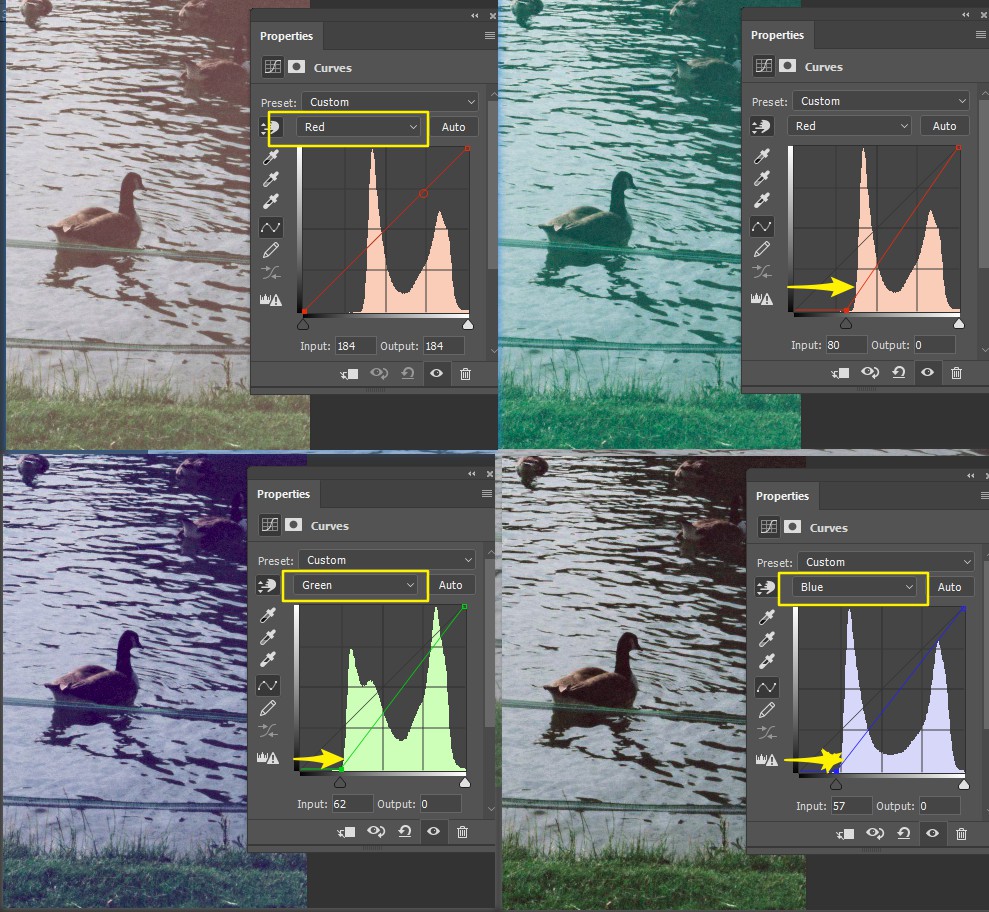 The color cast is because of the film base layer which corrects the spectural response of dyes of primay colors . You need to correct it with some adjustment.

(It is similar to the color matrix in digital camera.)

Please check the keywords in this answer if can't understand the steps above:

Hope you were helped by my poor english : )

These scans appear, to my eye, to suffer from poor color correction to remove the color cast of the negative. Specifically, they look overcorrected towards green in the negative which adds an orange cast back into the positive. The green cast is most noticeable in the darkest areas of the images and least noticeable in the brightest areas.

This also might be the result of overzealous correction to remove a green cast that is often evident when boosting the exposure of an underexposed or underdeveloped negative. But to know for sure we need to look at the negatives directly, rather than rely on what might have happened during the scanning stage.

Your images might be somewhat underexposed, but the real problem is bad (or complete lack of?) post processing. Even starting with the pictures you show as opposed to raw scans or tweaking the scanning parameters, they can be made to look much better: 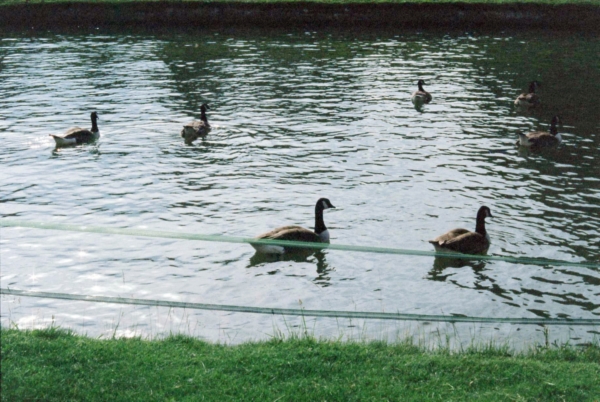 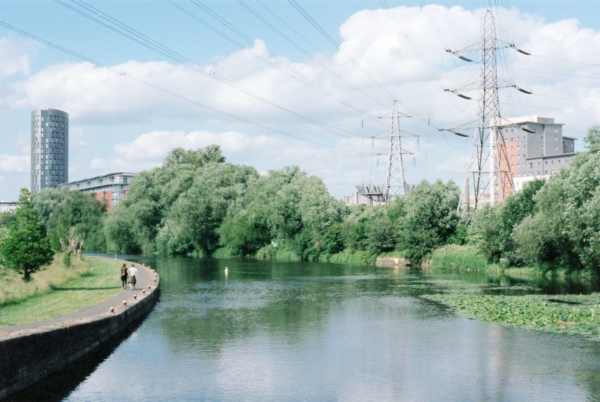 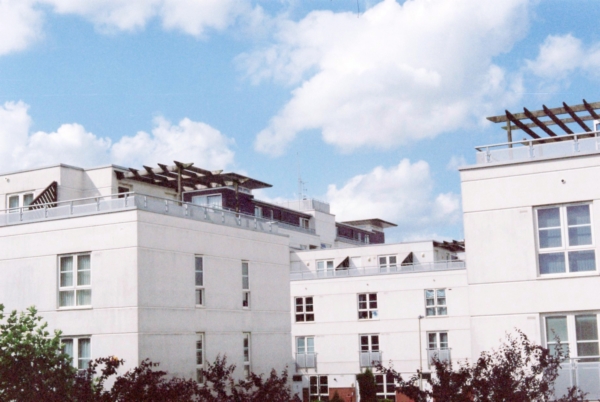 The noise and lack of definition in the dark areas hints at under-exposure. Take a look at the raw negatives.

Not the answer you're looking for? Browse other questions tagged canon exposure film pentax or ask your own question.

2
What Canon film SLR with EF/EF-S lens support should I get?
2
Why is my Canon EOS 40D getting wrong exposure after focusing screen change?
4
Orange and other artifacts in photos from film camera
5
Removing the curl from 35mm negative
1
Why are my Portra 400 pictures darker than Portra 160? Shouldn't higher ISO result in brighter pictures?
1
Washed out, low contrast pictures on 35mm
2
What causes "noise" in a low ISO 35mm film?
1
How to clean glue or adhesive from film?
11
Why are my sky photographs coming out dark?
3
Poorly scanned or poorly shot film roll?