What technique is used on old technical brochure pictures, which look like a "polished" or "smoothed" rendering?

I'm seeing a lot of old picture from probably 19xx till 1970 which have such a clean perfect look. For a better explanation, I added two examples. As in the comments mentioned, the second one is probably a painting. But sometimes those pictures are in color.

I have seen similar pictures in a technical museum. They really looked like "photographs" to me. And I cannot imagine that all those pictures got painted for a brochure of a product that wasn't sold in mass production. Some of the pictures also have an amazingly good perspective and "too much" details.

The third picture is from a brochure of the same machine in picture one. There are also some shadows visible which might underline the already suggested solution (Alan Marcus and Olin Lathrop) that it's (as often ;) ) that it is just about the "right" lighting. 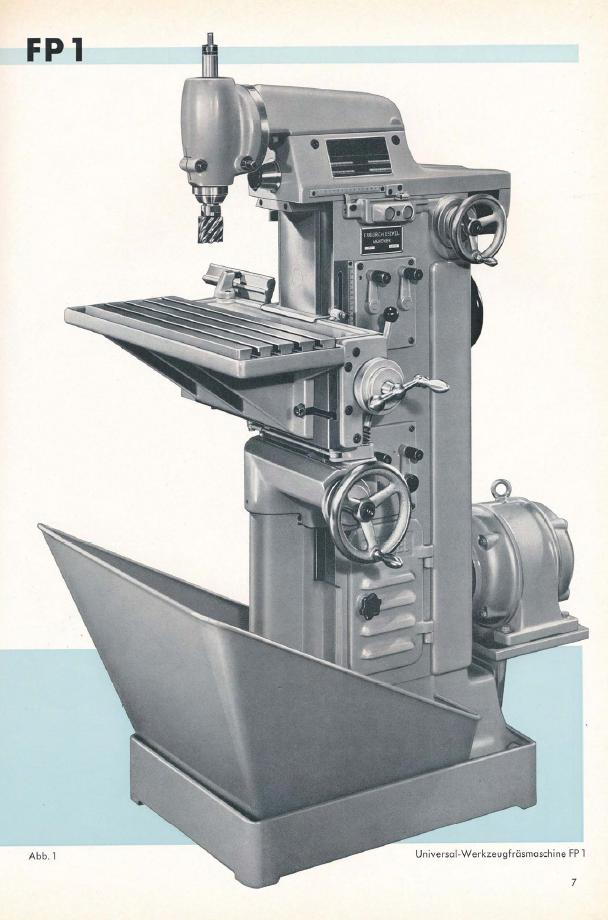 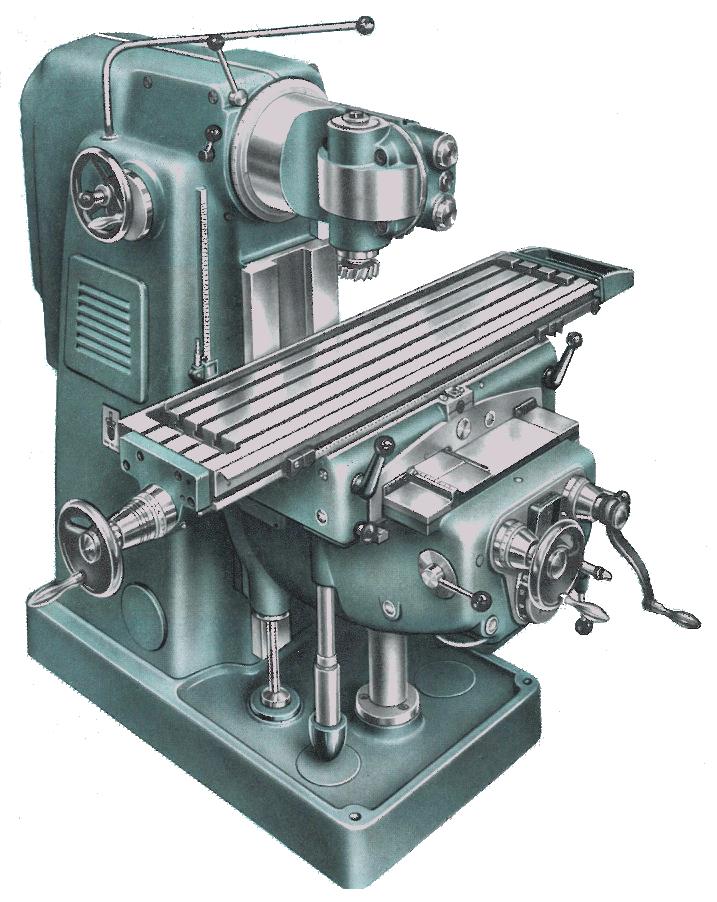 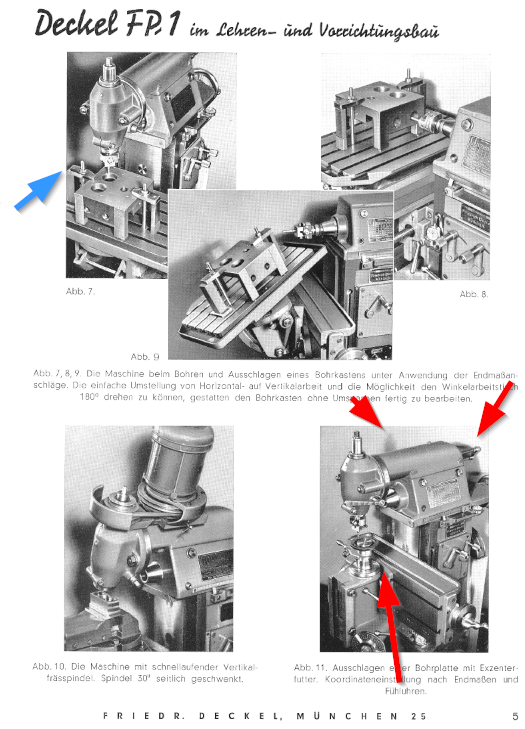 I've seen pictures that resulted in that look by what the photographer called "painting the back with a lightbulb". The camera was put on a tripod and the shutter opened in manual mode. A lightbulb at the end of a extension cord was the waved in a raster pattern behind the camera. This pattern would extend up to 45° to either side of the camera from the subject's point of view. You keep the lightbulb always behind the plane of the camera so that the light never gets into the lens directly. This might take a minute or so. Close the shutter when done.

The net effect is that the subject is illuminated with a very wide light source. Note that there are no point reflections in the pictures you show.

Additional contrast management and sometimes manual dodging during the printing process were used to create the final images. Back then, a print was the final "camera ready" original that was used to make ink-printed manuals and the like from.

I saw this technique in action in the early 1970s, and was surprised at the time how it could create the look that you show. I tried it myself on some machinery with intricate parts, and it really worked.

Commercial photography was and is a subset of photographic specialties practiced by professional photographers. The product is illumined by several lamps. These can be continuous or electronic flash. Lighting products like machines and merchandise is an acquired skill, lots and lots of practice. In that era, likely 4 X 5 inch sheet film was used. however, roll film works also.

After the picture was taken, the film was developed and printed. Careful attention was paid when printing on photo paper to get an optimum print. Optimum means a print with the proper contrast for what follows.

The finished photographic print was sent to the printer. At the printers, they used a razor knife, like a scalpel, and cut around the image. This cut-out was pasted to a white paper background. This past-up, with other images was taken to a process camera. This is a special camera that features a finely lined screen etched on glass that hovers a millimeter or so above the copy film. An alternative was to use a special copy film that has a built-in screen.

The purpose of the screen is to break up the continuous tones of the image into a halftone. This process makes a halftone negative image that consist of dots. The size and spacing of each dot is proportional to the various shades of gray on the original print.

The halftone negative is then exposed onto a zinc plate coated with a special photographic emulsion. When developed the emulsion on the plate is present or absent in proportion to the halftone dots. The plate is now immersed in an acid bath that will etch the plate. The result is a relief image that resembles a rubber stamp. The plate is locked into a printing press and inked. The inked plate is pressed against printing paper. The ink transfers to the printing paper and the result is a printed catalog ready to be mailed to perspective buyers. This process falls into the category of what is loosely called “lithography”.

Not the answer you're looking for? Browse other questions tagged technique style or ask your own question.

0
What settings do I have to use to take pictures like this one by S Dot B?