Why is the aperture of this old lens showing as centered blue glare?

I just bought a old Minolta MD Zoom 35-135mm 1:3.5-4.5 lens together with two old Minolta SLRs to get into film photography.

Before using actual film I adapted it to my Canon 600D (using a no-name MD-EOS adapter) to play around with the lens. I quickly noticed a blue glare/flare in the center of the image. I then noticed that it is the opening of the aperture I see in the photos. See the example shots below were I opened the aperture from f32 downwards.

Why is the aperture showing up and can I prevent that?

Will this also show up when using the SLRs it was built for? 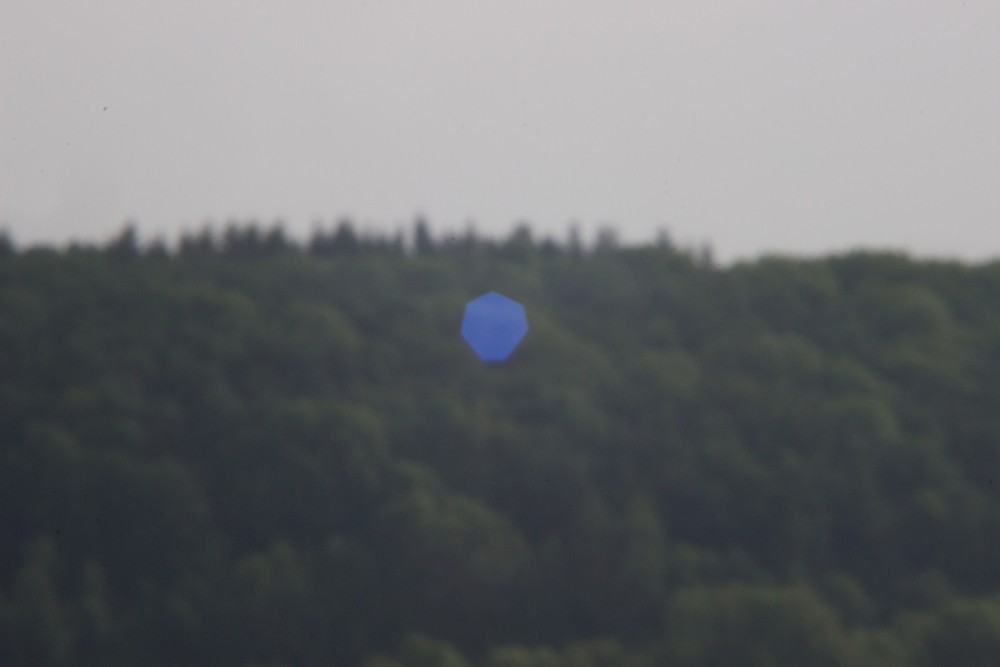 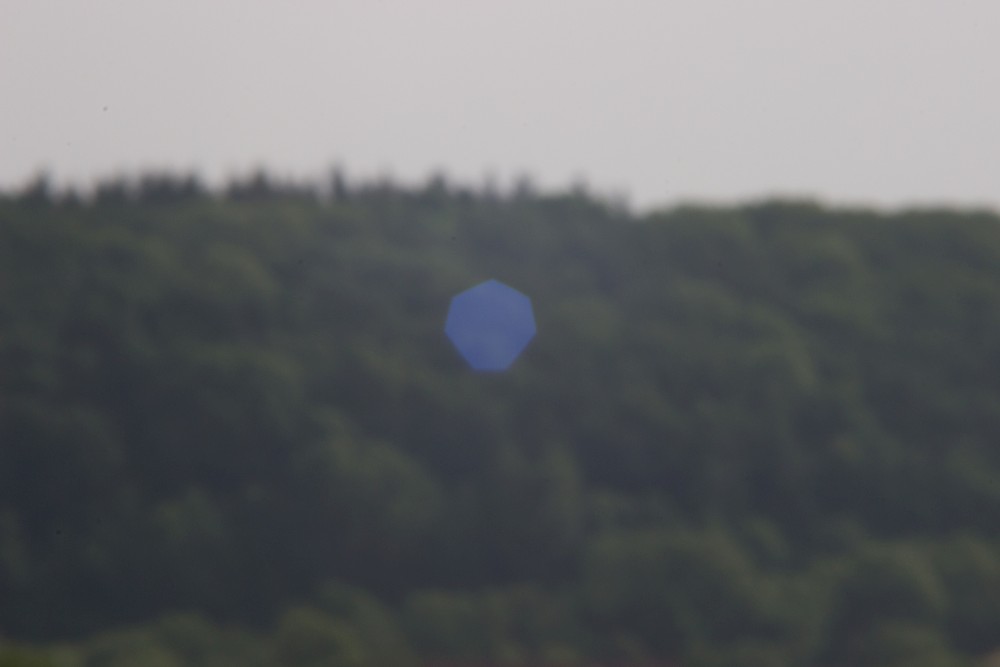 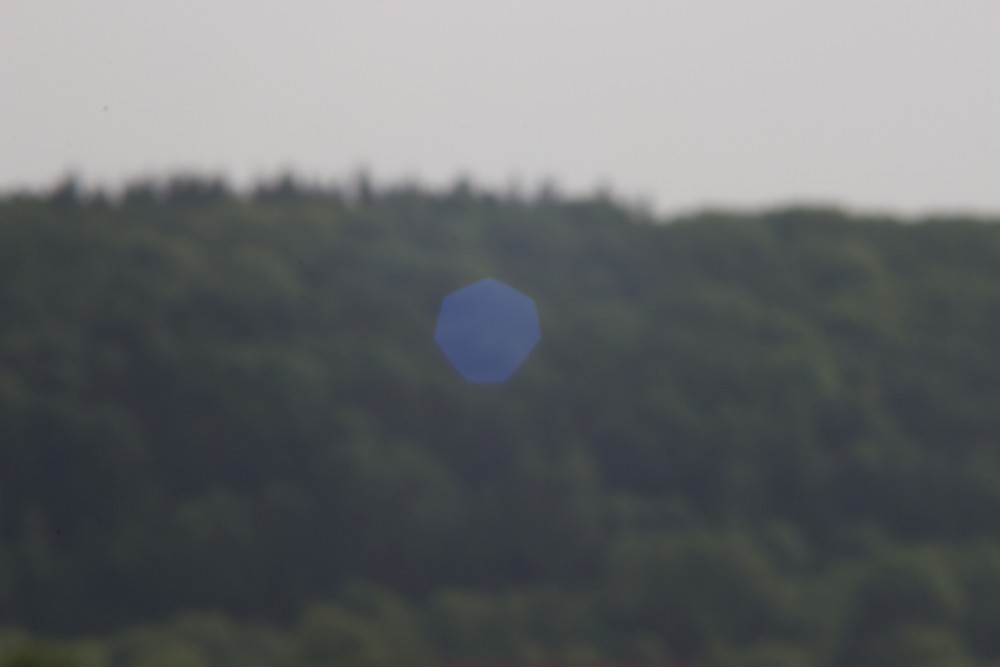 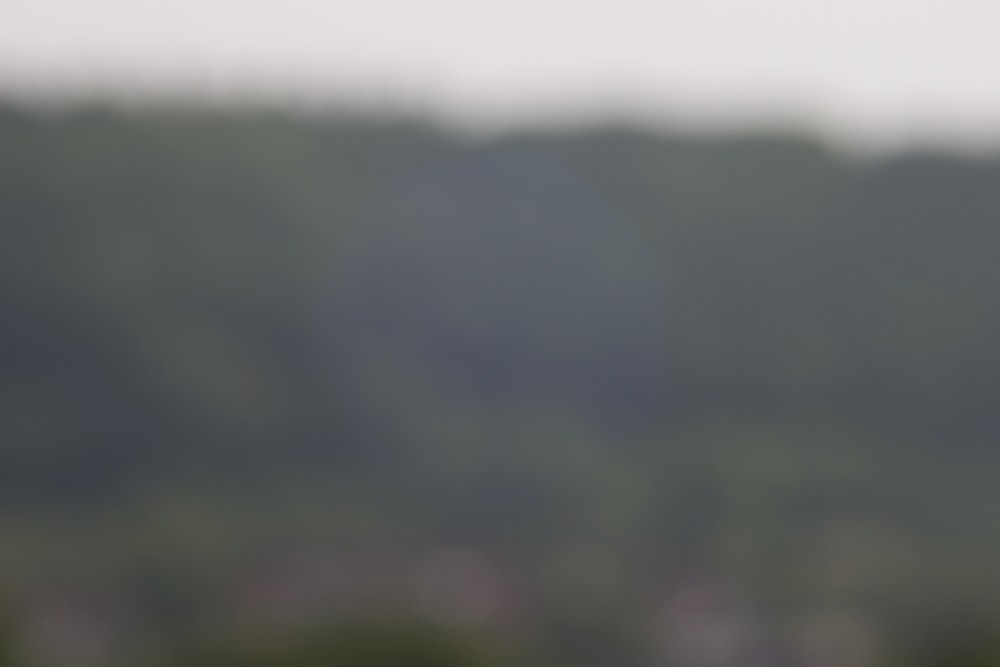 Yes, that's because the adapter you're using - it is not possible to adapt Minolta MC/MD lenses to Canon EF while retaining focus to infinity without an adapter that has corrective optics (and additional crop factor) due to focal flange distance of Minolta mount. So what you see is a reflection of the adapter glass element. I've never seen reflection like that on properly used lens on the same mount camera, I've been using Minolta mount cameras and lenses for quite some time. Have no fear, there would be no issues like that on a proper film camera. You could try the lens on any mirrorless camera, they are a much better choice for adapting Minolta lenses than any DSLR out there.

If I'm right, this won't happen using the lens with a film SLR.

Edit: As others have pointed out in the comments, since the adapter you are using has an optical element it's most likely that this is the source of the reflections. It's likely that the coating on a cheap adapter is of inferior quality. A higher quality adapter may well not show this issue, and in any case it should not show on the original film SLR where the adapter wont be required.

Not the answer you're looking for? Browse other questions tagged lens aperture optics old-lenses lens-flare or ask your own question.

8
Which setup should I choose for taking pictures of Trick-or-Treaters tonight?
3
Why does an aperture crop the image when you look through a lens itself but not when you look through the viewfinder?
2
Why does oil leak from the aperture ring of old lenses?
0
Photos imported into Aperture aren't showing up — why not?
1
Why did Pentax change to open-aperture metering when this causes the need to stop-down for old lenses?
5
Does opening the aperture improve color contrast? (Open aperture producing more punchy colors / closed aperture more dull colors?)
8
What is this old 50mm f/1.9 lens?
2
How to figure out the order of lens elements in the rear group?
2
focal length to aperture relation while zooming - is my russian lens lying to me?