How do I choose a lens for a “glow in the dark” indoor/lowlight event?

I was recently asked by a friend to take to pictures at a “Glow in the dark” event center meaning that it’ll consist of low light environment. I have a 320 EX III speedlite that I can use, but I would like to stay away from it if possible. I have three lenses:

I shoot on a 6D Mark II. Within the lenses I have what lens would you say will work best? How do I choose from these three (or other) lenses?

I’m a beginner and I’m still trying to improve my equipment collection so any advice would be deeply appreciated.

I generally stop most wide aperture prime lenses down a click or two. The EF 50mm f/1.8 II is quite a bit better at f/2.2 than f/1.8 or even f/2. In this situation, though, that might not really matter as much as in other low light situations that still have a lot more light than typical "glow" situations.

Don't be afraid to use long shutter times to catch the movement of the "glow". Be sure to use good camera stabilization techniques!

Save your images in raw format. You're going to need to work them a lot in post to get them looking their best. You can pull a variety of different looks out of them. Don't expect them to be studio perfect, either! They're going to be a bit noisy, a bit blurry, etc.

These were taken at a high school pep rally before the "blackout" game where the team wears black jerseys instead of their normal red ones. The strip lights on the floor were black lights. All were taken handheld. When I got there the pep rally had just started and my EF 24-105mm f/4 was on the camera. I took a few with very long shutter times and IS on before swapping out to the EF 50mm f/1.4. 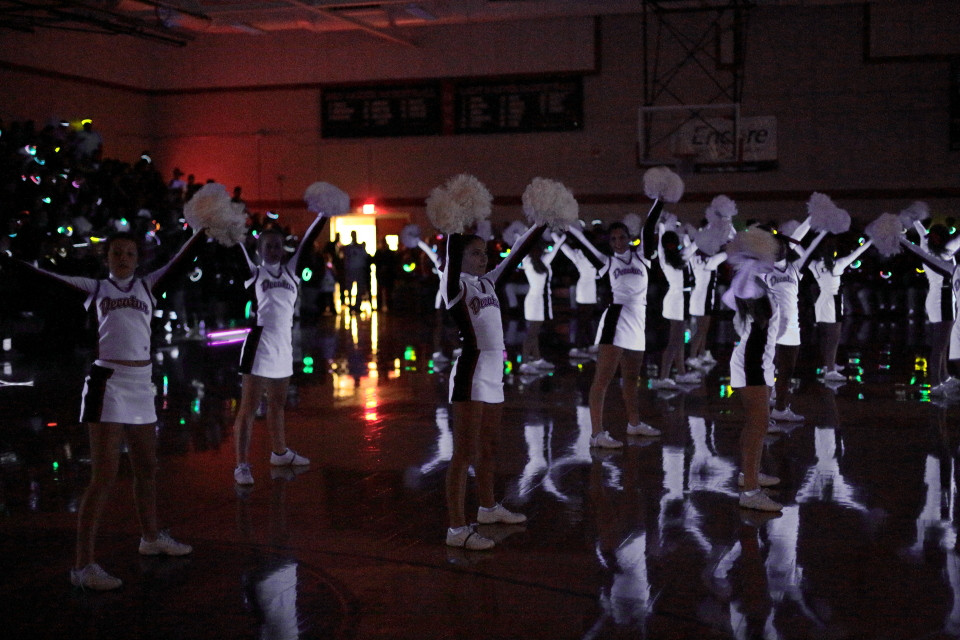 Canon EOS 5D Mark III + EF 50mm f/1.4. ISO 6400, f/2, 1/50 sec. I used the Hue-Saturation-Luminance tool to pull most of the magenta and purple out of the white cheerleader uniforms and their reflections on the very glossy gym floor. 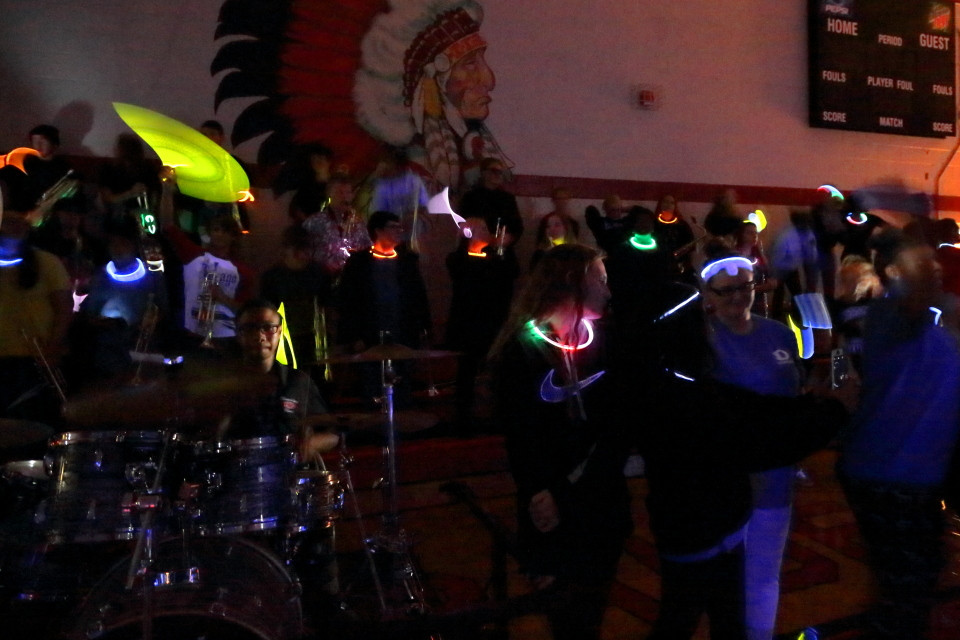 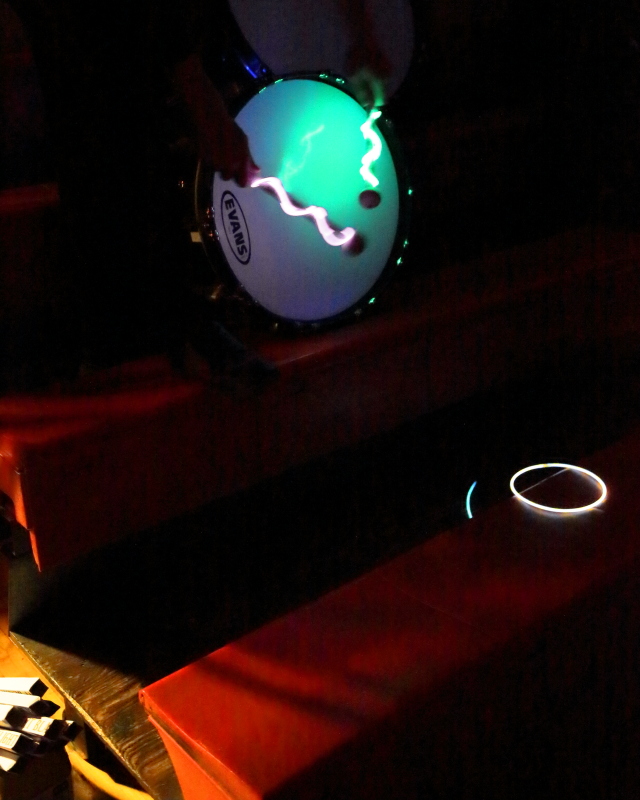 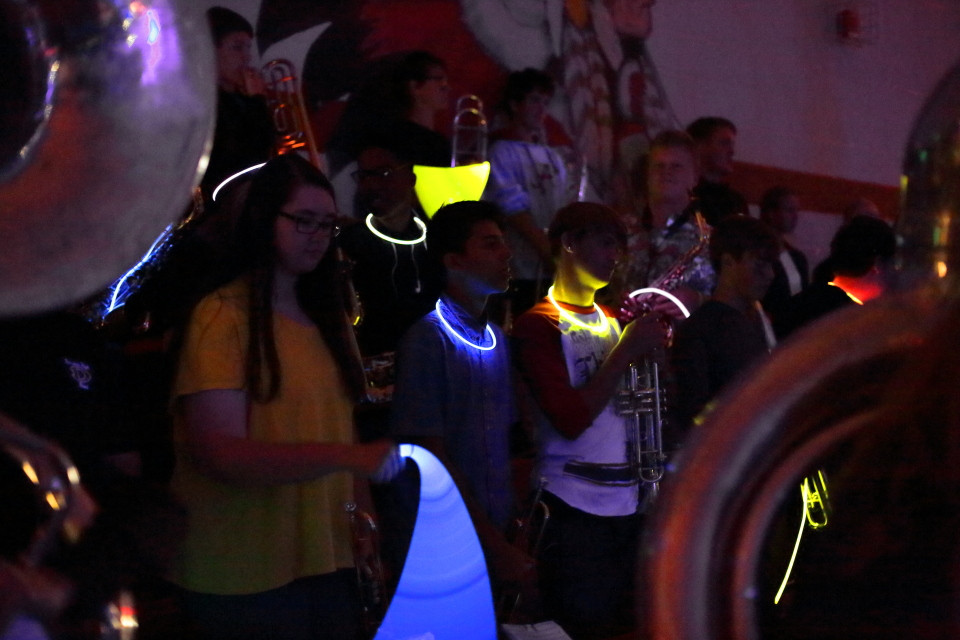 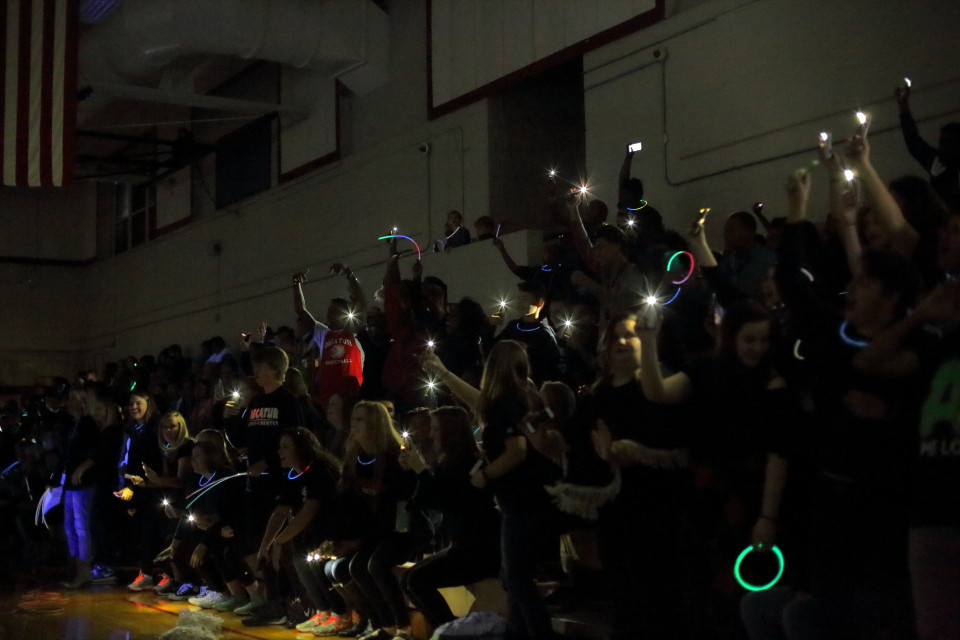 As posed, the answer to your question is the 50mm 1.8. The way you've described the event makes it sound like it will be very low light but that you will have unlimited access. Correct me if I'm wrong on either front.

Most beginners acquire a sensibility for exposure fairly quickly, especially since current DSLRs manage these variables quite well even in degraded environments. Focus, on the other hand is quite tricky. To make sure you get the focus right in such an environment you need all the help you can get. That is why I recommend the 50mm lens. At any given aperture setting your depth of focus will be 3 times greater with the 50mm than it will be with the 85mm.

Choose the widest aperture where you know you will get the shot in focus. Then select an ISO that gives you an exposure short enough to avoid blur.

Finally, you could purchase another lens such as a f/1.4 or f/1 lens. I doubt that they payoff in noise reduction (via lower aperture) will be worth it, especially since you may struggle to focus the faster lenses. You could pick up a 35mm f/1.4 to extend the aperture range and/or depth of field further but I'm not sure it would help you enough to be worth it.

You might also look into enabling the AF assist lamp on your camera so that your autofocus works in the dark. This has been discussed on SE before.

I would totally go with the 24mm-105 for the wider FOV. You can get close, expansive shots. The 85mm and 50mm are too limiting, if slightly larger maximum aperture.

I did event/news photography for years, pre and post digital. Sometimes the only lens I needed was a 24mm if I could get close. Having a 24-105 gives you a lot of options.

Not the answer you're looking for? Browse other questions tagged lens low-light or ask your own question.

9
Best ways of photographing at a concert/festival
8
How does TTL flash work in manual exposure mode?
4
Does Canon have an AF assist light on camera?
2
How is the illusion of light streaks achieved in this photo?
0
Low light photography using Nikon D90

1
Will a short focal length cut it for indoor event photography? (Context: It's Crowded, Dark, Has Mixed Lighting, and Requires Walking Around.)
5
How can I capture vivid color and detail in relatively dark, indoor cafe?
2
How to choose lens for macro photography?
3
How do I take indoor photographs in dark lit rooms?
0
how to choose the lens for optical system?
2
Lens for cosplay shooting at events on DX sensor